Education: Learning how to learn 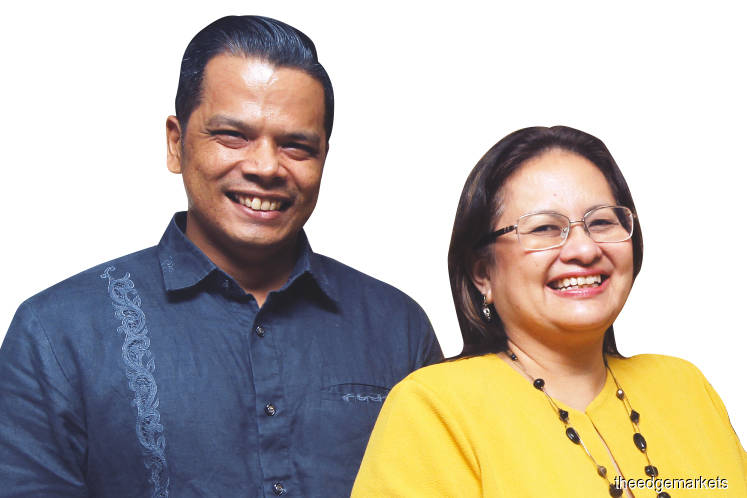 Not a day goes by without the Malaysian education system coming under heavy scrutiny and criticism. Be it the legacy top-down classroom model or its cookie-cutter curriculum, most people agree that the current structure does not inspire individualism, creativity and critical thinking.

Recognising the validity of these criticisms (which were supported by data that showed a lack of employability among those who had gone through the system), sovereign wealth fund Khazanah Nasional Bhd felt that an intervention was necessary. In 2009, it set up LeapEd Services Sdn Bhd, a social enterprise that focuses on developing a holistic education structure.

As Khazanah has an inherent interest in the grooming of future leaders, it needed to help produce graduates that embodied abilities critical to the ever-evolving labour market, says LeapEd general manager of corporate services Conrad Roy Fernandez. “The employability of graduates was a serious concern because our students were ‘book smart’ but faced a bit of a challenge when it came to thinking creatively and solving problems.”

The trick was figuring out the right point to stage an intervention in one’s educational journey, he adds. “The most convenient way would be to start at the tertiary institutions. But that also means we only have three to five years to instil the qualitative skills we hope to inculcate.

“So, we decided to go down further to the primary and secondary schools. That would give us 10 to 12 years to mould them to develop skills needed in the 21st century.”

Despite the fact that the country has made great strides in improving access to education since gaining independence in 1957, Malaysian pupils perform poorly in international tests. In Asia, Malaysia is only ahead of Indonesia, according to research conducted by the Organisation for Economic Cooperation and Development’s Programme for International Student Assessment.

With that came the inception of the Trust Schools Programme (TSP) in 2011 — a public-private partnership initiative by LeapEd aimed at developing holistic students with 21st century learning capabilities. Inspired by education reforms such as the US charter schools and similar endeavours in Finland, Sweden and the UK, the programme allows schools greater autonomy. For the most part, such programmes have been effective in raising standards with its more progressive approach to learning and classroom practice.

Executed in collaboration with the Ministry of Education and Yayasan AMIR, the programme is structured in such a way that it can be customised according to the requirements of the schools. “What is quite unique about TSP is that we do not introduce a new curriculum. We work with the existing infrastructure — teachers, senior leadership and students. It is not about going in and changing the syllabus or introducing a lot of new programmes,” says Fernandez.

“When we talk about improving student outcomes, it is not so much in terms of what they are learning, but how they are learning the subjects. It is about going back to the basics, going into the classroom and encouraging that curiosity to learn. Essentially, it is about learning how to learn.

“We do not really focus on academic achievement. We create a classroom environment where the students’ potential can be developed. We need to build the confidence of the students so they can communicate. I think this skill set is more critical right now.”

He is not discounting the importance of academic achievement, but rather placing it alongside the nurturing of soft skills. The programme was designed in such a manner because the capabilities of the teachers and the needs of the students across the country varies. A customisable model ensures sustainability, Fernandez stresses.

“We have moved away from traditional learning. We have this concept in education called differentiation. It is being able to recognise that each student has different needs and you cannot have a one-size-fits-all approach,” he says.

“That is how we are helping to improve student outcomes — by creating conditions where every student can maximise his or her potential and be engaged in the process of learning.”

As of last year, the programme had impacted more than 65,000 students in 83 schools across 12 states in the country.

“As a social enterprise, we reinvest all that we have earned in the last eight years in R&D for the betterment of the education system in Malaysia. We believe that every child deserves the opportunity to access a greater future. The best way to change lives is through education,” says Fernandez.

He adds that the TSP is designed to transform the existing system, starting from the Ministry of Education to the offices and schools at the district level. “We look at how we can influence a school via its leaders, who are the teachers. We look at the students and, obviously, the communities and families. The idea is to implement an intervention that involves the whole ecosystem.

“This is the only way we can bring about sustainable change. We do so by aligning our goals with the National Education Blueprint to improve the schools in the country within 15 years.”

Based on international best practices

LeapEd general manager of educational development Nina Adlan Disney says the programme was designed based on international best practices. The idea was to ensure that students are equipped with essential skills such as confidence, communication and creativity. In turn, these attributes will hopefully help them grow into critical thinkers, self-directed learners and problem solvers, among others.

To ensure the sustainability of the TSP, LeapEd established DTP-AMAN to initiate a state-wide education transformation. “The aspiration is that the entire school system will benefit from the top down, instead of simply implementing stop-gap measures at the school level,” says Nina.

As a result of its initial success, LeapEd developed intervention strategies for other types of schools as well. For example, the Ground-up School Transformation programme focuses on underperforming schools, whose students are mainly from families and communities at the low-end of the socio-economic scale. Similarly, there is the Islamic School Enhancement Programme and Program Sekolah Transformasi.

“The programmes are meant to be internalised. That is why we work with the school leaders — the teachers and administrators. We get them involved from day one so that at the end of the three or five-year duration, these administrators are leading the change and effecting subsequent changes,” she says.

“The TSP has gone through several iterations since it was initiated. Over the nine years, we have learnt a lot and are moving away from having something very scripted to incorporating design thinking together with the schools.”

The ultimate goal is to move into Education 3.0, which is self-directed learning. “We are currently in 12 states and we have about 90 schools at the TSP 1.0 and TSP 2.0 levels,” says Nina.

“So, that is one of our key sustainability strategies. If you get the middle leaders on board, they will perpetuate the TSP culture.”

Fernandez says LeapEd keeps tabs on the schools’ progress over two years and conducts reviews to ensure that the practices are embedded in the schools’ culture. “We worked with a high performing secondary school in Pahang whose students are very good academically, but the school wanted more holistic outcomes. We identified suitable programmes and divided them into three segments — for leaders, middle leaders and teachers.

“We modularised and delivered the programmes to the targeted groups. You do not have to employ the entire TSP syllabus all the time to create transformation. You can just focus on one area, such as schools’ senior leadership or middle leadership, and spot the areas that need enhancements.

The implementation of TSP has seen greater involvement from parents. “Parents feel that there is better communication between them and the schools now and they understand what is happening at the schools. For example, in Johor, parents are lending a hand during Moral classes,” he says.

He explains that in the Finnish system, there are no mandated standardised tests, apart from one exam at the end of the students’ senior year in high school. There are no rankings, no comparisons or competition between students, schools or regions. The schools in Finland are also publicly funded.

“To me, the biggest lesson that we can draw from Finland is the fact that we just have to be very clear about what our priorities are and what we will work towards. For that to happen, we have to have engaged teachers and learners,” says Fernandez.

The endgame is to make public schools the preferred choice for parents. Right now, many have opted to send their children to private schools for a more holistic education, he adds. “But ever since TSP was introduced, we have observed that the waiting lists of some of the [public] schools are getting longer.”