Corporate
From The Edge
Personal Wealth 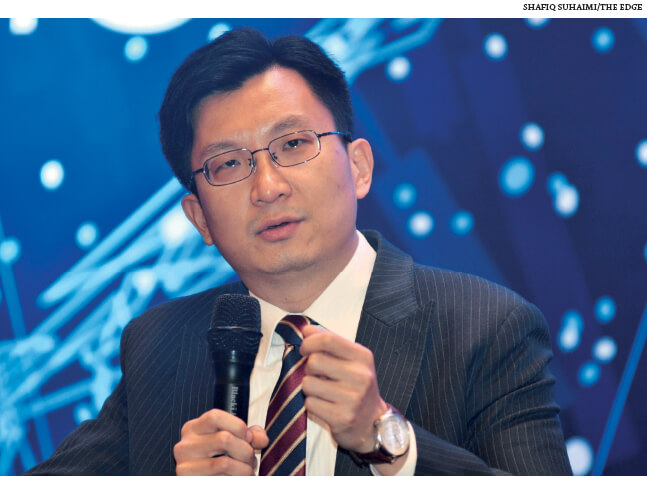 The current market environment has become very attractive to institutional investors like us. It is easier for us to generate fairly high returns from the bond market as long as we do our research. > Lu

Corporate bond yields in China have gone up significantly as investors stayed away from this asset class last year due to an increase in the default rate. This represents a good opportunity in the country’s bond space, BlackRock’s China investment strategist Lu Wenjie said at the recent The Edge-Citigold Wealth Forum 2019.

According to Lu, the default rate of corporate bonds in China rose threefold to 1.2% last year from 0.4% in 2017. As a result, local investors panicked and fled the market.

The price of some AAA-rated corporate bonds has fallen sharply while yields have jumped to about 10% from 3% previously.

“The current market environment has become very attractive to institutional investors like us. It is easier for us to generate fairly high returns from the bond market as long as we do our research,” said Lu.

During his session, titled “China: Real reform, real progress”, he said the surge in the default rate was due to the Chinese government’s deleveraging efforts that were launched in 2017. As a result, zombie firms were allowed to fail while the credit supply of shadow banking firms slowed to -10% last year from a growth of 20% in the previous year. “We believe the financial deleveraging process will continue and will spread to more sectors,” he added.

Meanwhile, Chinese equities are being traded at reasonably low levels and could look attractive to some investors, said Lu.

Should investors be worried about the unresolved US-China trade war? Lu was not overly concerned about the event, saying that its impact on China’s economic growth over the short term could be partly compensated by the country’s loosening monetary policy and increased infrastructure spending.

“Quantitative analysis tells us that if the trade talks fail, it could reduce China’s GDP by 1% in the worst-case scenario. However, the impact could be mitigated [and the fall could be reduced to between] 0.2% and 0.3% by the Chinese government’s policies. The short-term risk [of investing in the China market] is protected,” he added.

However, foreign investors’ ability to get sustainable returns from the Chinese stock markets hinges on the government’s structural reforms. These reforms are expected to open up China’s economy and provide foreign investors and businesses with a fairer and more conducive environment.

Contrary to what many people believe, the external pressure exerted by the US may have a positive effect on China. Without such pressure, Lu said, China may be inclined to choose the easy way out when its economy goes down.

For instance, in the past the Chinese government loosened its regulatory controls on its property market to stimulate the economy. But such a move will not benefit the country in the long term as household debt will quickly build up. “Such measures could be quite detrimental to the sustainability of its economic growth,” said Lu.

So far, global investors have shown some confidence in the Chinese bond and equity markets. The inflow of foreign funds into China’s capital markets increased substantially last year, said Lu.

“The [foreign] inflows were also due to the inclusion of China bonds and equities in global indices. However, this means foreign investors now have a bigger influence on the markets,” he added.

The presence of more foreign institutional investors could bring stability to prices as their trade decisions are made based on economic and companies’ fundamentals rather than speculation, said Lu.