The Edge-Citigold Wealth Forum 2018: Focus on corporate earnings amid uncertainty 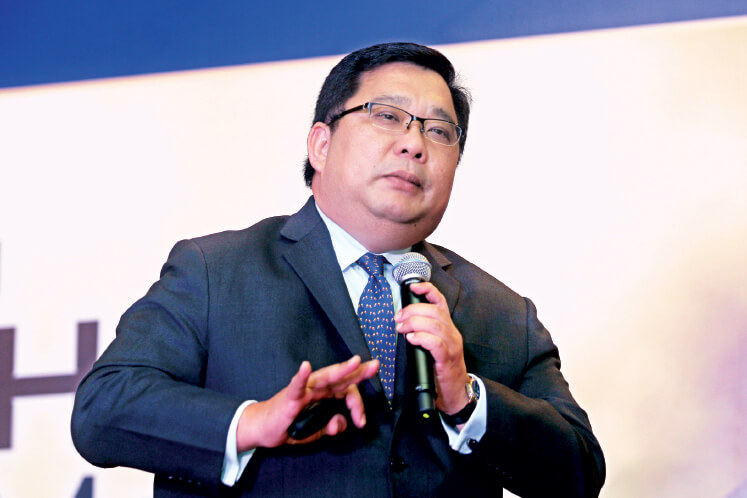 I see banks delivering very good earnings this year, which explains why we have seen a lot of interest in banks so far. > Teng

Investors should stay focused on corporate earnings growth to ride out the short-term uncertainty in the local market. This was one of the key points made by Teng Chee Wai, managing director of Affin Hwang Asset Management Bhd, at The Edge-Citigold Wealth Forum 2018.

During his presentation, “Brace for turbulence — positioning ourselves for the long haul”, Teng said that while corporate earnings in the broader market have not been strong, some sectors continue to report solid growth.

“If earnings come in at 6% to 8%, I think that will hold the market up to some extent. I see banks delivering very good earnings this year, which explains why we have seen a lot of interest in banks so far,” he added.

Malaysia’s glove manufacturing industry also impressed, said Teng. “Glove companies in the country are benefiting from the closure of [some vinyl glove] factories in China and we are seeing good earnings numbers as a result. For instance, Top Glove Corp Bhd just reported that its quarterly numbers are up more than 30%.”

However, certain exporters aren’t doing very well, he added. “Right now, unless you have invested in these very narrow sectors, you are not going to see too many benefits.”

From a broader market perspective, earnings have not been strong. While the FBM KLCI is up 4.13% year to date (as at March 20), the FBM Small Cap Index is down 8.96%.

“Some 98% of the funds underperformed over the last two months because the narrowness of the market performance is such that if you are not in banking or large-cap retail stocks such as Nestlé or Carlsberg, you are gone,” said Teng.

He added that by now, the traditional pre-election stock market rally would have been long gone. “Looking at the historical data, we find that the best time to invest in the stock market is eight months before the general election. If the election is called next month, then you have missed the boat and I advise you to not jump into another boat that may sink!” he quipped.

On the country’s upcoming 14th general election, Teng took a pragmatic view, saying that the market is counting on continuity in government. “I get the sense that the government will remain unchanged. And since it is going to play out like that, I do not expect any surprises in the marketplace post-election,” he said.

As the investment community is anticipating continuity in government, “the market will typically do better once this period of uncertainty is behind us”, said Teng. “The market will go back to focusing on the fundamentals of the economy.”

To offset these pockets of uncertainty, he advised investors to maintain defensive positions in their portfolios, for instance, by holding on to larger cash positions. “This should be the year for investors to remain diversified, whether by geographical coverage, sector, asset class or currency. How much you want to put into equities versus fixed income depends on how much sleep you want to have at night,” he said.

A particular area of concern has to do with US President Donald Trump’s ongoing protectionist agenda. “I get uncomfortable talking about this because I am not sure if the tariffs he has implemented have been fully priced in by the market,” said Teng.

“Over the next year, we will see a lot more negative news emerging, especially as the US moves into the mid-term elections. And if Malaysian investors react to the negative news, there is no certainty that the trade tariffs will play out as you expect because Trump could change his rhetoric, at which point the markets will start running again. This is something you need to prepare for.”

From a global perspective, Teng said the decade of zero interest rates is over and that rates are beginning to rise. “The US has started raising rates. I think that by late 2019 or 2020, the environment in Europe will change as rates will also go up. So, if you are leveraged to the hilt, you should be mindful of this.”

However, as long as the rate of increase is reasonable, the markets will be able to accept it, he added. “I don’t see it going to more than 5% or 6%. But going above 2% is possible.”

In the longer term, investors should look at the tech innovations as the companies in this sector will be the big winners. “If ever the markets come off short, buy the likes of Alibaba Group Holding Ltd and Tencent Holdings Ltd,” said Teng.

He added that Affin Hwang is preparing to launch its second exchange-traded fund this year. “The ETF will invest in 10 big stocks, including Alibaba, Tencent, Amazon and Alphabet. And we will have the ETF listed here in Malaysia.”