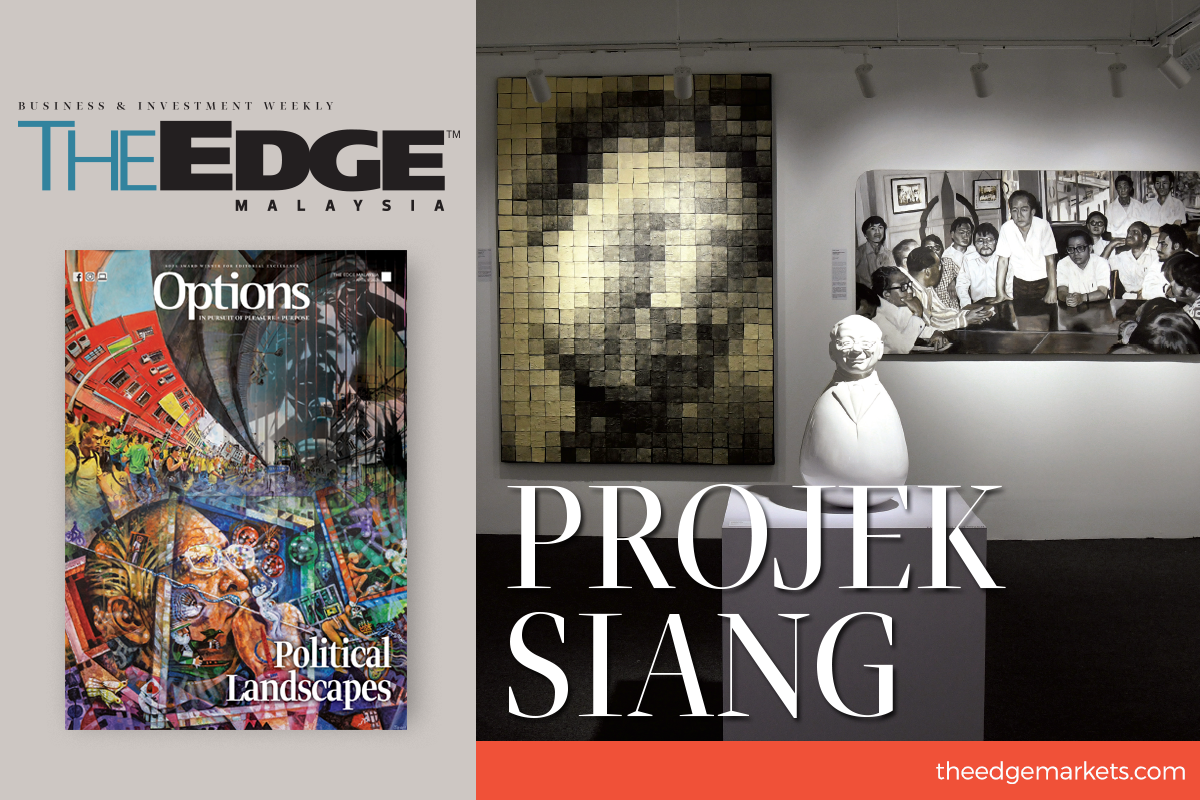 KUALA LUMPUR (April 4): One hundred artworks by 80 artists commemorating Lim Kit Siang’s 80th birthday are on show at Theatre Impian, named in honour of his Malaysian Dream. The permanent display is curated by Kenny Teng and Wendy Chang of G13 Gallery.

The pieces by young and established artists capture the politician’s struggles, sacrifices and achievements over the last 55 years. They make up the visual biography of a man who has fought long, hard and tirelessly to make Malaysia better for Malaysians.

The aim is for people, especially the younger generation, to get to know Kit Siang better and “be inspired to do more and eventually take over from him”, says Damansara MP Tony Pua, who drew up the storyboard for the exhibition.

Pua, who contributes a painting titled Langkah Sheraton, also wrote a succinct biography of the DAP stalwart that parallels the focus of the exhibits: Origins, Dreams and Ideals, Struggles and Sacrifice, Trailblazing, Hope and Triumphs, and A Work-in-Progress. The book, launched in tandem with the show, has information on all the works.