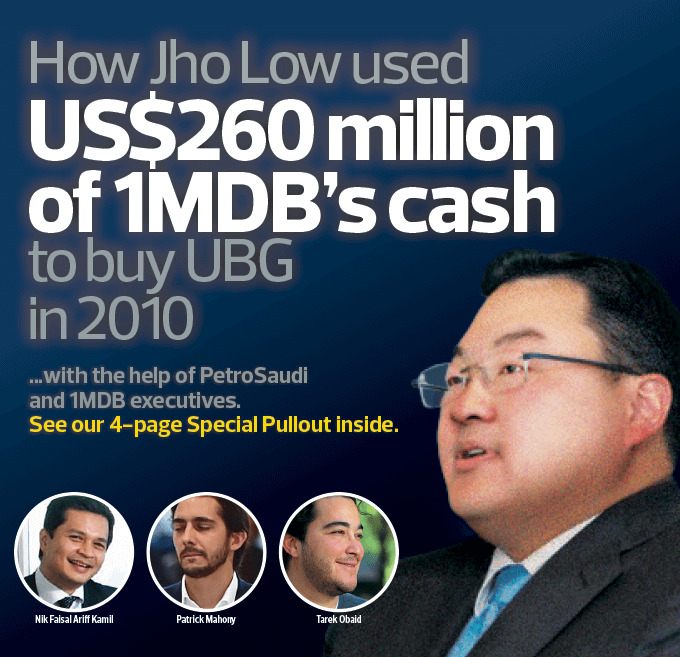 IT is bad enough that 1Malaysia Development Bhd (1MDB) has not been very transparent in keeping the public informed of its operations, but what is worse is that when it does say something, it always does not address the questions at hand.

President and group executive director Arul Kanda Kandasamy's media statement this morning about an article published by The Edge weekly on June 6 is a good example.

Arul's statement said that 1MDB's board of directors "categorically denies that it has ever approved any action or series of actions to transfer funds from the company to any third party other than the intended beneficiary."

He was referring to The Edge weekly's article titled "How Jho Low used US$260 million of 1MDB's cash to buy UBG in 2010." 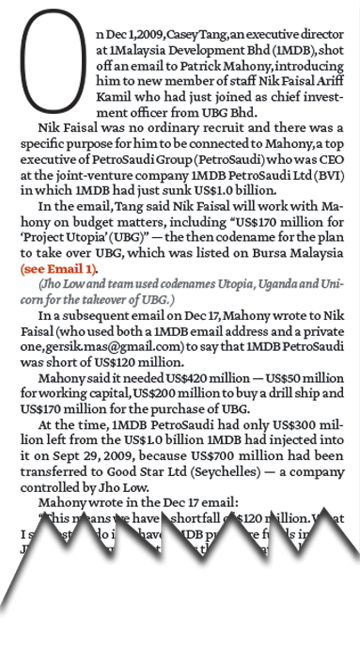 Nowhere in the article, which was based on documents and email trails, did The Edge say that the board of 1MDB had approved of any transfers of cash to any unintended third party.

What the article did say, was that two 1MDB executives Casey Tang and Nik Faisal Ariff Kamil, had worked with Jho Low and top executives of PetroSaudi International to get 1MDB to subscribe to US$500 million of Murabahah notes and that US$260 million was subsequently channelled to Jho Low's Javace Sdn Bhd to buy UBG Bhd. This was based on bank transfers documents sighted by The Edge.

The article asked whether the 1MDB's board was aware of this fact and that their two executives, especially chief investment officer Nik Faisal, was actively working with PetroSaudi and Jho Low in the UBG takeover.

But these questions were not answered by Arul Kanda in his media statement on behalf of the board. Instead, he denied something we never accused the board of. 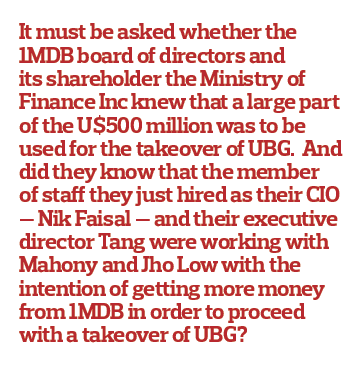 2) Was the board aware that US$260 million of the US$500 million in Murabahah notes that it subscribed to in 2010 was channelled to Javace Sdn Bhd for its general offer of UBG?

3) Did the use of the US$260 million for the UBG takeover comply with the approval given by Bank Negara Malaysia to remit the US$500 million out of the country?

Arul, can you get your board of directors to answer these questions?