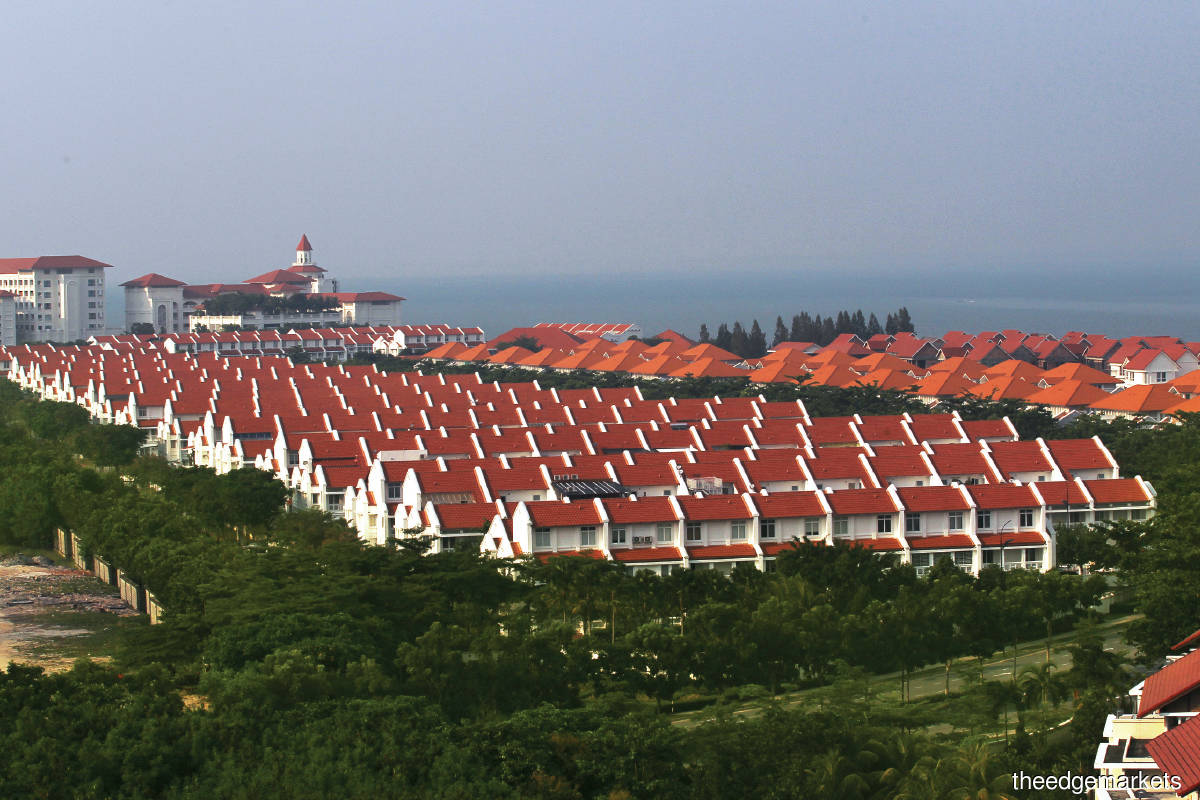 A total of 4,293 residential transactions worth RM1.68 billion were recorded in 1H2020 in Penang (Photo by Kenny Yap/The Edge)

In Malaysia, the Covid-19 outbreak and subsequent Movement Control Order (MCO) badly affected many sectors, especially in the first half of the year. The current third wave of infections and further political turmoil have added to the uncertainties that the country is already facing.

For the property sector, with business being disrupted due to the closure of sales galleries, developers and agents have turned to online platforms to sell their properties and close sales. While developers have offered many packages and incentives, the performance of the property market continues to be impacted by Covid-19. Geh: The reintroduction of the HOC, exemption of the RPGT and relaxation of the financing margin limit for third housing loans will spur the secondary market (Photo by Abdul Ghani Ismail/The Edge)

For the residential subsector that covers both the primary and secondary markets, a total of 4,293 transactions worth RM1.68 billion were recorded in 1H2020, compared with 6,056 transactions worth RM2.46 billion in the previous year. These figures translate into a drop of 29.1% in volume and 31.7% in value.

Geh explains that the 1H2020 numbers are partly due to the spillover effect from the 2019 Home Ownership Campaign (HOC). “We saw activities increase in 3Q2020 and we believe these will continue to trend upward. In fact, we saw an upward trend of 45% in transactional activities in the third quarter. The transactional activities mean the signing of SPAs (sale and purchase agreements), bank loan applications and release as well as property valuation activities.

“The reintroduction of the HOC, exemption of the Real Property Gains Tax (RPGT) and relaxation of the financing margin limit for third housing loans will spur the secondary market and keep the property market buoyant in 2020. There are also plenty of properties priced at RM300,000 currently being presented to the market.”

On the RM46 billion Penang Transport Master Plan (PTMP), Geh says no physical activities have been seen. He believes the commencement of work for approved projects under the PTMP will raise confidence in the property market.

In July, Gamuda Bhd announced that its 60%-owned SRS Consortium Sdn Bhd had signed an agreement to be the project delivery partner (PDP) to manage and deliver the PTMP. Loh Phoy Yen Holdings Sdn Bhd and Ideal Property Development Sdn Bhd will hold 20% each in the PDP.

At the same time, the Penang government said it had yet to decide on the implementation of an undersea tunnel from Persiaran Gurney to Bagan Ajam in Seberang Perai. State transport and infrastructure committee chairman Zairil Khir Johari was quoted as saying that the consideration would be made after the results of an undersea tunnel feasibility study by concession company Consortium Zenith Construction Sdn Bhd.

Nevertheless, he added that the state government had obtained almost all of the relevant approvals for the PTMP and work on one of the projects has already started. The latter involves construction work for Package 2 of the undersea tunnel and three highway projects, which is to link the Tun Dr Lim Chong Eu Expressway to Ayer Itam. It commenced on Oct 31 last year.

Meanwhile, Penang Chief Minister Chow Kon Yeow was quoted as saying at the state legislative assembly in October that the Penang government was looking at four ways to increase state revenue, all of which were related to land activities. The first was to sell its land bank by tender while the second was to transfer the state’s dormant industrial land to the Penang Development Corporation so that the state government could obtain revenue in the form of taxes from this land bank.

The next way was to reclassify rural land as urban land, as development has turned some rural areas into towns. With the reclassification of the land status, quit rent will be switched from rural land rates to urban land rates.

Finally, it would replace all interim register land titles where the titles were unclear, as it would be possible for the state to gain in terms of the land being returned to the state during this process for it to be sold later.

The Penang Housing Property Monitor for 3Q2020 shows flat performance in the schemes sampled, after slight movements in price and rental stagnation in the previous quarter.

Despite the lower transacted prices in the schemes sampled, the monitor showed higher rents at certain schemes in 2Q2020. For example, monthly rents of 2-storey semi-detached houses (3,000 to 4,000 sq ft) in Island Park,  Sungai Nibong,  Sungai Dua and Minden Heights have risen RM100 to RM200.