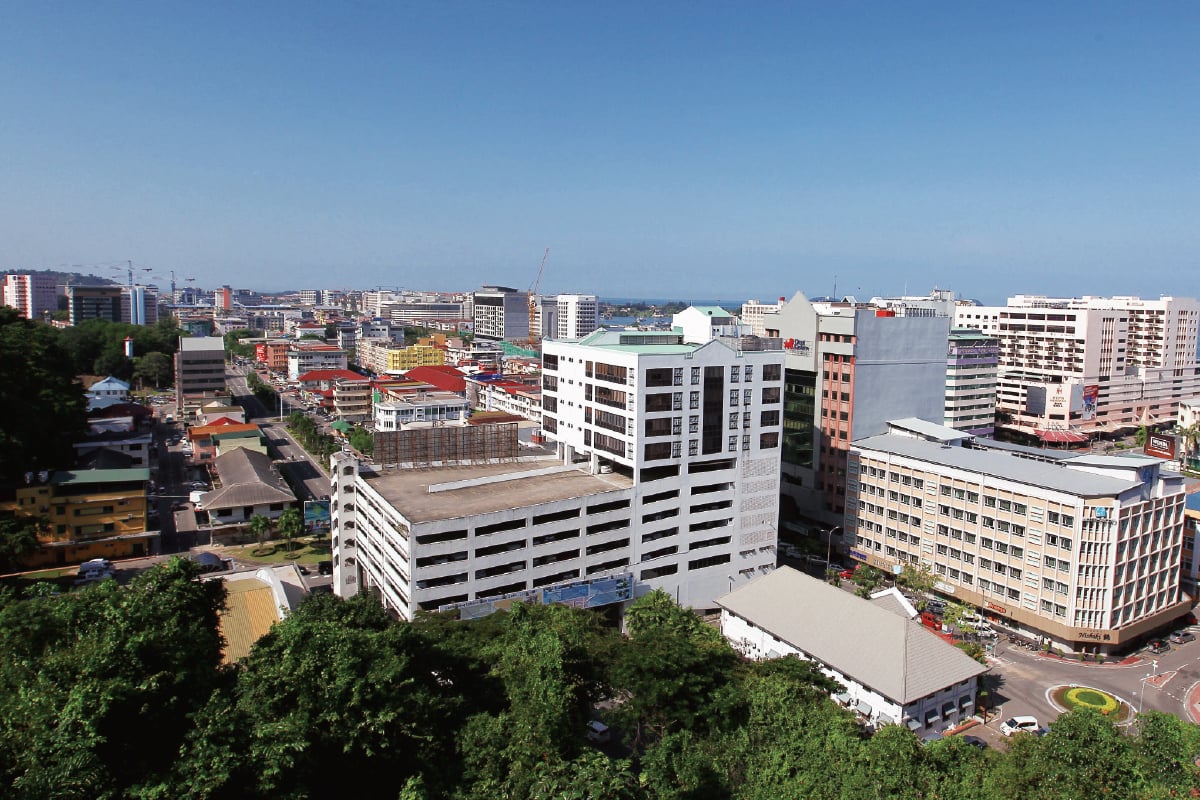 Sabah’s residential property market has shown some upward strength although it is still weaker than before the pandemic. “Despite the significant drop in residential property sales in 2020, real estate activity began to improve in 1H2021, albeit far from where it was prior to the pandemic,” says Rahim & Co regional manager (Sabah) Max Sylver Sintia, in presenting the Kota Kinabalu Housing Property Monitor 2Q2021.

According to Max, good deals and low interest rates are some of the primary reasons for the sales of residential property in Kota Kinabalu.

“The residential market will remain strong as long as the price is reasonable. Kota Kinabalu’s population is still expanding, especially with the influx of young people from other districts getting or seeking jobs in the city.”

Max: As buyers, financiers and developers are all in a cautious mode, we foresee the property market remaining soft (Photo by Rahim & Co)

He highlights that properties within traditional hotspots remain popular even during economic downturns. “The prices of our samples for landed residential properties remain resilient with minimal year-on-year growth during the quarter under review despite having a lower growth percentage as compared to the years prior to the pandemic.”

The issue of land scarcity limiting new development has also played a part in keeping prices stable. “Demand for landed residential properties within the Kota Kinabalu district, such as in the Luyang, Damai, Penampang, Kepayan, Kolombong and Putatan areas,  will remain intact as there is limited suitable land left for development, especially landed properties. The existing house prices will hold up firmly due to the good location and buyers will never go wrong buying in these areas.”

Meanwhile, notable transactions in the quarter under review comprised two acquisitions and a project that opened for sale.

In April, a 10.49-acre tract along Jalan Bantayan-Minintod was acquired by Visaland Sdn Bhd for RM12.1 million. In the same month, a 0.5-acre parcel fronting Jalan Penampang and close to Queen Elizabeth Hospital was sold to Incoprime Sdn Bhd for RM4.1 million. He has observed a cautious mindset among property stakeholders during this challenging period.

“As buyers, financiers and developers are all in a cautious mode, we foresee the property market remaining soft. Market confidence is expected to return gradually but it will take time for our market to re-engage with the recovery path seen in 2019.”

“Therefore, even though 2Q2021 recorded a drop in y-o-y price growth, the percentage point drop was slightly better compared to 1Q2021.” The properties in the monitor all showed growth except for Luyang Perdana, which remained unchanged. “The highest y-o-y price growth was recorded at Ujana Kingfisher, with an increase of 2.56% to RM600,000,” says Max.

“Quarter on quarter, there was marginal growth for houses in Ujana Kingfisher, up 0.84%, followed by Millenium Height (0.81%), Taman Jindo (0.75%) and Golden Hill Garden (0.59%), while the other developments showed no price growth,” says Max.

For this property type, rental rates remained unchanged for both the quarter and in 2Q2020. Rental rates remained unchanged for both the quarter and year.

The downward trend continued with condominiums in the monitor although prices at some condos held steady. “Prices for Bayshore Condominium and Radiant Tower remained unchanged while the rest declined,” says Max.

According to Max, in terms of q-o-q performance, 1 Borneo Condominium registered a 2.9% price drop while the others remained unchanged.