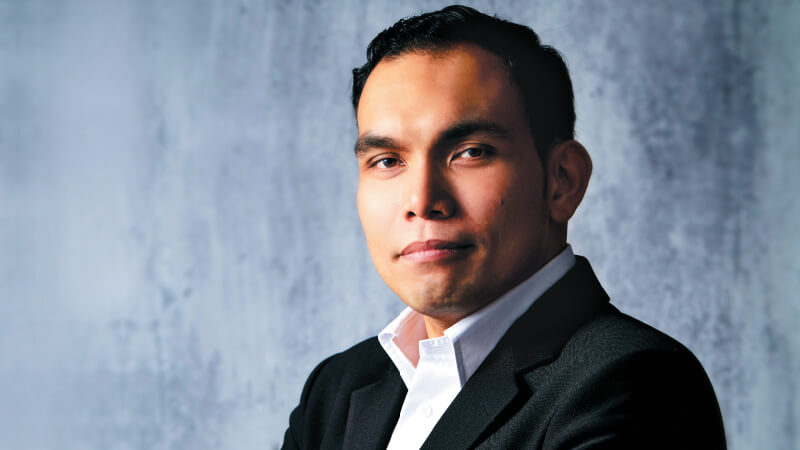 From his work as a high-profile civil liberties lawyer to the role he played as co-deputy chair of the Malaysian Bar Council’s Constitutional Law Committee — responsible for the groundbreaking nationwide MyConstitution (PerlembagaanKu) campaign, which aimed to educate and empower the public as well as generate a greater awareness of the Federal Constitution — Syahredzan Johan is not an unfamiliar name and face in Malaysia.

But, despite his good works, it hasn’t all been smooth sailing. Regularly speaking out against the Sedition Act, Syahredzan confesses to having experienced personal attacks. “It is important for every young person to remember that, in order to overcome life’s inevitable setbacks and challenges, three things are needed: a strong belief in what you are doing; passion; and the support of family, friends and the organisation you represent. Otherwise, you would find it’s all too easy to give up or stop doing what you’re doing due to hard times. When I came under personal attack because of my stand on certain issues, my family, friends and members of the Bar all helped me manage and eventually overcome.”

Passionate about law and justice, it’s hard to imagine that his early ambition was to be a doctor. “In the end, it was not so much my deciding on law but the fact that medicine wasn’t something I could do,” he laughs. “In fact, it was my mum who suggested law as she said I liked to ‘talk a lot’. And when I started my A-Levels and had to read constitutional law and government and politics, I realised I liked it and slowly developed a passion for it. From then on, I never looked back and, today, I can’t imagine doing anything else but this.”

On being a recipient of the inaugural The Edge Inspiring Young Leaders Awards, Syahredzan says modestly, “Of course I’m honoured, but whatever I have done has always been a collective effort. Whenever I hear the words ‘leader’ and ‘inspiring’, I always think it is about being able to motivate others to do what they want to do. Personally, I am inspired by the giants of the Malaysian Bar, who work without fear or favour and who go out there to tirelessly uphold the rule of law and am also guided by the example of the late, great Raja Aziz Addruse, a towering figure. I can only ask to, not even live up to, but just have a touch of what these people have done and, likewise, inspire and motivate other young lawyers to remember that, hey, something can always be done. After all, we all of us have the potential to lead in whatever we do.”

Taking a more sombre tone, Syahredzan cautions that the Malaysia of today is a country divided. “Divided along ideological, racial and political lines,” he sighs. “We are at a crossroads and what our country will be depends on us now. Either we choose the route of a more robust democracy or we take the path of a divided nation; one that is en route to being a failed state. The choice is upon us.”

So, what can young Malaysians do then? “Get involved in the political process,” he encourages. “Remember that democracy isn’t just about voting once every five years. Young people need to realise that. If you find your local government isn’t doing its job, speak out and do something. Taking a proactive approach is crucial. Apathy is the greatest danger of all.”