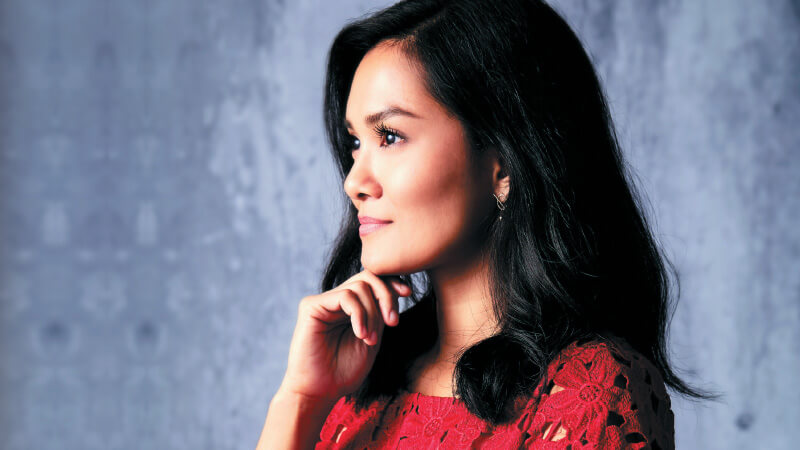 Soft-spoken Melissa Sasidaran may be diminutive but she has a mighty mission. She juggles work as a full-time lawyer with the responsibilities that come with being the legal and campaign coordinator for human rights lawyers’ organisation Lawyers for Liberty. The organisation’s work includes defending civil liberties and human rights defenders suppressed by unjust or oppressive laws, such as the Sedition Act, Peaceful Assembly Act or Penal Code.

“We also take up various public interest cases that involve death in custody, torture and police shooting. However, my work is not confined to legal cases but also includes advocating against torture, calling for the abolition of the death penalty and the repeal of preventive detention laws,” she says.

Though she did not start out in this area of law, personal conviction led the 32-year-old to this noble but tough and often not very lucrative specialisation as a legal practitioner.

In her role at the forefront of defending civil liberties and human and constitutional rights, Melissa shines as a young leader to inspire the future generations of Malaysians. On being a recipient of The Edge Inspiring Young Leaders Awards 2017, she says it was a pleasant surprise and she is humbled by the recognition, especially since her work is a little unconventional.

“I suppose the nature of my work, which is in the public sphere, can lead some to consider me as someone to aspire to, and that is fine by me, especially if my work has created awareness of a worthy cause. In that sense, I consider myself privileged to be doing what I do,” she says.

However, she cautions against putting anyone on a pedestal. “We are all humans with flaws but we can try to do better. There have been instances when people gave up entirely on a cause because of disappointment about some aspects of the persons they admire and I do not want that to happen.”

In terms of her legal triumphs, Melissa considers every court victory, big or small, an achievement, given the difficult circumstances of all-powerful institutions. “For example, we successfully challenged the Peaceful Assembly Act and the Sedition Act in the Court of Appeal; however, these decisions have been overturned or are being overturned, and this is not based on what is right and fair. I also consider the fact that many of our activist friends whom we represent are still able to continue with their work despite the many forms of harassment — arrest, detention and even criminal charges — to be an achievement as all of us are working together for a better country.”

This September, Melissa will be heading to the UK as a Chevening scholar to pursue an LLM in human rights for a year. She hopes the opportunity will strengthen her knowledge and expertise so she can return home with a fresh perspective and more energy to continue her work with Lawyers for Liberty.

Reflecting on how full internet access was only available to her when she was in university, Melissa reminds the youth of today of how fortunate they are to be able to access vast amounts of information, including current affairs, both local and international. “The young today are way more aware and knowledgeable than before. I hope to see them use this as an opportunity to have more say on the direction of the country in the future. They should embrace speaking up more as all of us, young and old, have a stake in this country. The road to any form of change in any aspect of our lives is a long one, and it is important not to lose focus,” she says.

Though she is still navigating the initial stages of her career, Melissa has certainly witnessed (and experienced) more of the world’s imbalances in the course of her work than most young professionals of her age. However, this has only reinforced her already steely determination and belief in battling legal and constitutional injustices.

“I took a road slightly less taken in my career and naturally faced obstacles, but at the end of the day, I know what I am doing is the right thing. My advice is that everyone has to search for their own path but there is no shortcut to anything — you must work hard, persevere and create your own opportunities.”

In a way, Melissa reminds one of the high-profile human rights lawyer, Amal Clooney. Both are fetchingly beautiful, knowledgeable, highly intelligent and full of fortitude in fighting for what they believe in. Above all else, what comes across from this admirable young Malaysian lawyer is the kindness and grace she demonstrates in carrying out the challenging nature of her chosen field. Proof of this is her reply to what she finds fulfilling in life: “Knowing that in whatever small way, in my work, I have helped someone out of trouble, so they can continue with their good work.”