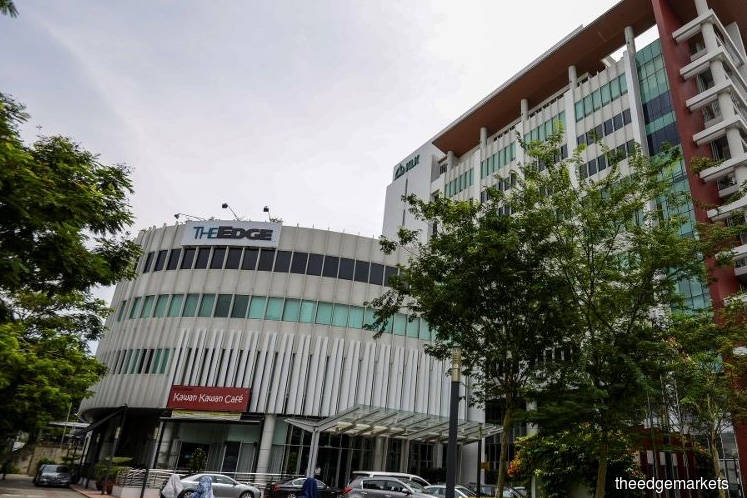 KUALA LUMPUR (Aug 14): The High Court here has today agreed to award an additional RM500,000 in exemplary damages — in addition to its deputy registrar's earlier decision to award RM11.26 million in general damages for loss of revenue — to The Edge Communications Sdn Bhd over the three-month suspension of its publications in July to September 2015.

"There [are] exceptional circumstances for the court to grant exemplary damages sought as the publication has been a victim of reckless and unconstitutional act of the respondent [Home Ministry in ordering the suspension].

"Hence, the appeal for exemplary damages is allowed and a sum of RM500,000 is an appropriate sum," High Court judge Datuk Nordin Hassan ruled.

The judge also dismissed the Ministry and government's cross-appeal over the quantum of RM11.26 million awarded in general damages and ordered them to pay RM15,000 costs to The Edge Communications.

Justice Nordin, however, found that the publication's appeal for aggravated and constitutional damages was not allowed.

The publication had named the Home Minister and the ministry's secretary-general as the respondents.

The suspension follows a series of reports published by the financial paper four years ago about 1Malaysia Development Bhd.

It was previously reported that The Edge was awarded RM11.26 million by the High Court deputy registrar Norazlin Othman, in damages for loss of revenue only on Dec 17 last year.

Meanwhile, it was not awarded other damages sought.

This resulted in the business publication's appeal, while the ministry and government also filed a cross-appeal via the Attorney General's Chambers (AGC), citing that The Edge was not entitled to any damages at all.

However, Justice Nordin in his decision today said the deputy registrar was right in awarding general damages where he said the court was bound by the earlier High Court decision to lift the suspension and the subsequent decisions by the Court of Appeal and the Federal Court upheld that decision.

"The entitlement to damages has been ventilated and adjudged by the court. I am bound by the decision of the apex court [Federal Court].

"The applicant [The Edge] has complied with Order 53 Rule (5) of Rules of Court 2012 and has included in its judicial review application, the claim of damages. The court is satisfied that the publication had made the application and that the tort has been established and affirmed by the superior court," Justice Nordin said.

With this, the court said the claim of misfeasance in public office, malice and untargeted malice including recklessness has been fulfilled and the publication is entitled to the compensation.

Justice Nordin also noted while The Edge had furnished details of its losses in advertising and publishing revenue following the suspension in July, August and September 2015 through the publication's financial controller to the sum of RM11.26 million and this was independently verified through an expert report, the government had not produced any evidence to dispute the figures.

"Hence, the deputy registrar was correct to give the award of RM11.26 million," Justice Nordin ruled in addition to allowing the RM500,000 exemplary damages sought.

The Edge was represented by lawyer Amanda Loh while senior federal counsel Alice Loke appeared for the ministry and minister.

Loke said she will have to look at the full judgment and would seek instructions on whether to appeal.

See also:
The Edge entitled to aggravated, exemplary, constitutional damages — counsel
No damages should be paid to The Edge, says govt counsel
The Edge awarded RM11m over suspension for reports on 1MDB