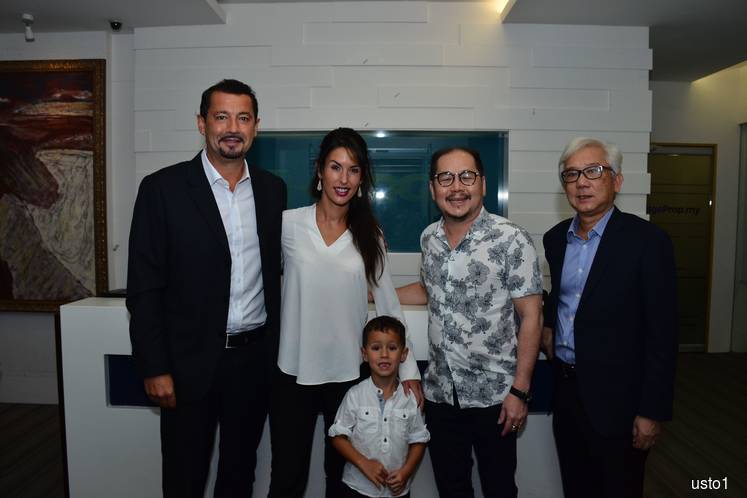 “The gift to Justo is in appreciation of his contribution to Malaysia in helping to expose the kleptocracy of the past Government,” said Tong. “Without him, the wrongdoings involving 1MDB, as exposed by The Edge, would not have come to light.”

The exposés that started in March 2015 led to a global investigation in the US, Switzerland and Singapore that revealed that as much as US$6.5 billion belonging to 1MDB had been stolen.

The US Department of Justice described it as the largest case of kleptocracy it had ever uncovered.

Justo paid a heavy price for providing information to The Edge as well as Sarawak Report, which showed billions were stolen from 1MDB under the guise of a joint venture with PetroSaudi International between 2009 and 2011.

Justo was arrested in June 2015 on blackmail charges, paraded in front of selected media in Bangkok as if he was a hardcore criminal, and then incarcerated in a Thai prison for 18 months.

“His family was harassed and intimidated while he was languishing in jail. No one should have to go through what he had to endure for helping to reveal the truth,” said Tong. “On behalf of all Malaysians, I would like to say thank you to him and his family.

“I would also like to add that Justo has confirmed to me that the accusation that he stole the data is untrue. My lawyers had tried to reach PetroSaudi on their past claims and they had chosen repeatedly not to respond.”

Justo expressed his appreciation for the gesture by Tong.

“I would like to say thank you to Tong. The gift from him will go a long way in helping me and my family rebuild our lives,” he said. “I take comfort (from the fact) that I have not suffered in vain. Malaysians got to learn the truth (about 1MDB) and I eventually got my freedom back.”