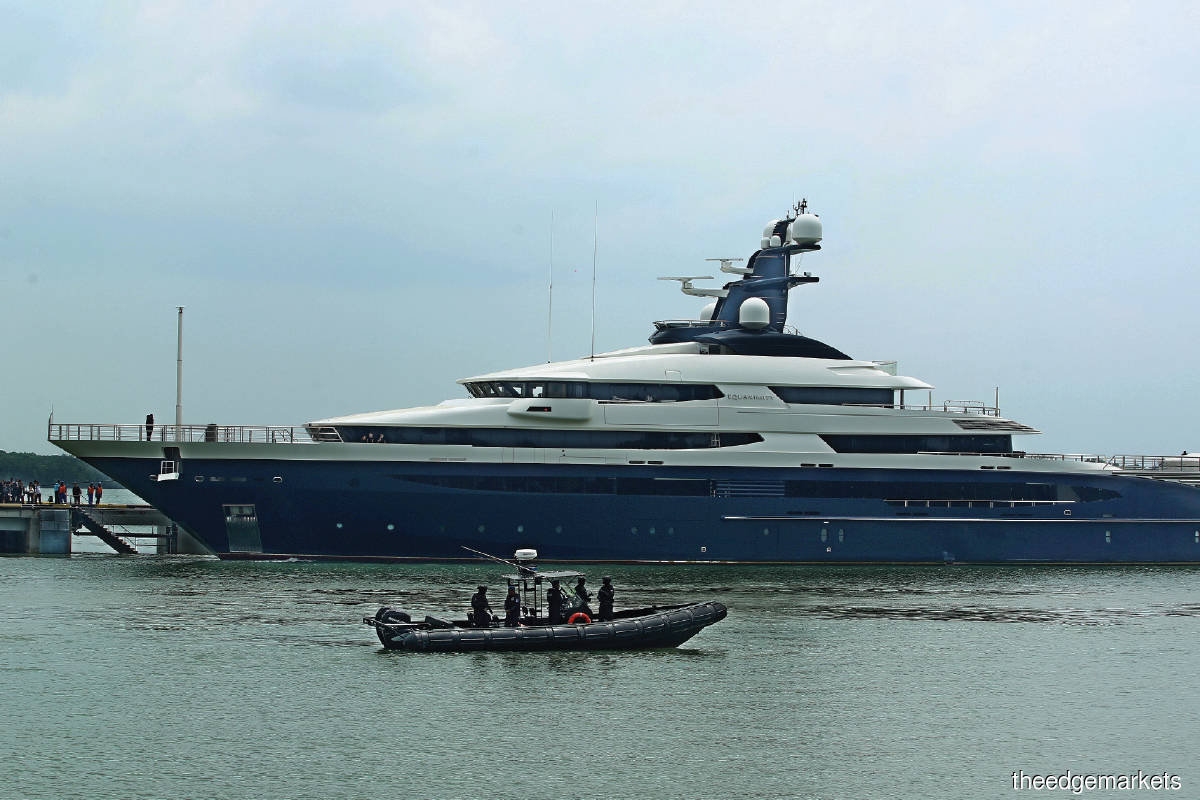 THE Arrest of the Superyacht Equanimity by Sitpah Selvartnam chronicles the unprecedented arrest and the reclaiming of sovereign ownership of a superyacht caught in the maelstrom of an international mega corruption scandal involving 1Malaysia Development Bhd (1MDB), and the subsequent challenges of swiftly disposing of such an extravagant status symbol while ensuring maximum recovery value.

On a personal level, the author recounts how the “biggest shipping brief” of her near-30-year career drove her to be fearless and to rise to the occasion, ultimately believing that anything is possible with the courage of conviction.

The complexity of the brief she was tasked with is narrated over 11 chapters, for instance, establishing the claim to ownership of the Equanimity, which was acquired using funds from 1MDB companies but funnelled through no fewer than 32 companies owned by fugitive Low Taek Jho.

Sitpah recounts the pressures of working under extremely tight deadlines, often without recourse to similar precedents. Readers are taken through the process of arrest, recovery and sale, and provided with more than a glimpse of how the multi-racial legal team she headed navigated inevitable challenges at each stage. Sitpah hopes the book will inspire others, particularly women, to believe in their own abilities and to not shy away from leadership roles

Legal practitioners, law students and those in the maritime industry will find the book particularly instructive and a useful resource, given the explanations and insights on how admiralty laws were leveraged to support the sovereign’s claims. Sitpah highlights the lessons learnt as well as the deficiencies in certain areas of the law. Legal applications are enclosed at the back of the book and comprise about half of the 165 pages.

In detailing the eight-month journey from the arrest to the sale of the Equanimity, she records the events for posterity, and also gives ordinary Malaysians a better appreciation of the sweat, tears and sleepless nights that accompanied the endeavour. The book also highlights the concerted efforts of various groups — the legal team, law enforcement agencies, AG’s Chambers and ordinary Malaysians — who rallied together to obtain the arrest, ownership and sale of the superyacht at a cost of US$126 million to help recover some of the tens of billions of ringgit stolen from 1MDB.

She reveals that Malaysians of all stripes and colours banded together, determined to secure the country’s interests. Indeed, that is one of the key messages of the book: that notwithstanding the decades of malignant politics of race and religion, Malaysians united — especially in service of their country — can do so much more than if they were divided, and that they can complement each other’s strengths and benefit together.

Another message is that we can all achieve so much more than we think we are capable of, but we are often our own enemies as the fear of falling short and failure holds us back.

Sitpah reveals that it was not the legal battles that wore her down most, but the mind games that potential buyers and their agents played in a bid to intimidate her and depress the prices offered for the superyacht.

“In truth, this was the hardest aspect of the arrest and sale of the Equanimity. Perception and mind games are the most difficult to counter,” she writes. A leading maritime law expert but a female in a male-dominated industry, Sitpah concedes to moments of self-doubt in the face of the nation’s expectations.

Was she the right person for the job? Could she pull off a sale of such magnitude in so short a time, and at a fair price, especially when there was no shortage of naysayers, with one insisting she would be lucky to get a penny more than US$50 million for the former luxury plaything of Jho Low?

Even though Sitpah gave the assurance that she would do the work pro bono, her appointment by former Attorney-General Tommy Thomas in July 2018 was not without controversy as she and Thomas were co-founders of his eponymous firm.

But her fees — time costs estimated at easily over RM1 million, not counting the expenses incurred in Hong Kong and London, which she personally bore — can be recouped.

Not so much the experience, chief of which was leading a team to arrest a superyacht — especially when one stands at under 5ft — or the ultimate sense of achievement, satisfaction and joy at having served her country.

The Equanimity adds to Sitpah’s long list of achievements and she describes the experience as “priceless”. She hopes the book will inspire others, particularly women, to believe in their own abilities and to not shy away from leadership roles.

“There are no true limits to what we can accomplish other than the shackles we reinforce in our minds and the fear we harbour in our hearts,” she reminds us.

The book is now available for purchase on www.sitpahselvaratnam.com and also on Sitpah’s Facebook. It is priced at RM108.

Proceeds from the sale of The Arrest of the Superyacht Equanimity will be donated to identified charities.