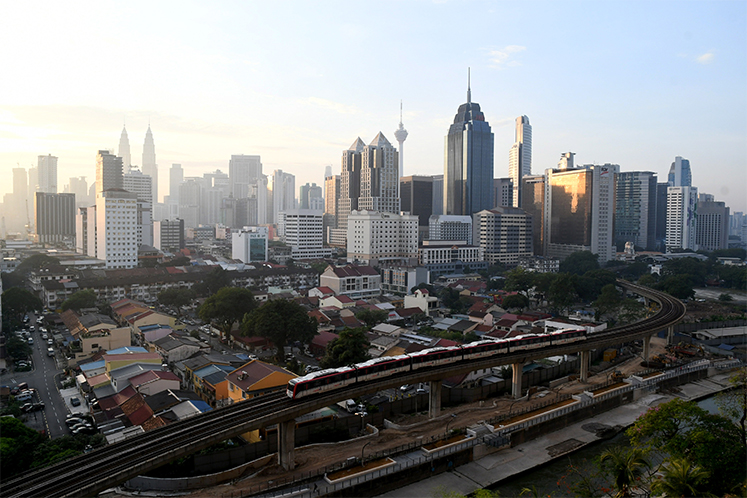 Amid the difficult business operating environment, the rental and occupancy levels of the oversupplied Klang Valley office market is expected to experience downward pressure.

“However, the recent cut in the overnight policy rate (OPR) to 1.75% in July is expected to have a positive impact to support property yields, releasing the upward pressure,” says Knight Frank Malaysia executive director of corporate services Teh Young Khean in presenting The Edge/Knight Frank Kuala Lumpur and Selangor Office Monitor 2Q2020.

Work on Merdeka 118 has been delayed by two to three months because of the nationwide Movement Control Order (MCO). The soon-to-be tallest skyscraper in Southeast Asia is almost 50% completed, with central structure works reaching the 111st floor prior to the MCO. The Grade-A skyscraper has lettable office space of 1.65 million sq ft.

The prolonged MCO, which started on March 18, has left many businesses struggling to stay afloat. However, the easing of restrictions under the conditional and recovery MCO (CMCO and RMCO) phases effective May 4 and June 10 respectively have led to many non-essential businesses and services gradually resuming operations subject to standard operating procedures (SOPs), says Teh. “In the near term preceding the lifting of the MCO, co-working or flexible space may garner less interest. There will be reduced desire for clients or members to meet and interact face to face in one location.

“Over the medium and longer term, however, demand for co-work­ing or flexible space is expected to increase, as flexible/smaller office space may be an alternative option for large corporations to accommodate split-team operations, retain flexibility and effectively manage operational costs before committing to a longer-term plan,” Teh explains.

He says the unprecedented crisis has compelled many organisations to adopt technology transformation in their standard operations such as cloud-based IT solutions and communication channels in their business operations. Instant messaging and video/voice conferences have become a new normal as a result of the Covid-19 outbreak.

“Until a Covid-19 vaccine is made available, hygiene will be the centre of workplace planning while social distancing measures may lead to a reversal of the open office trend. Also, with a reduced desire to meet up and interact in person, working from home may be the new normal for some post-MCO,” says Teh. In 2Q2020, the average rental rates of office space in KL city dipped marginally, whereas the rates in KL fringe have held steady.

“In Selangor, the average rental rate remained relatively stable despite a slight drop in overall occupancy levels. This is mainly attributed to the newly completed office tower, Sumurwang Tower @ i-City, which has yet to achieve significant occupancy rates,” says Teh.

Overall average rental rates in Selangor fell one sen to RM4.31 psf in 2Q2020 from the previous quarter.

Petaling Jaya fell one sen to RM4.54 psf and Subang Jaya declined three sen to RM4.34 psf. Cyberjaya remained unchanged at RM4.09 psf, whereas Shah Alam is the only district to show an increase in rental rates, up seven sen to RM3.48 psf.

“During the quarter under review, it is noted that the overall occupancy rates in both localities dipped marginally,” shares Teh. In Selangor, the overall average occupancy rates dipped q-o-q to 78.1%, from 78.7%. The rates in Shah Alam fell 9.2% q-o-q to 78.7%, owing to the completion of Sumurwang Tower @ i-City, which has yet to achieve significant occupancy rates.

In the quarter under review, KL registered negative net absorption of 154,173 sq ft, as the newly completed Menara Hap Seng 3 has yet to achieve significant occupancy rates.

Selangor posted net absorption of 53,790 sq ft in 2Q2020, owing to positive movements to Sumurwang Tower. Although Selangor posted positive net absorption, the overall occupancy rate was marginally lower, as the increase in the total net lettable area of office buildings was significantly higher, owing to the entry of Sumurwang Tower into the market.

Meanwhile, InvestKL is cautiously optimistic of achieving its target of 100 multinational corporations (MNCs) by year-end. Since 2011, it has successfully attracted 91 MNCs.

Teh says while some investors are taking a wait-and-see approach, others remain committed to their long-term investment plans in Malaysia.

“Amid the pandemic, the growing sense of uncertainty surrounding supply and demand chains as well as the need to preserve cash and reduce capital expenditure led many businesses to put their real estate decisions on hold,” says Teh.

“Various incentives unveiled under the stimulus packages to boost the economy and cushion the impact of the pandemic, such as attractive tax exemptions/tax allowances in particular, will help to draw more foreign direct investments into the country. This will create positive spillover effects in the real estate market.”