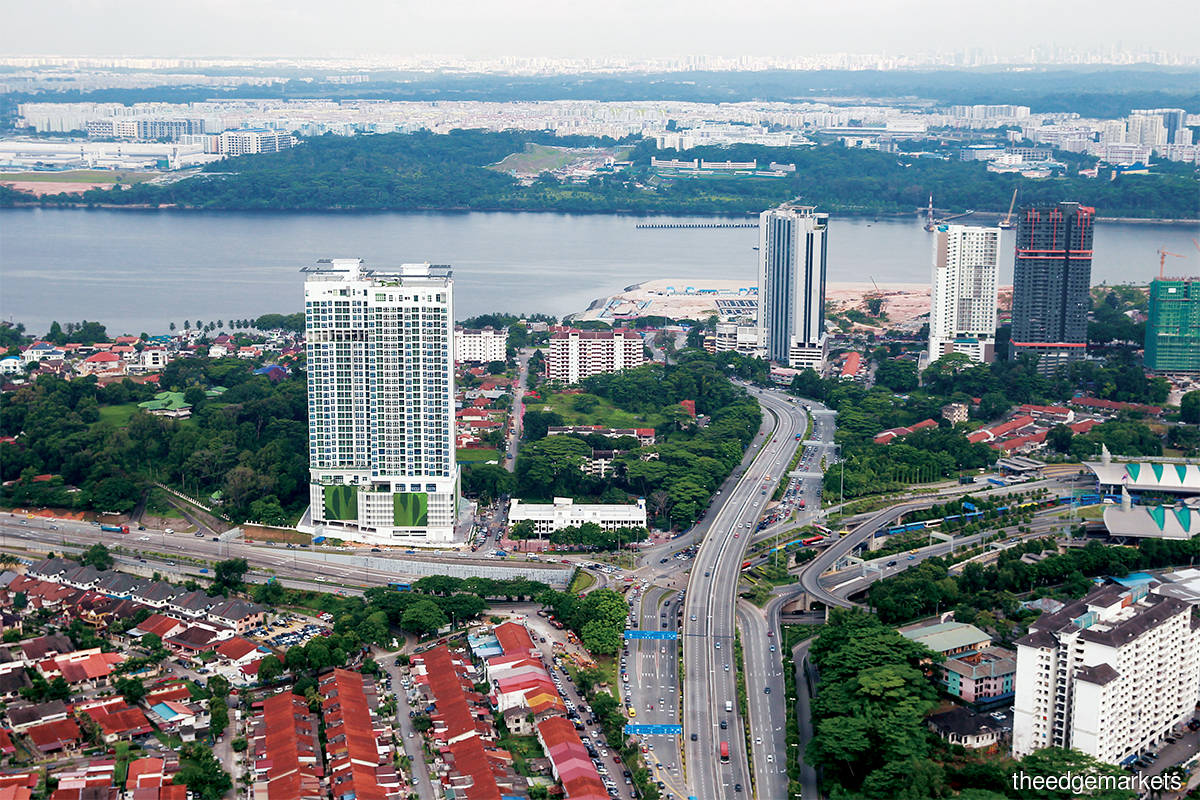 Although the Johor Baru property market remained subdued in 1Q2021, it is poised to recover in the upcoming quarters in view of pent-up demand, the rollout of the Covid-19 vaccination programme and a gradual reopening of borders and markets.

“Nonetheless, transaction volumes are likely to trend upwards this year due to the drop in property prices across the board and pent-up demand built up over the past year or so. While the property market appears to have hit a trough last year, with the vaccination drive and effort to improve public infrastructure such as the Rapid Transit System (RTS) and Bus Rapid Transit (BRT), market confidence and activity are coming back at a measured pace.”

“The inability to view properties physically is a major inhibition to any buy-in. We hope the meeting between the leaders of Malaysia and Singapore in May will offer some certainty as to when there will be some form of movement between the two countries.”

Tan anticipates more property launches in the coming quarters. “We should be seeing more launches in the second half of this year, predominantly landed residential properties between RM500,000 and RM700,000. An anticipated project is Bukit Suria in Iskandar Puteri, which will offer 115 two-storey bungalows. “With the lifting of movement restrictions in the future, people will be able to explore new projects. Hopefully, this will spur more investments. We believe there will be a certain degree of pent-up demand after a year’s hiatus. Hopefully, financial institutions will be more willing to lend as this is a key factor in determining the growth and depth of the property market.”

He addresses other key drivers. “The Home Ownership Campaign (HOC) was an initiative to support first-time homebuyers and reduce the number of unsold properties in Malaysia. HOC 2020 was brought back by Prime Minister Tan Sri Muhyiddin Yassin and it is now parked under the Penjana economic recovery plan. The campaign will end on May 31, but it is likely to be extended again.

“There are several benefits homebuyers can enjoy when they purchase a property during the HOC — full stamp duty exemption for a property between RM300,001 and RM1 million and a 10% discount on the property price when the sale and purchase agreement is executed between June 1, 2020, and May 31, 2021. The total sales for HOC 2020 hit RM25.65 billion as at Feb 28, with 34,354 residential units sold. The campaign is helping to clear existing stock.

“There is likely to be more auction cases in the upcoming quarters,” says Tan. “As the loan repayment moratorium effectively ended last year, we anticipate an increase in the number of auction cases this year. Those who lost their jobs or were overgeared may have had no choice but to let their properties be foreclosed. Genuine buyers should take this opportunity to pick up a good property.” During the period in review, there was a slowdown in supply. “There are about 95,000 units of high-rise apartments (including condominiums and serviced apartments) in the supply pipeline, of which about 30% are incoming supply (construction has started) and 70% are planned supply (construction has not commenced). We note that the new supply has slowed since the authority stopped granting approval for high-rise apartments,” says Tan.

“Future supply of landed properties is not excessive, with the bulk concentrated on terraced houses. Moving forward, developers are likely to focus on affordable houses in the range of RM500,000 to RM700,000.”

He addresses the current property overhang in the market. “In Johor Baru, the number of unsold high-rise properties (including serviced apartments) and other units that are under various stages of construction remained high at about 30,000. The unsold high-rise units made up more than 80% of the total unsold residential properties. The market will take some time to absorb the oversupply.” “However, the vaccination drive is underway, with more than 700,000 doses administered. About 200,000 people had been given two doses during the period in review.”

He adds, “Johor is working with the federal government to give priority to Malaysians commuting to and from Singapore. The Johor government will launch a special vaccination application named ImmuPlan Johor. For a start, about 100,000 people are expected to register for vaccination through the app.

“Operational details of the Reciprocal Recognition of Vaccine Certificate between Malaysia and Singapore, including the detailed requirements, health protocols and application process involved for entry into and exit from Malaysia and Singapore will be further deliberated and finalised by the two parties. These efforts will start the normalisation of cross-border travel.”

Tan opines, “The inoculation campaign and other initiatives are key steps towards protecting the lives and reviving the livelihood of the people. These are crucial proactive steps for the economic recovery.

“The border reopening is particularly important for Johor Baru as employment, business, trade and the movement of goods between Singapore and Johor Baru will not take off meaningfully without it. Nevertheless, the reopening will likely be implemented at a measured pace in view of the ever-mutating virus strains while the effectiveness of the vaccines is not totally understood and verified yet.”

Meanwhile, the RTS and BRT are expected to spur the market in the coming quarters, with the former finally getting off the ground and expected to commence operations in 2026. “The construction of the Iskandar Malaysia BRT (IMBRT) busway and stations for the Iskandar Puteri Line will commence in December,” he says. “This will be followed by the Skudai Line in April 2022 and the Tebrau Line in July 2022. The completion and operation of each line is about two years thereafter. By 1Q2023, the public will see the Iskandar Puteri Line commence operation.

“The public is expected to save between 30% and 35% on their monthly transport fare with the IMBRT. Employment and business growth are other expected benefits. With better connectivity, the local GDP is expected to increase by an additional 1%, with 35,000 new direct and indirect jobs created.”

He continues, “The RTS and BRT are two key initiatives to build up a comprehensive and efficient public transport network in Johor Baru. In the short term, existing developments in the city centre located along or near the RTS and BRT stations will definitely benefit due to better accessibility and connectivity. Over the long term, there will be more developments along the BRT nodes. Those who have easy access to the BRT have an additional option when it comes to taking public transport.

“As for the RTS, it is definitely a confidence booster. It is akin to a new vein supplying blood between two vital organs. Both ends will benefit from the smooth connectivity.

“However, we must be cognisant of the fact that while the RTS may be able to minimise congestion issues, it is not the ultimate solution to resolving all problems. We must be prepared for future upgrading of capacity and frequency when demand increases. There may even be the need for more RTS lines or a new causeway in the future.

“The acquisition process is expected to begin in April. Soon, work will start with the taking over of the acquired land.”

Another key disruptor is domestic politics. “To curb the pandemic, an Emergency Proclamation was declared on Jan 11, and will last about seven months until Aug 1. As a result, parliamentary sittings have been suspended and this has temporarily stopped the political bickering. Nevertheless, there have been strong voices from the opposition and some in government advocating for an early general election,” says Tan.

There were a few notable launches during the period in review, including the 2-storey terraced houses at Eco Tropics. “A typical unit, with a land area of 1,400 sq ft and built-up area of 1,647 sq ft, was priced from RM498,000. Meanwhile, the 2-storey terraced houses with a bigger built-up area of 1,688 sq ft from an earlier phase were relaunched, with prices starting from RM508,000. We were informed that the overall sales rate was about 70% out of a total of 300 units,” says Tan.

The 2-storey terraced houses at Taman Ponderosa were also launched in March. The land and built-up areas were 1,920 sq ft and 2,700 sq ft respectively. Each unit was priced from RM1.1 million. About a third of the 36 units available have been sold.

“In terms of price and rental trends from 4Q2020 to 1Q2021, most of the property prices in the portfolio remained the same except for the 2-storey terraced houses in Bukit Indah, which showed a marginal increase from RM550,000 to RM580,000,” says Tan.