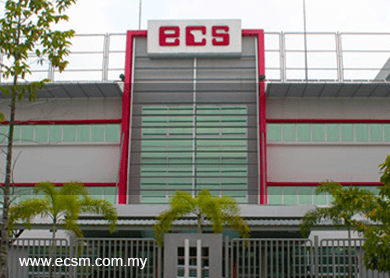 KUALA LUMPUR (May 7): Internet communications technology (ICT) products distributor ECS ICT Bhd saw its net profit for the first quarter ended March 31, 2015 (1QFY15) almost double to RM9.4 million from RM4.8 million (up 96.2%) a year ago, on the back of a favourable sales mix and strong ICT products spending prior to the implementation of the goods and services tax (GST) on April 1.

This translates to 1QFY15 basic earnings per share of 5.2 sen, compared with 2.7 sen last year.

In a statement today, ECS ICT said its group revenue was up 46.2% to RM522.9 million for the quarter under review, compared with RM357.7 million in 1QFY14, showing steady growth in its three business segments, namely ICT distribution, enterprise systems and ICT services.

Its chief executive officer Soong Jan Hsung, however, forecast that ICT spending in 2QFY15 would moderate as consumers exercise more caution in purchase due to higher post-GST prices.

“Nevertheless, we believe that ICT spending should return to normal in the second half of 2015, especially with pipeline launches of new products and product replacement demand,” he said.