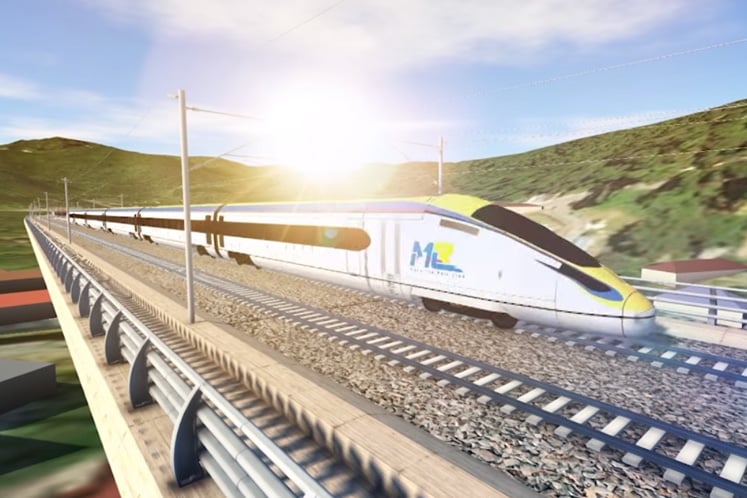 KUALA LUMPUR (Jan 10): The East Coast Rail Link's proposed Mentakab-Port Klang alignment, which will go through Negeri Sembilan and Putrajaya, will be on display for public inspection starting Tuesday (Jan 14).

The three-month inspection is for the public to provide feedback and suggestions on the new alignment that spans from Pahang to Selangor, said Malaysia Rail Link Sdn Bhd — a wholly-owned unit of the Minister of Finance Inc and the ECRL project and asset owner — in a statement today.

The alignment, also known as Section C, comprises a mainline measuring 143.1km in length, a spurline of 41.5km, five passenger/freight stations, and a future station.

The new alignment was conceived to avoid the costly construction of the 17.8km long Genting Tunnel under the initial ECRL route, as well as to stay clear of the Klang Gates Quartz Ridge in Selangor, which is being established as a UNESCO World Heritage site, said MRL chief executive officer Datuk Seri Darwis Abdul Razak.

“The Section C alignment is crucial in the formation of a land bridge between Kuantan Port and Port Klang, where the 640-km ECRL network will end. This will pave the way for increase [in] freight transactions due to shorter travel time between the two ports,” he said, adding the Mentakab-Port Klang stretch via a more southerly route, took into greater consideration of rail connectivity, environmental safeguards, and social-economic impact.

In particular, the route will have designated passenger and freight stations at Temerloh in Pahang and Jenjarom in Selangor, with passenger-only stations at Klawang and Nilai in Negeri Sembilan, as well as Putrajaya Sentral in Putrajaya.

Preliminary works, such as topography survey, are now ongoing at multiple spots along the Section C alignment, while soil investigation works are expected to commence soon, Darwis said.

“MRL is pleased that the overall progress of the ECRL project has increased to 14.49% currently, boosted primarily by ongoing construction works at 27 priority locations within its Dungun to Mentakab alignment (also known as Section B),” he added.

Meanwhile, MRL said the public information booths for Section C will operate on work days at APAD headquarters in Kuala Lumpur, and at the Ministry of Transport in Putrajaya during the three-month public inspection period that will end on April 14, 2020.

There will be other public inspection information booths opening elsewhere, which will operate on dates to be announced during the three-month period, it said. For more information, visit MRL's website at www.mrl.com.my.

With China Communications Construction Company Ltd (CCCC) as the main contractor, the 640-km ECRL that is scheduled for completion by December 2026, will traverse the East Coast states of Kelantan, Terengganu and Pahang, as well as Negeri Sembilan, Putrajaya and Selangor on the West Coast.