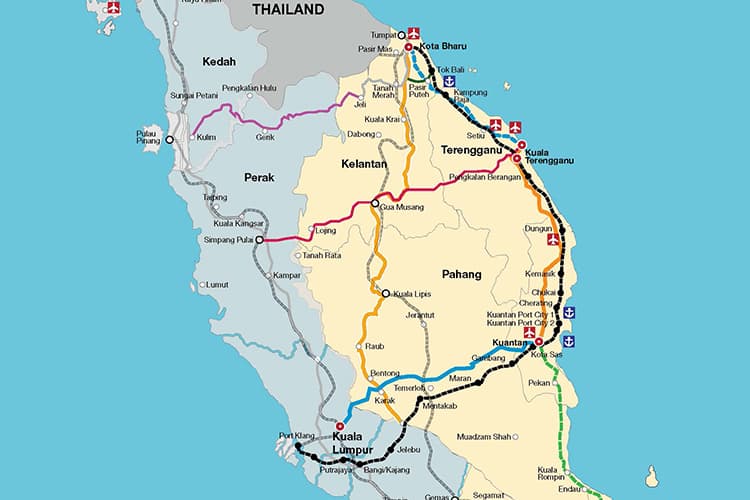 KUALA LUMPUR (May 18): Construction work for the East Coast Rail Link’s (ECRL) Section A, comprising a 210.4km stretch from Kota Baru to Dungun, is set to commence soon after the government gave its final approval.

Malaysia Rail Link Sdn Bhd (MRL), the project and asset owner of ECRL, said it received the approval in a letter dated May 14 from the Land Public Transport Agency (APAD).

MRL said the approval for Section A would include the final alignment route, locations of passenger/freight stations, and the number of lots to be under land acquisition for the stretch.

In addition, a 14.4km future spurline is expected to link the ECRL main line in Kelantan with the port of Tok Bali, it said.

“The ECRL will now have six stations under Section A consisting of Kota Baru and Pasir Puteh in Kelantan and Jerteh, Bandar Permaisuri, Kuala Terengganu and Dungun in Terengganu,” said MRL.

According to MRL, a total of 2,974 feedback responses were received during the three-month ECRL Public Inspection for Section A, of which 98% or 2,914 respondents supported the Kota Baru-Dungun alignment.

The remaining 2% or 60 respondents who objected were mainly landowners or houseowners whose properties had to be acquired to make way for the project, the company said.

MRL chairman Tan Sri Dr Ismail Bakar said the approval augurs well with the project’s time frame of ensuring preparatory works and earthworks for the Kota Baru-Dungun stretch to kick off by mid-2020.

Construction of the project was initially halted with the implementation of the movement control order. However, in mid-April, ECRL’s main contractor China Communications Construction (ECRL) Sdn Bhd received approval to operate during the period.

Ismail said the project’s overall completion rate currently stands at 16%, with certain work such as that involving tunnels and viaducts has since resumed in Section B for several weeks.

“We view the impact of the Covid-19 pandemic on the progress of the ECRL project to be minimal at this stage considering that construction works are already back on track,” he said.

The 640km ECRL project is divided into three sections, namely Section A (Kota Baru-Dungun), Section B (Dungun-Mentakab), and Section C (Mentakab-Port Klang). The rail infrastructure will traverse the East Coast states of Kelantan, Terengganu, and Pahang before linking with Negeri Sembilan, Selangor, and Putrajaya.

Scheduled for completion by December 2026, the ECRL is expected to link Kota Baru to Putrajaya in about four hours.