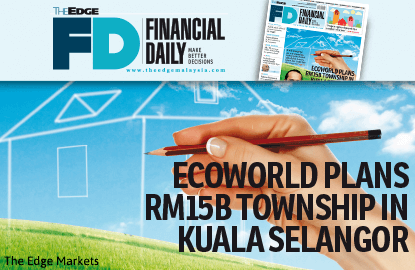 It intends to develop the land parcels into a self-contained township, with a potential gross development value (GDV) of approximately RM15 billion, based on preliminary management estimates, according to its filing with Bursa Malaysia.

It expects the proposed acquisitions to be completed by the second quarter of 2016.

According to the property developer, the proposed development is expected to be developed over a 15-year period.

“Paragon Pinnacle is currently in the initial stages of development planning and as such, is unable to ascertain the expected costs required for the development to be undertaken on the land [parcels],” it added.

According to EcoWorld, the projects planned for the tracts are: a mixed eco-township named Eco Gardens (1,400 acres), integrated and gated industrial hub Eco Business Park V (518 acres), and an affordable homes portion to be known as Laman Indah, which will be built on the remaining 280 acres of land.

EcoWorld said the proposed acquisitions would provide it with sizeable tracts in the north-western growth corridor of the Klang Valley, enabling it to establish a dominant presence in the area, with access to a new market catchment to complement its strong township positioning in the south-western and south-eastern corridors.

EcoWorld said the earnest deposit of 2% of the purchase consideration or RM23.63 million was funded, via internal funds, while the balance is expected to be funded through a combination of internal funds, bank borrowings and/or equity funding.

The actual amount required to fund the proposed acquisitions can only be determined later. The source of such funding will be decided after considering the gearing level of the group and its subsidiaries, it added.

It is also looking at inviting like-minded institutional, private equity and/or corporate partners to co-invest and fund Paragon Pinnacle, which will result in a potential reduction of EcoWorld’s stake in Paragon Pinnacle.

This will bring a corresponding reduction in its obligations to fund the land buys, though it intends to retain a minimum 30% stake in Paragon Pinnacle to ensure the group enjoys a meaningful share of the development’s profits.

The first SPA was entered into between Paragon Pinnacle and Mujur Zaman Sdn Bhd (MZSB) for the proposed acquisition of 11 pieces of land measuring about 1,107.3 acres for RM578.81 million or RM12 per sq ft (psf).

Under the second SPA, Paragon Pinnacle is buying a piece of land measuring about 86.35 acres for RM45.14 million or RM12 psf from Ringgit Exotika Sdn Bhd.

The third SPA was with Liputan Canggih Sdn Bhd, from which Paragon Pinnacle is buying 10 pieces of land, measuring approximately 527.43 acres, for RM218.26 million or RM9.50 psf.

The fourth SPA was with LBCN Development Sdn Bhd for the acquisition of a single tract measuring about 270.81 acres for RM192.41 million or RM16.31 psf.

The final SPA, also with MZSB, was for the proposed acquisition of three pieces of land measuring approximately 206.51 acres for RM146.72 million or RM16.31 psf.

In a separate filing, EcoWorld said it has received a six-month extension — until March 26 next year — to obtain the planning permission from Penang Development Corp (PDC) for its proposed RM10 billion Eco Marina development in Bandar Cassia, Batu Kawan, Seberang Prai Selatan, Penang.

It said the extension was pursuant to the expiry of a six-month period — from the letter of award (LoA) — to obtain the planning permission and its shareholders’ approval in an extraordinary general meeting pursuant to the proposed Eco Marina development on Saturday.

It said PDC had vide its letter dated Sept 17 — received yesterday — agreed to extend the planning permission period for six months until March 26, 2016, and the shareholder approval period for three months until Dec 26 this year.

Recall that EcoWorld announced in April it had received the LoA from PDC for the proposed 470-acre Eco Marina development, which includes an 18-hole golf course.

The proposed project’s GDV is estimated at RM10 billion over a development period of 10 years. 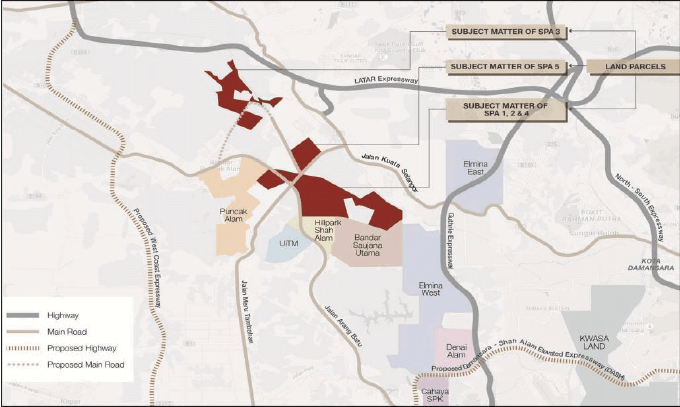