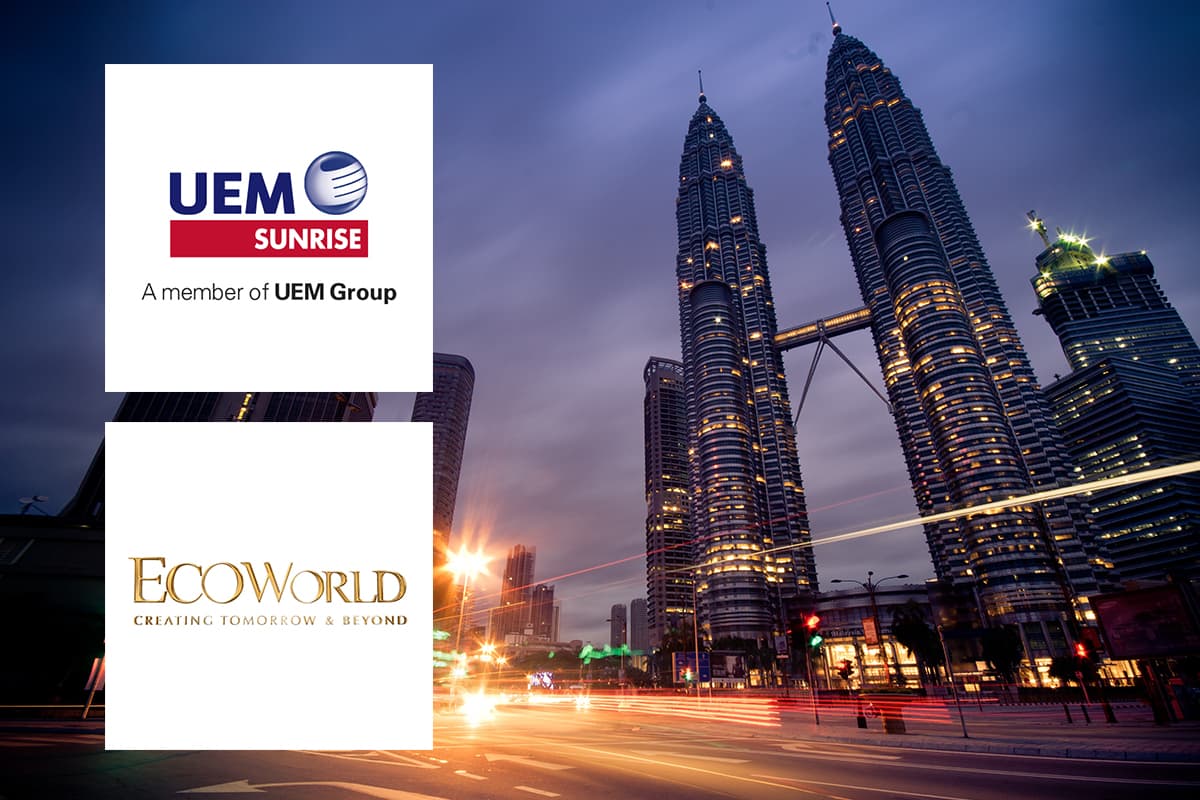 In a note today, analyst Lum Joe Shen said the deal is slightly more of a positive for UEM Sunrise as it stands to gain from EcoWorld’s strengths in marketing and township planning that could help boost sales, while also reducing earnings volatility from UEM Sunrise’s lumpy overseas contributions.

On EcoWorld’s side, Lum said a potentially strong reason for the merger may be that its key shareholders are concerned over the outlook for the property sector and economy for the foreseeable future, and therefore the group could benefit from the backing of a stronger shareholder in the form of Khazanah Nasional Bhd via UEM Group Bhd.

This would help EcoWorld in the event that it needs to raise funds via equity, he said, although he noted that the developer is still registering healthy sales, declining net gearing and a positive operating cash flow.

“On the flip side, we have some lingering questions in our mind as to the rationale for EcoWorld to agree to the merger. From a management and operational standpoint, EcoWorld’s key shareholders would lose their majority ownership, brand name potentially and possibly become less agile in terms of decision-making.

“Also, there may be concerns as to the fit in terms of culture,” he wrote.

The analyst also pointed out that he does not see much land belonging to UEM Sunrise that would fit EcoWorld’s current appetite as its development strategy so far is centred on township planning, which requires large tracts of land.

Only two areas have the potential to fit into EcoWorld’s strategy — a 9,000-acre (3,642.17ha) land in Johor and another 2,400-acre land in Perak — which raise the question of whether EcoWorld would be better served by a simple joint-venture (JV) structure.

Lum noted that UEM Sunrise had previously formed JVs with Gamuda Bhd, Kuala Lumpur Kepong Bhd (KLK) and Mulpha International Bhd, and EcoWorld is not in a rush to replenish its Johor land bank as it still has 1,700 acres of undeveloped land in the southern region.

“Overall, we opine that the deal in its existing form benefits UEM Sunrise more than EcoWorld, and UEM Group might need to provide additional incentives to EcoWorld for the merger to go through. Both UEM Sunrise and EcoWorld have until Oct 30 to respond with their decisions on the proposal,” said the analyst.

Yesterday, UEM Group proposed the merger of the two developers via a share swap deal as it saw a “pressing need for industry players to consolidate resources and capabilities” to withstand the headwinds that property developers are currently facing.