Econ4.0: Are you receptive to RCEP? 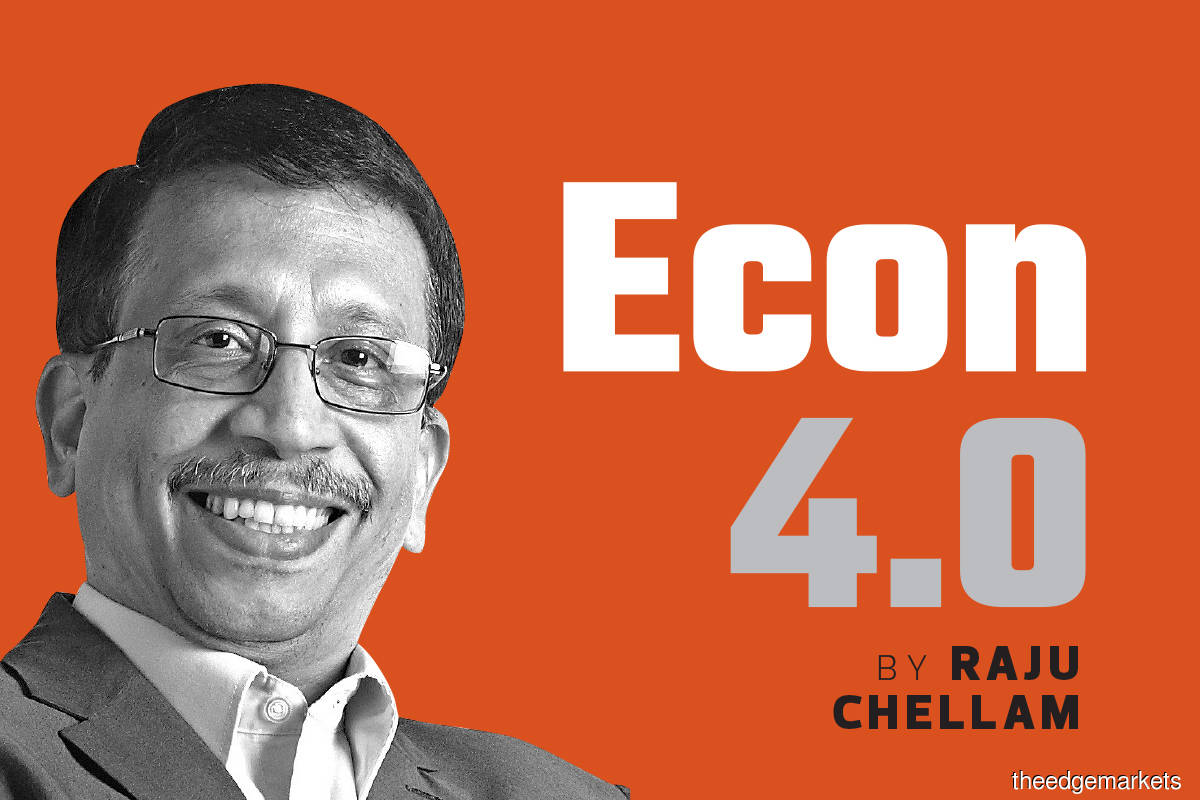 Here’s a tall tale: A scholar with a doctorate in mathematics goes hiking and comes across a shepherd herding a large flock of sheep. The scholar is mesmerised by the fluffy animals grazing in the grass. “I’m a mathematician,” he tells the farmer. “I’d like to bet you that I can count the exact number of sheep in your flock. If I’m wrong, I’ll give you US$100; if I’m right, you’ll give me one sheep.” The shepherd is amazed. “You can just run your eyes across my flock and calculate the exact number of sheep I have? I accept your bet.”

The scholar runs his fingers in the air and does his mental maths. “You have 234 sheep in total,” he says. “Am I right?” The shepherd is stunned. “That seems about right, I guess,” he says. “I have never counted my flock, but I will take your word. You can have one of my sheep.” The scholar picks up an animal.

“Hang on a minute,” the shepherd says. “It’s my turn now. If I guess your occupation, you should give me back the animal and US$200. If I’m wrong, you can take another one of my sheep. Is that fair?” The scholar is sceptical but he can’t resist a good deal. “Go on, make my day!” The shepherd taps his forehead. “You’re either an economist or a management consultant,” he says.

The scholar is surprised. “That’s absolutely amazing! How the hell did you know?” The shepherd smiles. “Put down my dog and I will tell you.”

That corny tale is to cheer you up this Lunar New Year, with due apologies to economists and management consultants. With continuing Covid-19 infections, travel restrictions and job losses, is there anything to cheer about? Yes. The receptive response to the Regional Comprehensive Economic Partnership (RCEP). It took eight years for the 15 member countries to hammer out the deal that will take effect later this year. What makes it unique? The RCEP is the first free trade agreement between China, Japan and South Korea — three of the four largest economies in Asia. The 15 economies account for 30% of the world’s population (2.2 billion people) and 30% of global GDP (US$26.2 trillion), making it the biggest trade bloc in history. Asean should take a bow because the RCEP was conceived in 2011 at the Asean Summit in Bali. It has 20 chapters, 17 annexes and 54 schedules of commitments that cover market access, rules and disciplines.

“The RCEP is a historic event as it underpins Asean’s role in leading a multilateral trade agreement of this magnitude, despite global and regional challenges and eight years of negotiations,” says Datuk Lim Jock Hoi, secretary-general of Asean. “The RCEP will give a much-needed boost for a swift and robust recovery for businesses and people in Asean, particularly during the current Covid-19 pandemic crisis.”

The goal? To eliminate tariffs and quotas in 65% of goods and services traded across the region, with a revised definition governing “rules of origin”. For example, a product made in Malaysia with components procured from Japan might face import taxes in Australia. Under RCEP, components from any member nation would be treated equally, cutting down red tape and onerous documentation. This will encourage firms to invest more in the region, including building supply chains and services, and generate more jobs.

Growth in services may get a big boost. While trade in goods has flattened, service flows have become the real connective tissue of the global economy. “Trade in services is growing 60% faster than trade in goods — and Asia’s services trade is growing 1.7 times faster than the rest of the world’s,” notes a McKinsey study published in July 2019. “While India and the Philippines are among the biggest exporters of back-office business services, trade in knowledge-intensive services is still in its infancy across most Asian countries and represents an important gap to be filled.”

In 2000, Asia accounted for just under 33% of global GDP in terms of purchasing power parity; it is on track to top 50% by 2040. “By that point, it is expected to account for 40% of the world’s consumption,” the McKinsey study reports. “Asia is making not only economic progress, but rapid strides in human development, from longer life spans and greater literacy to a dramatic surge in internet use.”

The 10 members of Asean — Malaysia, Singapore, Indonesia, Thailand, Brunei, Vietnam, Cambodia, Laos, Myanmar and the Philippines — have a combined population of 661 million and US$9.7 trillion in purchasing power parity. They join five others — Japan, South Korea, Australia, New Zealand and China — to form the 15-member RCEP. The RCEP will help streamline supply chains, which in turn could benefit manufacturing across the region, especially Malaysia. However, it is services that will benefit the most from RCEP. Every type of cross-border transaction now has a digital component. The heart of the digital economy is data, or the flow of information across businesses and governments, crossing national boundaries. Malaysia and Singapore were the first two countries in Southeast Asia to introduce legislation to tax digital trade in goods and services, both of which started on Jan 1, 2020.

Malaysia defines “digital service” as one that is delivered or subscribed over the internet or electronic networks, where the delivery of the service is automated and uses IT across all touchpoints. Foreign service providers (FSPs) who offer digital services to consumers need to be registered as foreign registered persons (FRPs). It is mandatory for an FSP to be registered when the total value of digital services provided to consumers in Malaysia exceeds RM500,000 per year, as per guidelines from the Royal Malaysian Customs Department. The applicable digital trade tax rate is 6%.

Malaysia was also the first country in Southeast Asia to launch the Digital Free Trade Zone (DFTZ) in November 2017. It was an initiative between Alibaba, Malaysia Digital Economy Corporation (MDEC) and Malaysia-based Fusionex, which powers the DFTZ eServices Platform. Fusionex implemented the electronic Trade Facilitation Platform (eTFP) to boost digitalisation of trade documents and processes.

Should you be receptive of RCEP? Of course, you should. For one, RCEP’s scale far exceeds the Trans-Pacific Partnership, which has 11 countries, including Malaysia and Singapore, minus the US (see chart). For another, RCEP opens trade doors beyond Asean. And, finally, RCEP may facilitate technology transfer that would otherwise not occur, enabling SMEs to get into international trade.

One of my friends works for a business that deals in the import and export of prosthetic limbs. “RCEP has made my dream come true,” he joked with me. “I never ever imagined I’d be an international arms dealer one day!”