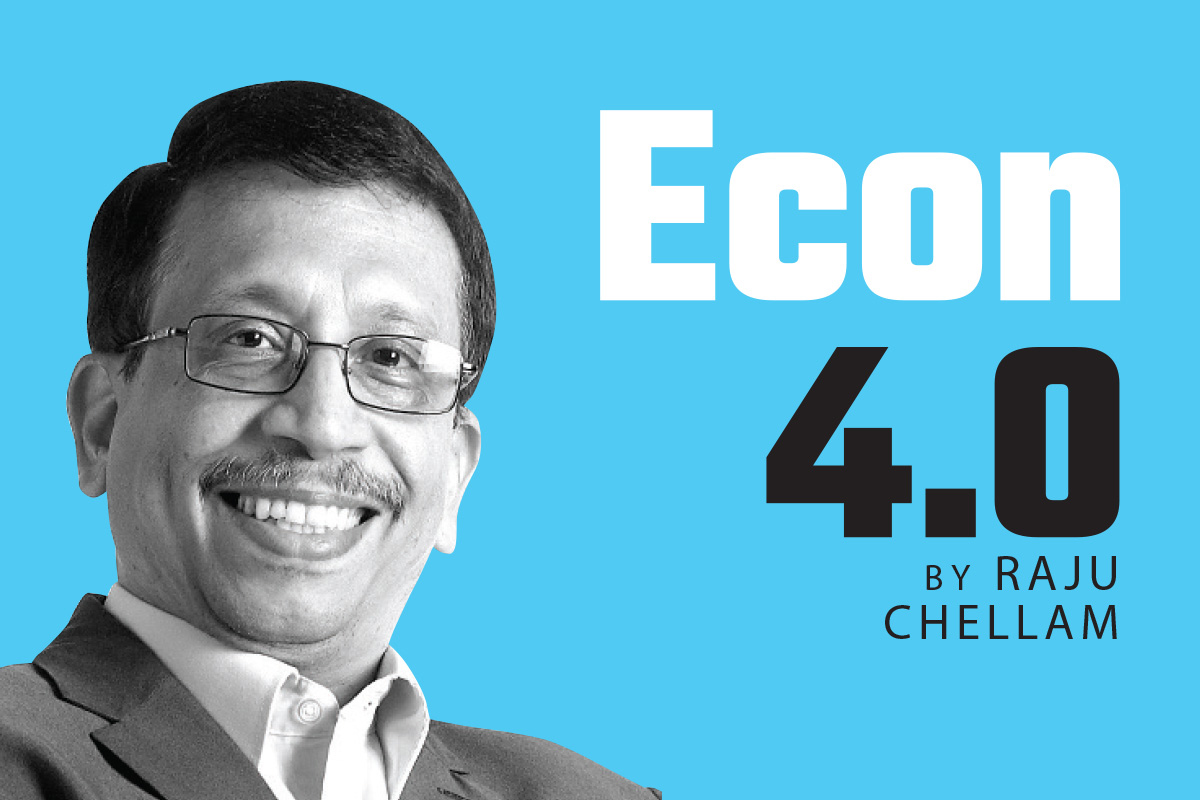 Here’s a modern financial fable: A desperate digital device manufacturer was tossing and turning, and couldn’t sleep. “What’s wrong with you?” his irritated wife asked. “I owe the bank a million dollars,” the CEO said. “I don’t have the money.”

His wife turned on the light. “Give me the bank manager’s mobile phone number.” She went to the living room and returned after a short while. “The problem is solved,” she said. “It’s past midnight. Stop worrying. Go to sleep.”

The CEO was astonished. “What did you do?” he asked. “How’s the problem solved?” The wife turned off the light. “I woke the bank manager from his sleep and told him that you don’t have the money, and it’s his job to find a solution to your problem. It’s now his worry, not yours.”

If that story made you smile, this would make you squirm: A global shortage of semiconductor chips will continue in 2022 and probably 2023 before it recedes, similar to the situation during the 2008/09 chip shortage. Since semiconductors are used in almost every electronic, computing and internet-enabled device, there’s a good chance the chip shortage could sting you if you’re a manufacturer or reseller.

“The pandemic caused PC sales to rise by more than 50% year on year (y-o-y) in early 2021, while chip purchases in data centres went up by 30%. Although growth in both areas slowed a little in 2021’s later months, demand in 2022 is predicted to stay well above long-term trends,” Deloitte Global reported.

The crux is with cars. The automotive industry’s use of chips ballooned in 2021. The average vehicle in 2010 contained US$300 worth of microchips.

“As cars become increasingly digital, that will rise to more than US$500 in 2022, totalling more than US$60 billion for the year. Although there were some signs that the auto industry’s chip shortage was easing by the summer of 2021, lead times were still longer than usual and automakers were still cutting production,” Deloitte noted. The US leads in semiconductors, accounting for up to 50% of global billings. But chip-making has shifted more to Asia.

The global market saw a strong surge in 2021, with semiconductor revenues reaching US$583.5 billion in 2021, up 25% y-o-y. That was the first time the market rose above the US$500 billion threshold. The biggest drivers: 5G smartphones and a boom in PC sales.

“It’s important to note that the growth in the market was not due to high demand alone. The chip shortage led to logistics and raw material price increases, which in turn drove semiconductors’ ASP [average selling price] higher,” said Gartner vice-president Alan Priestley.

“Coupled with high demand, ASP increases contributed to the market’s overall growth. All top 10 semiconductor vendors experienced revenue growth in 2021, with some reaching growth rates upward of 50% for the year.”

International Data Corp expects the tight semiconductor supply to continue through 1H2022 as the industry ramps inventory to normal levels. Covid-19 surges have slowed manufacturing, but labour shortages will be a concern.

“Automotive semiconductors will continue to be a limiting constraint on the vehicle market through 1H2022. But barring any unforeseen shutdowns or semiconductor manufacturing issues, supply should gradually improve through 2H2022. Adding in the time to manufacture the vehicle, this means the automotive market will begin to improve towards the end of 2022 and into 2023 if there are no other supply chain shocks,” said Nina Turner, research manager at IDC’s semiconductor team.

Meanwhile, chipmakers are scrambling to catch up. The three largest semiconductor manufacturers announced cumulative annual capital expenditures of more than US$60 billion for 2021 and will likely spend more in 2022.

In January, Intel announced it would invest more than US$20 billion to construct two new chip factories in Ohio. Other vendors — Samsung, Texas Instruments and GlobalFoundries — plan to ramp up semiconductor manufacturing within three to five years.

The chip shortage, however, is a blessing in disguise for Malaysia. In December 2021, Intel announced it would invest US$7.1 billion to expand its manufacturing operations in Penang and Kulim. This will help create 4,000 new technical jobs and 5,000 local construction jobs. That’s on top of the 13,000 people that Intel already employs in Malaysia, roughly 10% of the company’s global workforce. Intel built its first offshore assembly plant in Penang in 1972.

“This investment is impactful in terms of enabling us to scale up the volume of production. As well as in moving up the value chain of technology transfer and capacity building,” said International Trade and Industry Minister Datuk Seri Mohamed Azmin Ali.

“This augurs well for Malaysia’s National Investment Aspirations, which look to ensure the country stays at the forefront as a global hub for quality investments while creating high-value jobs.”

Malaysia accounts for 13% of global chip packaging and testing. Up to 7% of the world’s semiconductor trade passes through the country. In 2020, Malaysia exported RM386.29 billion worth of electrical and electronics products, close to 40% of the country’s total exports.

But then, the pandemic created pandemonium. Taiwan leads the world in semiconductor production, but the logistics are complicated. In October, Taiwan Economic Minister Wang Mei-Hua told Reuters that it could not solve the problem alone because the supply chain is complex.

“The bottleneck is in Southeast Asia, especially Malaysia, because for a while, the factories were all shut down,” she said. “Malaysia started to restore production capacity in early September. The production capacity has now returned to about 80%. If the capacity can come back, this problem can be dealt with.”

“For the automotive chips, they are doing their best to ship as much as possible. But the current capacity cannot meet demand because it’s too huge, the build-up is a lot,” Reuters reported.

“Everything is at 100% to satisfy the demand for automotive parts. Where they can increase productivity, they’re already doing so.”

Manufacturing is a significant component of Malaysia’s economy and contributes about 23% to its GDP. Up to 98% of companies in the manufacturing sector are small and medium enterprises (SMEs), which are primarily Malaysia-focused but with great potential for export.

The manufacturing industry employs 17% of the country’s workforce, compared with 62% in the services sector. That is natural, given that services need a substantial human component while manufacturing requires a significant capital outlay.

How long will the shortages last? New restrictions and supply chain disruptions caused by the Omicron variant could delay the market’s recovery. In a pessimistic scenario, this would mean the shortages could last into 4Q. As a result, businesses can expect to see a continued extension of PC shipment lead times.

“We may also see delays in new product launches or even defeaturing of products, for example, lowering the memory or storage capacity of PCs and mobile devices,” said Gartner’s Priestley.

“Those looking to procure devices for their enterprises should watch out for new lockdown announcements, restrictions on the free movement of material and workforce, and delays in capacity expansion. These may be early indicators that the chip shortages will extend further into 2022.”

The bottom line is that it will take years before new US chip manufacturing facilities are fully operational. Such expansion will not alleviate the current chip shortage. It will, however, help support the production and delivery of chips for US-based electronics and automotive manufacturers.

It is important to note that building new leading-edge chip fabrication plants in the US does not make the region self-sufficient. Electronics products rely on chips from a wide range of fabricators. Most semiconductors are integrated into products in factories outside the US, so this will continue to rely on global supply chains.

Since we started this column on a monetary note, let’s end with one. “Are you an optimist or a pessimist, bro?” my friend asked me recently. “I’m an optimist,” I replied. He made a wry face. “In that case, I won’t ask you for a loan,” he said. “I always borrow money from pessimists; they don’t expect it back.”