Econ 4.0: Where is the economy headed? 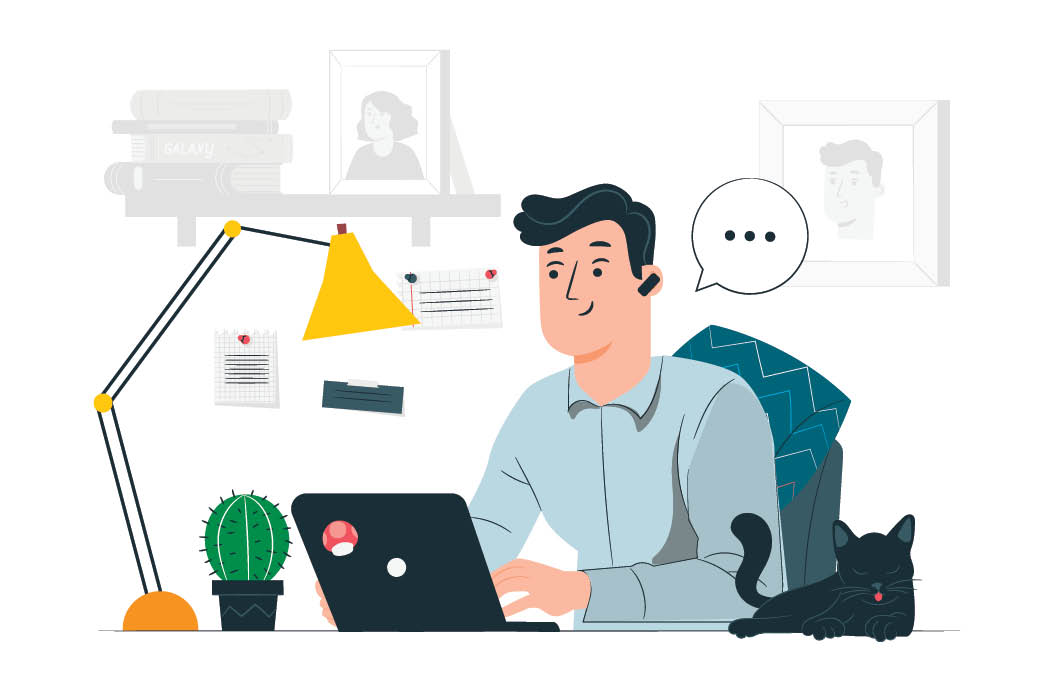 Here is a poignant economic fable. On a warm, wet Wednesday, a tired tourist walks into an empty three-star hotel in a debt-ridden town and offers a cash deposit of US$100 to inspect the rooms. The hotel owner accepts the deposit and rushes off to pay his debt at the local grocery store.

The grocery store owner takes the cash and runs to pay the food-grains wholesaler. The wholesaler then dashes off to the butcher to pay his overdue debt. The butcher gives the money to his wife and asks her to settle her loan. The wife runs to the hotel owner to pay her loan.

Before the hotel owner can stash the cash in the till, the tourist walks down the stairs and says he does not like the room, takes his money and leaves. The moral of this story: No one earned anything, but everyone in the small group settled their debts and the nominal GDP of the town went up a notch.

If that sounds more like freakonomics rather than economics, you are right. The odd subject of marrying economics with seemingly unrelated social issues was the topic of the book, Freakonomics: A Rogue Economist Explores the Hidden Side of Everything, written by University of Chicago economist Steven Levitt and New York Times journalist Stephen Dubner. It was published in April 2005 and had sold four million copies by 2009.

You do not have to look very far to see how Covid-19 has turned economics — and most economies — freaky. While no one can be sure about the exact economic damage from the pandemic, there is widespread agreement among economists that it will have a severe negative impact on the global economy.

Statistics portal Statista’s early estimates predict that most major economies will lose at least 2.4% of the value of their GDP in 2020. Leading economists have cut their global economic growth forecasts to 2.4% from about 3% for this year.

“To put this number in perspective, global GDP was estimated at around US$86.6 trillion in 2019. Just a 0.4% drop in economic growth amounts to almost US$3.5 trillion in lost economic output,” it says.

However, these predictions were made prior to Covid-19 becoming a pandemic and before the implementation of widespread restrictions on social contact to contain the spread of the coronavirus. “Since then, global stock markets have suffered dramatic falls due to the outbreak, with the Dow Jones Industrial Average reporting its largest-ever single-day fall of almost 3,000 points on March 16,” Statista noted in a blog post published at end-April.

We have never before attempted to shut down the modern global economy, much less reopen it in the setting of an ongoing pandemic. “We have a few examples of strategies that seem to work better, or worse, but none of us know with any certainty the best actions. Even places with strong initial responses like Hong Kong and Singapore have faced challenges as they reopen. China has also seen an increase in cases,” says management consulting firm McKinsey.

The fear of resurgence, or a second wave of global infections, is real. “Resurgence seems to be not a question of if, but when, where and how bad. Many experts are focused on a potential second wave of Covid-19 in the northern hemisphere this autumn,” says McKinsey.

“This is certainly possible. But focusing on the risks of autumn and winter causes us to look past the summer, which is risky because it is sooner and it is when many jurisdictions will be reopening and testing.”

The rush to find a cure is also on, albeit in silos and without any multilateral collaboration or coordination. The speed and scale of the R&D response to the Covid-19 outbreak is unprecedented in human history, with billions of dollars being spent and committed in pursuit of drugs, vaccines and diagnostics.

“There are more than 150 vaccines in the pipeline and 200 drug candidates. On diagnostics, beyond the RT-PCR and classic lateral-flow immunoassays already in use for many viral and antibody tests, new technologies such as CRISPR have already been granted emergency-use authorisation by the US Food and Drug Administration,” says McKinsey.

The 10 members of Asean — Malaysia, Singapore, Indonesia, Thailand, Brunei, Vietnam, Cambodia, Laos, Myanmar and the Philippines — have a combined population of 661 million and US$9.7 trillion in purchasing power parity. While the GDP per capita varies widely between member countries, the pandemic has hit the region hard.

The economic impact of Covid-19 on Asean will be mainly felt through three channels — exports, tourism and domestic demand. The global GDP may decline by almost 3% this year and all tourism has ground to a halt.

“We expect Singapore and Vietnam to be hit hardest in terms of exports and the Philippines and Thailand to be hit most in terms of tourism,” RaboResearch said on May 19. “International tourism will remain depressed until widespread vaccination is possible. Optimistic estimates put this at 2Q2021 at the earliest. Even assuming the optimistic case for Thailand and the Philippines, the slow recovery in tourism will hold back their economic recovery in 2021.”

RaboResearch, which is part of Holland-based Rabobank, estimates that most Asean countries will face deep recessions this year, assuming that the virus will not spiral out of control and overwhelm healthcare systems.

“We expect Malaysia’s economy to contract 6% this year. It has adopted relatively strict lockdown measures and is a commodity exporter. Oil represents 14% of Malaysia’s exports and comprises almost 20% of the government’s revenue. The latter will also hamper the government’s ability to mitigate the negative economic effects of Covid-19,” says RaboResearch.

On June 5, Malaysia launched a RM35 billion economic stimulus package, its fourth, aimed largely at checking unemployment, which has hit a 10-year high. The plan includes RM10 billion in direct fiscal injection, of which 50% will be spent on extending existing wage subsidies from three to six months. Another RM4 billion will be allocated to benefit workers, including for upskilling programmes and to improve the welfare of freelancers.

So far, Malaysia’s outbreak has been small. In mid-May, Prime Minister Tan Sri Muhyiddin Yassin said the curbs had so far cost the economy RM63 billion.

Singapore’s Ministry of Trade and Industry noted that there were significant uncertainties in the global economy, with a risk that subsequent waves of infections in major economies such as the US and the EU could further disrupt economic activity. If infections start to rise and strict measures such as lockdowns and movement restrictions are re-imposed, the downturn in these economies could be more severe and prolonged.

Will working from home become the new normal? Will employees prefer not to commute in crowded trains? What can companies do to help their staff transition from home to office again? The short answer: enhance employee experience. A Gartner survey of 214 human resources (HR) leaders in April found that 64% would prioritise employee experience more highly now than before the coronavirus outbreak.

“The return to the workplace is not just an operational challenge, it is a human challenge. While several people, including the CEO, general counsel and chief financial officer will be involved in the decision of when, who and how to return to the workplace, the chief human resources officer must be the voice of the workforce,” says Elisabeth Joyce, vice-president of advisory at Gartner’s HR practice.

Companies must choreograph the return to the workplace by creating new “employee journey maps” to identify and manage the moments that matter most to employees upon re-entry into the workplace, such as their first day back and their first team meeting.

“As companies implement their return to the workplace strategy, the feelings and reactions of their employees will likely play out publicly. The decisions that organisations make across the next several months will define their employment brand for the next several years,” says Joyce.

Gartner recommends that HR heads consider the following before reopening their workplaces.

When should employees return to work in offices? Health and safety should be a top priority. Employees need to feel safe. It is not enough to establish safety measures; employee perception is key. HR must be transparent and specific about the efforts being undertaken so employees understand the safety measures being enacted on their behalf. If employees are unwilling or unable to return to the workplace, companies should not force them. If employees start to feel unsafe, this should be a trigger for re-exiting the workplace.

The HR department should gather data to assess employee sentiment and comfort about returning to the workplace, and continue to monitor the situation. Senior management must determine the triggers for closing the workplace again — if the need arises — and communicate this to their workforce.

Who returns first? Some organisations have already formally segmented employees according to their roles, activities, skill sets and ability to work remotely. HR should use the recent experience with remote work to determine which employees have been able to adjust quickly and remain productive remotely. Ultimately, staggering the return to the workplace should minimise the impact on workers that do not have to return.

Companies should make decisions about who needs to return based on the work, not the worker. Where employees continue to be productive remotely, their managers may need to make the business case for returning them to an on-site location. Employers should lead with flexibility, not create rigid policies.

How should companies handle this? Gartner says leading organisations are working to identify and manage the re-entry into the workplace. The perception of safety is as important as safety itself. Leaders should be transparent with employees about any changes in the risk of transmission. A lack of perceived safety will undermine employee confidence in the return to workplace plan.

External factors, including reduced mass transit availability and reduced or non-existent childcare, will have an outsized impact. An organisation may be open for business, but the employee experience is broader than what is inside the building. Continued disruptions in daily life will drain productivity. HR can open a dialogue by inviting employees to share specifics of their situation and equipping managers to respond.