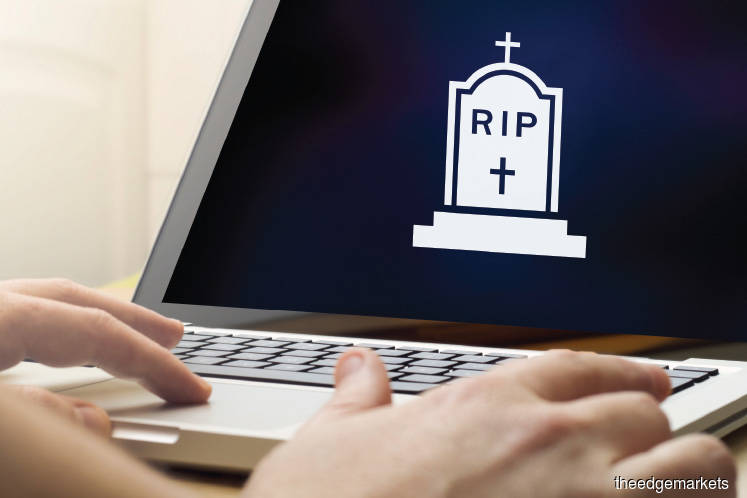 In 1979, a British band called The Buggles released a single, Video Killed the Radio Star, which topped the UK Singles Chart. It also topped the music charts in 15 other countries.

Is technology — and history — repeating itself 39 years later? Is the personal computer being killed by the surge in sales of tablet computers and smartphones?

A traditional PC, as defined by International Data Corp (IDC), includes desktops, laptops, workstations and convertible laptops. It excludes servers, pure-play tablet devices (such as the iPad) and smartphones. The problem: traditional PCs have been on a sort of comatose state for the last six years.

But for the first time since 2012, growth in sales of traditional PCs registered a brief blip on the ECG monitors at IDC. About 62.3 million PCs were sold in the second quarter of this year, up a surprising 2.7% from the previous corresponding quarter, according to the preliminary results of IDC.

Why is this surprising? Because the results exceeded IDC’s forecast of 0.3% growth and marked the strongest year-on-year growth in more than six years — that is after a growth of 4.2% in the first quarter of 2012.

“Although helped to some extent by a weak 2Q2017, which was impacted by key component issues, the 2Q2018 results decidedly bucked the trend from the previous three quarters, which had the market hovering slightly above or below flat growth,” says the research firm.

“The market grew for both the premium and entry models. Chrome OS-based devices, premium notebooks and gaming PCs all fuelled the mix in the wake of improved supply and prices of graphic cards.”

The growth was across all major markets worldwide. “Although the traditional PC may not be the default device for many usage scenarios, the market continued to show pockets of resiliency as PC usage experience evolves and improves. Even certain types of desktops saw growth amid this business-driven refresh cycle,” says Jay Chou, research manager at IDC’s Personal Computing Devices.

The bigger surprise? Even the sluggish US market showed an uptick. “Results for 1H2018 were encouraging for the US PC market despite the challenges that surfaced, including the expected slowdown of Chromebooks amid production inhibitors. And with sentiment looking good for the second half of 2018, the US could deliver a strong market performance for the year,” says Neha Mahajan, senior research analyst for IDC Devices & Displays.

While specific data on Malaysia is not available, statistics and trends across the region could be a good reflection for the country as well. Last year marked Asean’s 50th anniversary. It was set up in 1967 with Indonesia, Malaysia, Singapore, Thailand and the Philippines. It now includes Brunei, Vietnam, Lao PDR, Myanmar and Cambodia.

“More than 100 million people are estimated to have joined Asean’s workforce over the past 20 years. Another 59 million are projected to be added by 2030, making Asean the third largest labour force worldwide, behind only China and India,” notes a PwC study released in May.

The bargaining power of the region is evident in its ability to attract foreign direct investment (FDI). “A growing and more advanced workforce, together with increasing local consumption, has enabled Asean to continue to attract substantial FDI despite rising volatility in capital flows worldwide. Asean has thus established itself as the fourth most popular investment destination globally and the second largest destination in Asia, after China,” says David Wijeratne, a PwC partner and growth markets centre leader.

What about Malaysia’s prognosis? Its current gross domestic product is set to reach US$500 billion by 2022, with a growth of about 5% per year from 2017. Growth in the fourth largest Asean economy (together with Singapore, by GDP size) is expected to be driven by multiple factors, including stabilising global commodity prices, improvements in global demand for exports of electrical and electronic goods and rising infrastructure spending, according to PwC.

The Malaysian government plans to boost infrastructure spending in the next few years, especially in sectors such as transport, logistics, digital connectivity and utilities. “Malaysia has always been a trade and investment-friendly country known for its ease of doing business,” says Sridharan Nair, managing partner at PwC Malaysia.

“It looks to be on a steady growth path over the next 20 years, although we can expect some short-term ups and downs as a mature emerging economy. The introduction of sustainable economic reforms, a focus on technology and education and efforts to address the wage gap will help support Malaysia’s growth.”

That promise of growth is showing results. Early this year, Hong Kong-based Nexstgo announced that its Avita brand of designer laptops — called Liber — would be launched in Malaysia. “Our brand philosophy is to allow customers to express themselves through technology and we aim to do this through our vibrant Liber range,” Nexstgo CEO Alex Chung said at the launch.

The focus on communications and broadband is apt. Malaysia’s Communications and Multimedia Minister Gobind Singh Deo wants telecommunications companies to double the broadband speed, but halve the price. “With the rapid speed of change in technology, we need to keep up with the latest developments or risk being left behind,” he said at the Wild Digital 2018 conference in July.

On a global basis, Gartner reported that the market for traditional PCs and tablets may decline 1.2% this year while the mobile phone market will grow 1.4%. “The PC market is still hindered by the undersupply of the DRAM (dynamic random access memory) chips this year, due to the lack of new wafer capacity coming online. As a result, PC vendors will continue to increase their prices throughout 2018. Larger screens and more graphic boards also mean rising costs, adding to the bill of hardware materials for businesses and household buyers,” says Gartner research director Ranjit Atwal.

The market results in the final quarter of last year showed that PCs are not being bought as frequently as in earlier years. “This does not mean that PCs will disappear from households. Rather, the PC will become a more specialised, purpose-driven device,” says Gartner principal analyst Mikako Kitagawa.

“PC buyers will look for quality and functionality rather than the lowest price, which will increase average selling prices and improve profitability in the long run. However, until this point is reached, the market will have to go through the shrinking phase caused by fewer PC users.”

The flipside? Laptops are getting faster and thinner. Buyers who want a high-quality, high-end product like the Microsoft Surface Pro or the MacBook Pro are buying.

“Laptops are getting slimmer, last longer and are more powerful, but those benefits may not be as valuable to PC users that they feel compelled to upgrade. My mid-2013 MacBook Air is not going to be any worse, the way I use it, than a new top-of-the-line 13in MacBook Pro with Retina display and Touch Bar. So, why buy one?” Mihaita Bamburic wrote in BetaNews early this year

Is the PC industry’s uptick sustainable? A total of 62.1 million units were shipped worldwide in the second quarter of this year, up 1.4% y-o-y — the first quarter of global growth since 1Q2012. But this does not mean the PC industry is out of the woods just yet.

“PC shipment growth was driven by demand in the business market, which was offset by declining shipments in the consumer segment. In the consumer space, the fundamental market structure, due to changes in PC user behaviour, still remains and continues to impact market growth,” says Kitagawa.

“Consumers are using their smartphones for daily tasks such as checking social media, calendaring, banking and shopping, which is reducing the need for a consumer PC. In the business segment, PC momentum will weaken in two years, when the replacement peak for Windows 10 passes. PC vendors should look for ways to maintain growth in the business market as the Windows 10 upgrade cycle tails off.”

The top PC vendors globally? According to Gartner, Lenovo and HP Inc tied for the first spot with 21.9% market share each, followed by Apple (7.1%) and Acer (6.4%). Other niche players rounded up the other 25.9%.

Gartner’s definition of PCs includes desktops, laptops and ultra-mobile premiums (such as Microsoft Surface), but not Chromebooks or iPads. Lenovo jumped into first spot, thanks to the completion of its joint venture with Fujitsu.

The bottom line: Is the PC dying? Not quite. While other networked devices such as tablet PCs, iPads and smartphones take on the job of communications, messaging and browsing, the PC is still the workhorse for most people — for heavy-duty lifting, for business and personal workloads and for serious, focused, concentrated bouts of work. It may metamorphose more over time, such as offering error-free voice-to-text, as a substitute for a workstation or a server, but it will remain the workhorse it was intended to be.

In May 1897, the great American novelist Mark Twain was on a speaking tour in London. Someone started a rumour (now called fake news) that Twain had been gravely ill and died. A major US newspaper even printed his obituary. When Twain was told about this by a reporter, he famously quipped, “The reports of my death are greatly exaggerated.”

The same is true of the impending demise of the PC.