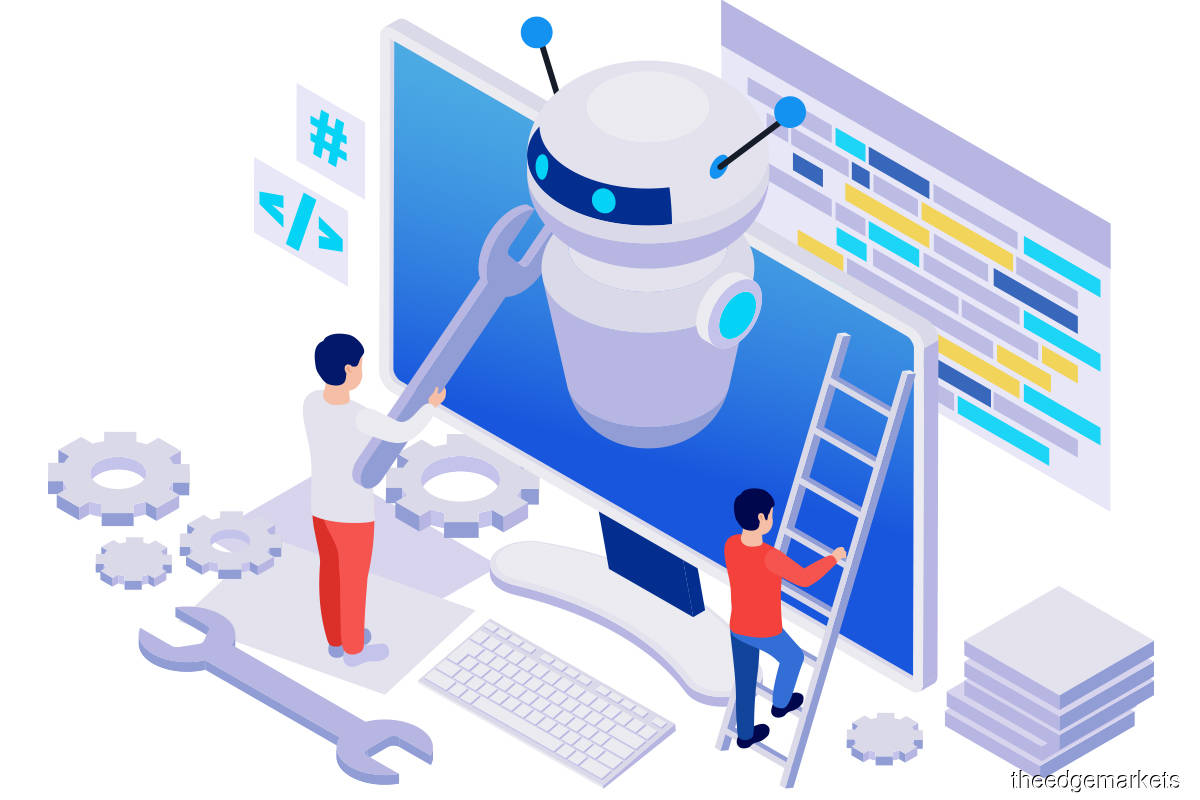 At the start of the new year, I ran into my buddy, who narrated this horrifying story: “Can you believe it, bro? I had the toughest time of my life,” he said. “First, I had athero­sclerosis. Just as I was recovering, I got bartonella bacilliformis. This was followed by campylobacteriosis and diphyllobothriasis. That gave way to elephantiasis. By the time I recovered, I got hit by fasciolopsiasis and gnathostomiasis. And finally, it was heterophyiasis. I almost didn’t make it, bro. It was the toughest spelling test I’ve ever had!”

If that quip made you smile, this should make you shiver: Up to 93% of global executives believe that going digital is critical to achieving their strategic goals. Despite that, 90% of CEOs believe that their firms are not set up to take advantage of the new opportunities offered by digitalisation. That’s McKinsey’s assessment.

“Not only is the speed of technological progress often underestimated, it is also getting increasingly faster,” McKinsey says. “Key digital technologies, such as automation, artificial intelligence (AI), advanced analytics, Internet of Things (IoT), and augmented and virtual reality, are constantly evolving. Companies need to fundamentally rethink their organisational set-up and embed digital in their DNA to remain competitive and reap the benefits of emerging technologies.”

Which factors should you keep in view for 2022? Here’s my plate of pointers, from A to H:

AI is moving from hype to hope. Businesses are set to invest US$110 billion (RM463 billion) on AI-related solutions and services by 2024, about 200% more than the US$37.5 billion they spent in 2019, according to IDC. That is a compound annual growth rate (CAGR) of 25%. Gartner says that by 2025, the 10% of enterprises that establish AI engineering best practices will generate at least 300% more value from their AI efforts than the 90% of enterprises that do not.

The next phase? Generative AI (GAI), or programs that can use existing content like text, audio files or images to create new plausible content. You can use GAI to design software, facilitate drug development and for targeted marketing. On the flip side, GAI can be misused for scams, fraud, disinformation, forged identities and so on. By 2025, Gartner expects GAI to account for 10% of all data produced — from 1% now.

The base of business has moved from the office to the home, forcing CIOs to make changes to deliver frictionless work experiences. “For every organisation, from retail to education, their delivery model has to be reconfigured to embrace distributed services,” Groombridge says. “The world didn’t think they’d be trying on clothes in a digital dressing room two years ago. By 2023, 75% of companies that use distributed enterprise models will see revenue growing 25% faster than competitors.”

As more Covid-19 variants crop up, organisations will need to accelerate their digital transformation (DX) journey. “As at July 2021, 28% of organisations in Asia-Pacific were in the most progressive stages of DX maturity, up from 18% before Covid-19,” says IDC group vice-president Sandra Ng. “It’s now a digital-first economy. The economic and business outlook for the next three years remains highly fluid. An enterprise’s success will be defined by how well it navigates these crosswinds.”

Cybersecurity can be a showstopper for any organisation that does not take business continuity and disaster recovery (BC/DR) seriously. Zohar Pinhasi, a cyber counterterrorism expert and founder of MonsterCloud, reported that ransomware attacks were up 800% during the pandemic. “From the criminals’ perspective, it’s heaven,” Pinhasi told CBS News. “They’ve stepped on a gold mine.”

The worst virus? Ransomware. That is set to reach US$265 billion by 2031, according to Cybersecurity Ventures. The firm says a new attack will occur every two seconds as perpetrators progressively refine their malware payloads. The solution: cybersecurity mesh architecture (CSMA). “CSMA can provide an integrated structure to secure all assets, regardless of location,” Groombridge says. “By 2024, companies adopting CSMA to integrate security tools to work as a cooperative ecosystem would be able to reduce the financial impact of individual security incidents by up to 90%.”

Data is the new oil only if it can be shared, analysed and action taken upon it. There are two initiatives worth noting. The first is Cross-Border Privacy Rules (CBPR) from Asia-Pacific Economic Cooperation (Apec). The CBPR ensures that regulatory differences do not block businesses’ ability to deliver innovative products and services. Malaysia is an Apec member. Australia and Taiwan are the latest economies to participate in the CBPR; they join Canada, Japan, South Korea, Mexico, Singapore and the US.

The other initiative is Data Trust Rating System (DTRS), launched by Credence Lab. It was developed by a consortium of companies, including IBM, KPMG, Alibaba Group, Drew & Napier, Eden Strategy Institute and the National University of Singapore. Industry body SGTech is promoting the standard, and Germany-headquartered TÜV SÜD is handling assessments and certification.

AR overlays computer-generated content in a real-world environment to superficially interact with it. MR overlays synthetic content that interacts with objects in the real world in real time. XR refers to all real and virtual settings generated by computer tech and wearables. Mix and match the reality that connects your product or service with your target customer most effectively, usually in business-to-consumer (B2C) environments.

It is not just the pandemic that has disrupted supply chains. Add climate change, shipping delays, a grounded workforce and a restricted flow of talent to the list. All this has forced companies to re-evaluate their supply chain priorities. The solution: ABCD. Leverage AI, big data analytics (BDA), cloud computing and data management to handle supply chain bottlenecks.

“By 2021, 60% of all manufacturing supply chains would have invested in tech and business processes for resiliency, resulting in productivity improvements of 25%,” says Stephanie Krishnan, research director for manufacturing insights at IDC Asia-Pacific. “More than 50% of manufacturing firms are investing 10% or more of their IT budget on sustainability-related measures. Manufacturers that combine sustainability with DX will see higher revenue and profitability levels than their competitors.”

This has fuelled Asia’s integration into global flows of trade, capital, talent, tech and innovation. In 2020, some 210 of the world’s 500 biggest companies by revenue were Asian, and 119 of the world’s 330 unicorns were Asian. “The region’s immense growth surge has revealed that the future of Asia is no longer just about China,” McKinsey notes. “The entire region defined the Asian century.”

With only an estimated US$1 trillion of middle-class consumption growth between 2015 and 2030 coming from Western economies, the Asian century has begun. “Asia is on track to top 50% of global GDP by 2040 and drive 40% of the world’s consumption,” McKinsey says. “Asia is not only making economic progress but also rapid strides in literacy, internet use and longer life spans.”

Move aside, automation; here comes hyper-automation. What’s the difference? Automation is a repetitive task carried out without manual intervention; it occurs on a smaller scale, creating solutions designed to address individual tasks. Hyper-automation is about automating everything in an organisation that can possibly be automated. The aim is to streamline processes using AI, machine learning (ML), robotic process automation (RPA), and other technologies to run without human intervention.

Hyper-automation teams focus on three key priorities — improving the quality of work, speeding up business processes and enhancing decision-making agility. A Gartner poll found that 85% of respondents planned to increase or sustain their organisation’s hyper-automation investments over the next 12 months — and 56% are running four or more hyper-automation projects concurrently.

Since I started with a list of ailments, let me end with one: “Paranoia has reached extreme levels, bro,” my friend recently told me. “I sneezed in front of my laptop today. And the antivirus immediately started!”