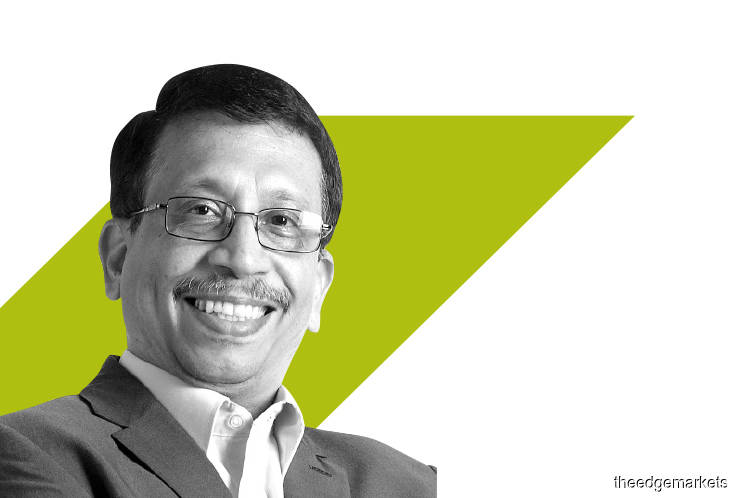 While the CDO’s role will overlap with those in the C-suite, it will include data and analytics (D&A), which is not covered by the others. To be sure, the CDO position began to appear in large enterprises about five years ago. By 2013, McKinsey was already defining the role as “transformer-in-chief”.

The global management consulting firm said the true measure of a CDO’s success is when the role becomes unnecessary. “By its very nature, a high-functioning digital company does not need a CDO. However, it may want its former CDO to be the CEO. Of course, the vast majority of organisations are not yet at that point,” it noted in its September 2015 paper.

To begin with, what exactly does a CDO do? He or she is responsible for the enterprise’s data and, by extension, all of its information assets. The CDO ensures that the enterprise remains a trusted custodian of all of the data it receives from customers, suppliers, partners and employees. The CDO reports to the CEO.

The paradox? In some organisations, the CDO may refer to the position of chief digital officer. However, the two positions are dramatically different. Companies that understand and appreciate the distinction between the two have relabelled the position as CDIO (chief digital information officer) to better reflect the difference.

The CDO holds a more strategic responsibility and is tasked with protecting the entire data that lands at the enterprise, both legally and ethically. He/she has to ensure that the firm’s data protection policies comply with regulations such as the EU’s General Data Protection Regulation (GDPR) or the Personal Data Protection Act (PDPA) in Malaysia and Singapore. Contravening either can result in big fines and a huge loss of corporate reputation.

The CDIO role is a more tactical position and is responsible for the information systems through which the data is stored and processed. He/she aids the company’s digital transformation (DX), helps drive growth by converting traditional businesses into digital ones using online tools, including social media and web-based marketing. Many enterprises use the CDIO role to “digitalise” their businesses, that is, offering online and mobile touchpoints for customer interfacing or interaction, thus driving DX across the enterprise.

So, how does CDO 4.0 differ from the traditional role? “We believe that CDO 4.0 heralds the rise of a new type of leader,” says Mario Faria, vice-president of Gartner Research Board.

“CDO 1.0 was focused exclusively on data management. CDO 2.0 started to embrace analytics. CDO 3.0 led and participated quite heavily in digital transformation. And CDO 4.0 will be focused on products and managing profit-and-loss instead of just being responsible for driving D&A projects.”

Gartner says CDO 4.0 requires new skillsets, roles, investment models and the right corporate culture. The first step is to plan the D&A platform, then define the road map. “CDOs must think about the data first and the use cases later, following the lead of leading D&A companies such as Facebook, Amazon, Google and Apple. These companies have built successful platforms that allow data capture and analytics usage, with faster lifecycles between releases,” says Faria.

However, lately, there has been some rethink about the CDO’s role. Leaders at many companies now believe that putting a single person in charge of DX may not be the best approach because it is an intrinsic strategic priority across the whole business as agility becomes critical to survival, according to a study by PwC’s Strategy Consulting Group. The challenge? The CDO role does not lead a discrete function.

“Companies that already have a CDO have changed their expectations of this role. First, because the role has become much more transformative across the whole company, the CDO needs to work across functional silos. Second, there is a need to change legacy systems and implement new technologies, which means the CDO must have the appropriate technology background. One-third of the individuals who originally took up the CDO position have been replaced due to such changing expectations,” says PwC.

The CDO 4.0 role will have added weight once companies begin their DX journey in earnest. Have Malaysian companies started their DX journeys? The start was slow, but the pace is set to increase rapidly this year and next. And with the GDPR and PDPA taking centre stage, the role of the CDO will be crucial at the board level.

In 2017, about 7% of Malaysia’s GDP was derived from digital products and services created directly through the use of digital technologies such as mobility, cloud computing, the Internet of Things and artificial intelligence (AI). By 2021, DX will add an estimated US$10 billion to Malaysia’s GDP and increase the growth rate by 0.6% on an annual basis. That prognosis comes from a study by Microsoft in partnership with International Data Corp (IDC) Asia-Pacific.

“Malaysia is clearly on the DX fast track. Within the next four years, we expect to see about 45% of Malaysia’s GDP derived from digital products and services. Organisations in Asia-Pacific are also deploying emerging technologies such as AI as part of their DX initiatives and that will accelerate growth even further,” says the report.

The survey polled 1,560 decision-makers in mid-sized and large companies across 15 economies in Asia-Pacific, including 100 from Malaysia. As high as 85% of the companies in Malaysia have started their DX journeys, but only 7% in Asia-Pacific can be classified as leaders, the report notes.

What qualifies them to be DX leaders? At least 33% of their revenue should be derived from digital products and services.

“By 2021, at least 48% of Southeast Asia’s GDP will be derived from digital products and services, with growth in every industry driven by digitally enhanced offerings, operations and relationships,” says Daniel-Zoe Jimenez, IDC’s research director of DX practice for Asia-Pacific.

“The study shows that ‘leaders’ see double the benefits of ‘followers’, with improvements in productivity, cost reductions and customer advocacy. To remain competitive, organisations must establish new metrics, realign organisation structures and re-architect their technology platforms.”

The “Forest City Smart BIA by Country Garden Pacificview” in Johor integrates new technology, including the Building Information Modelling (BIM) platform, IoT and AI. It was initiated in 2016. The estate developers used BIM and 3D modelling to achieve efficacies for an environmentally sustainable and energy-efficient mega-project.

“The BIM model keeps track of the constructed project to ensure all design changes can be checked before they are applied for project delivery to minimise errors and rework onsite. This automation is monitored online via a network,” says Jensen Ooi, IDC’s research manager for Asia-Pacific.

“The integration of vegetation on buildings by vertical greening significantly improves the building’s efficiency, ecology and environmental benefits. These new technologies help bring city development to the next level.”

The future of the CDO

What prevents other organisations from deploying data to achieve similar DX goals? A key challenge is talent, or the lack of it. This was discussed at the Asia-Pacific Economic Cooperation’s (Apec) Data Analytics Raising Employment (DARE) forum in Singapore in July. The forum had representatives from 16 Apec economies, including Malaysia, and explored policy options to strengthen digital skills. The issue? The digital economy is rapidly evolving, but education has not kept pace.

Companies and government bodies are unable to fill positions that require skills in data collection and analytics. Despite this, the curriculum at most academic institutions do not bring the required digital skills into classrooms.

“It was eye-opening to learn that up to 45% of survey respondents said they do not update job requirements every year,” says Andrew Tein, co-chair of the forum and a senior executive at publishing giant John Wiley & Sons.

The forum suggested implementing a set of industry-driven actions to strengthen data science and analytics competencies across the Apec community. The Project DARE framework comprises the work of eight universities, companies and associations, including the Analytics Association of the Philippines, the Hong Kong University of Science and Technology (HKUST) and Ho Chi Minh University of Technology and Education.

“With the imminent need to facilitate the transition of the workforce in the age of disruption, Project DARE provides a tripartite platform for governments, academia and business across Apec economies to discuss human capital development in data science and analytics. This platform connects all of us closely together to manage the transformation wisely,” says Kar Yan Tam, dean of HKUST’s School of Business and Management.

So, what is the future of the CDO? In 2015, PwC plotted the evolution of the CDO role in line with the need to adapt (to digital), to disrupt (their organisations) and to transform (their whole business). Over the last four years, digital decision-making has been elevated to the board level in many cases. About 54% of CDOs have board-level status today, up from 40% in 2016.

“This reflects the growing recognition that the DX agenda now has strategic importance to most organisations. But unless it is driven from the top of the enterprise, it will not have the required momentum to drive business change,” PwC warns.

The bottom line? Once a DX plan has been formulated, it needs to be implemented. Many companies realise that the process will involve much more than they initially thought. New technologies need to be introduced, but legacy systems also need to be revamped. Internal processes need to be changed and employees have to be persuaded to adapt to new ways of working.

All this will cut across a company’s organisational silos. “It is often at this moment of realisation that the CDO role is elevated to the board level, with capabilities that enable transformation across those silos,” says PwC.