E-commerce: Betting on boxers during the MCO 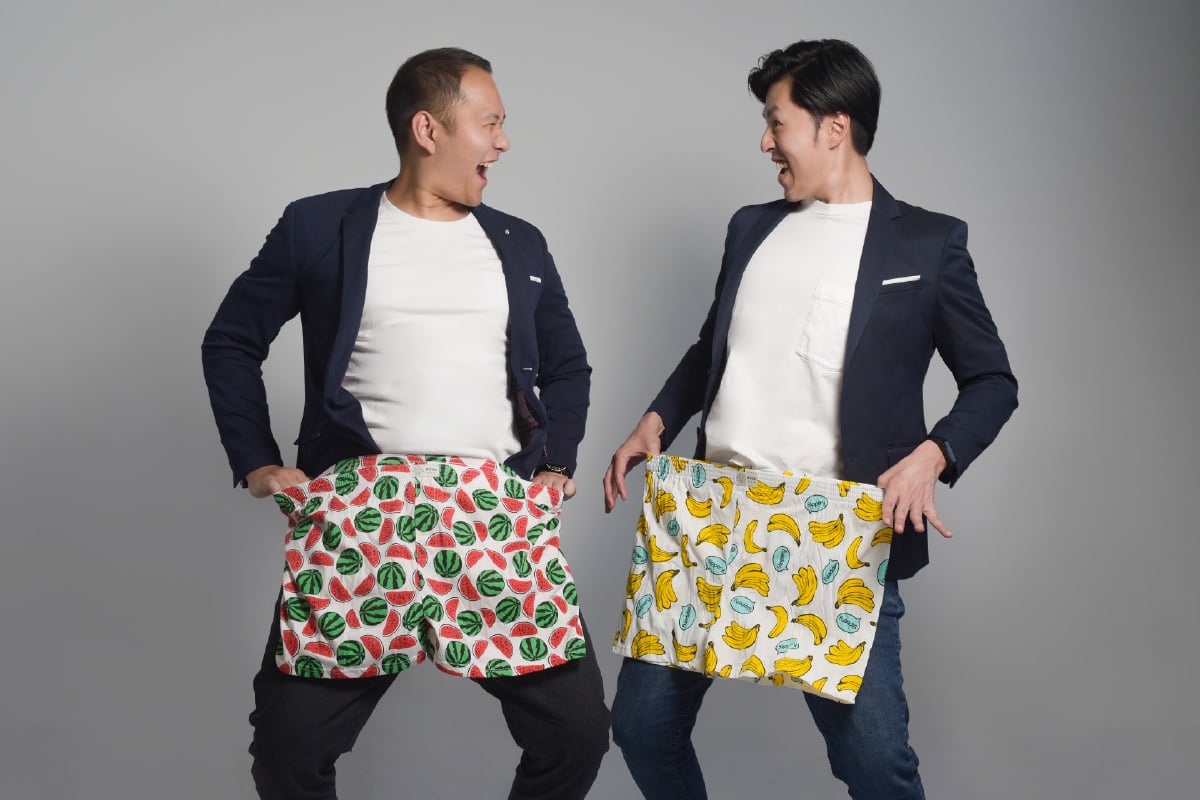 Ting (left, with Pang): There was a huge risk of our failing to run something neither of us had done before and, on top of that, in such challenging times. But, we were confident because the physical retail sector was experiencing a downward trend. (Photo by BOXO)

Malaysians have been creative in trying to find new ways to adapt to the pandemic. For brothers-in-law Alvin Ting Heng Hang and Billy Pang Kwan How, their creative outlet involved selling printed boxer shorts online.

Like many others who had lost their sources of income, Ting and Pang, co-founders of homegrown boxer brand Boxo, were not spared. Having previously been a trader and furniture maker respectively, they saw their incomes dwindle to nothing as the lockdown continued.

Thankfully, Boxo appears to be a promising venture, as it has achieved its sales targets and the partners plan to expand their business outside the country.

The idea was born out of discussions on how to survive in the current times. The fact that most people were staying home led them to focus on home apparel.

“We had played around with the idea of selling boxer shorts since 2019 but solidified it only in March last year during the first Movement Control Order (MCO),” says Ting. This felt like a natural step, as his trading background involved retail goods and he had established contacts with manufacturers along the way.

“We sat down to solidify a plan and focus on the fact that Malaysians would want to lounge around in something comfortable, with some character. In terms of designs, we trust our in-house designers,” Ting adds.

The co-founders put together their savings, which added to about RM50,000, to start the business. After sorting out the nitty-gritty, such as selecting the right company to manufacture their products, they decided that they needed to focus on the e-commerce component. After all, any business launched during the MCO would need to be instantly online.

So, they chose a low-code web builder, OpenCart, an open-source PHP-based e-commerce solution, for its user-friendly interface. Although neither of them were digitally savvy, they managed to cobble together something functional. Later, when business picked up, they outsourced the job to proper web developers and hired in-house designers to take care of the look and feel of the website.

“These days, there are easy-to-use e-commerce website builders that make it easy for traditionally offline entrepreneurs like ourselves to build e-commerce stores. We learnt mostly from trial and error,” says Pang, previously a full-time furniture maker.

He adds that the furniture business had slowed down even before the pandemic hit, and the result of the MCO was to make it even slower.

The two partners made full use of Instagram and Facebook ads and even collaborated with famous influencers to promote their garments. Things worked out so well that they met their target of RM100,000 in sales in just three months of launching the business.

Both are juggling this venture with their day jobs in trading and furniture manufacturing. Since Boxo is an e-commerce venture, it is easier to manage, says Ting. He adds that, as the business grows, it is likely that he and Pang will quit their other jobs to focus solely on Boxo.

“It was definitely a risky decision, considering this is our first time in the fashion industry. There was a huge risk of our failing to run something neither of us had done before and, on top of that, in such challenging times. But, we were confident because the physical retail sector was experiencing a downward trend,” Ting says.

More and more people are buying products online and the e-commerce industry is booming. E-commerce is expected to account for more than a fifth (22%) of retail sales by 2023, according to market and consumer data company, Statista. In 2019, it accounted for only 14.1%.

Statista adds that, in Malaysia, the intimate wear market for men is projected to reach US$91 million (RM367.5 million) this year. The market is expected to grow annually at a compound annual growth rate of 10.9% between 2021 and 2025.

Household spending in the country is expected to grow by a real rate of 9.2% year-on-year over 2021, which is a significant improvement from the -1.6% y-o-y contraction last year, according to BMI Research, which provides macroeconomic, industry and financial analysis, in a report titled “Malaysia Consumer and Retail in the First Quarter of 2021”.