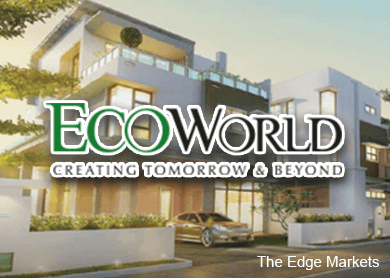 Yesterday, Eco World (fundamental: 0.5; valuation: 0) also said it is planning for a direct listing of EWI instead of initial plans for the special purpose entity to be listed as a special purpose acquisition company (SPAC).

EWI executive vice chairman Tan Sri Liew Kee Sin had said the property company is aiming to raise RM2 billion from the direct listing, higher than the RM1.5 billion expected from the listing of EWI as a SPAC.

Eco World is also targeting to list EWI by the end of the year and to take up a 30% stake in the listed company.

Liew had also said that the group’s three developments in London, the UK, namely London City Island, Embassy Gardens and Wardian London as well as a suburb and business district — West Village, Parramatta in Sydney, Australia, will be injected into EWI subsequently after listing.

In a note today, Kenanga Investment Bank Bhd analyst Sarah Lim said the research firm is “neutral to slightly positive” on the move for EWI to be listed via the market capitalisation route as it enables EWI to be more marketable across a greater pool of investors.

She said listing via the SPAC route was not as viable as was initially assumed, especially after the assets had been identified prior the SPAC listing.

Lim said this was because many institutional funds does not have the mandate to invest in SPACs and can only do so once the approved asset injection has taken place.

“… but by that time, upsides will be fairly limited for these funds,” she added.

However, she said the research firm has decided to keep its assumptions on the group’s revalued net asset value (RNAV) unchanged pending further details on the listing.

“We have built the SPAC and potential GDV replenishment assumptions into our RNAV; based on the same ratios used earlier, this would marginally increase our fully diluted (FD) RNAV to RM3.19 (from RM3.17),” she added.

Lim said Kenanga Investment Bank has maintained its “Outperform” rating on Eco World shares, with a target price of RM2.05.

Yesterday, Eco World announced that its second quarter ended April 30, 2015 (2QFY15) yielded earnings of RM11.8 million compared to RM3.1 million in 1QFY15, on the back of RM418 million in revenue.

The company had changed its financial year end from September 30 to October 31.

In a note, Maybank IB Research Bhd said earnings should pick up strongly in 2HFY15 as progress billings improve; with sales expected to pick up in the second half of financial year 2015 (2HFY15) with the successful launches of four new projects recently.