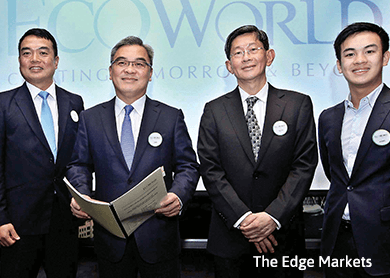 Instead, the property company is seeking a direct listing on the Main Market of Bursa Malaysia, looking to raise a higher sum of RM2 billion.

EWI executive vice-chairman Tan Sri Liew Kee Sin said it will file an initial public offering (IPO) application within the next three months, with a target to list the company by the end of the year.

Under the proposed corporate exercise, Eco World intends to take up a 30% stake in the listed vehicle.

Eco World submitted the SPAC's listing application in October last year, and aimed for EWI to list on the Main Market of Bursa Malaysia in the third quarter of this year. EWI would have been the first property SPAC in Malaysia.

SPAC is a company with no existing assets but would get public funds through an IPO to acquire assets after it gets listed.

Liew said EWI had initially wanted to get a SPAC status because it did not have any assets overseas at that time.

“After discussing with various authorities including the Securities Commission Malaysia, we figure that the best way is to list the company via the market capitalisation route," he told a press conference yesterday on Eco World’s second-quarter financial results and the EWI update.

“The reason being is that we already have four assets (overseas projects). This is the most efficient way to tap the market,” Liew said.

He also noted that the group’s three developments in London, namely London City Island, Embassy Gardens and Wardian London, as well as a suburb and business district — West Village, Parramatta in Sydney will be injected into EWI subsequently.

Teow added that the two blocks in London City Island, which is located in east London, garnered a take-up rate of 84% as at Monday.

The three London sites have been acquired by Eco World Investment Co Ltd (EW Investment), a private vehicle controlled by Liew and Datuk Voon Tin Yow. EW Investment entered into an agreement with Ballymore Group on Jan 11, 2015 to acquire a 75% stake in Eco World Ballymore Holding Co Ltd, which will be developing the three residential schemes in London.

On the idea of having two listed firms, Liew said: “Eco World is a new company. We are constantly reminded of the way we manage our money. If all projects are under one company, our gearings would be shot through the roof.”

“With two listed companies, we are raising funds separately so that our gearings are more manageable,” he said, adding that it can also achieve its objectives faster through the IPO.

Apart from the upcoming launch of West Village, Parramatta by EW Sydney within the next few months, Eco World-Ballymore is also working towards the launch of its other two projects in London before the end of this year.

Meanwhile, Eco World achieved sales amounting to RM1.18 billion as at May 31 this year. The group’s Klang Valley projects contributed about 58% of the sales, while the remaining 42% came from its Iskandar Malaysia projects.

“The response has been overwhelming. We expect to convert this into our sales over the next few months,” said Eco World CEO Datuk Chang Khim Wah.

“Despite the tough market conditions, we are doing very well. We are on track to achieve the RM7 billion combined sales in the next two years (FY15 and FY16),” said Liew.

The property developer raked in a net profit of RM11.8 million on revenue of RM417.8 million for its second financial quarter ended April 30, 2015. 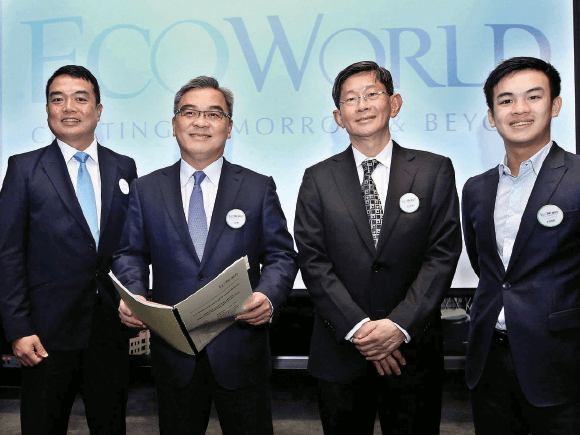