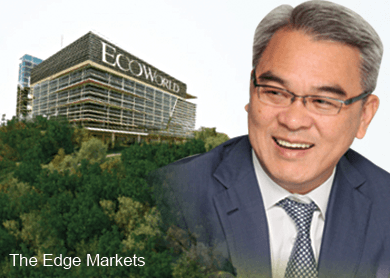 KUALA LUMPUR (June 17): Eco World International Bhd (EWI), a special purpose entity set up by the major shareholders of Eco World Development Group Bhd to acquire real estate assets for development overseas, has withdrawn its plans to list as a special purpose acquisition company (SPAC) that was to raise RM1.5 billion from the exercise.

Instead, the property company is seeking a direct listing on the Main Market of Bursa Malaysia, looking to raise a higher sum of RM2 billion.

EWI would have been the country's first property SPAC.

"We are planning to list the company by the end of this year," he told a press conference on Eco World’s second-quarter financial results and EWI update today.

Liew also noted that the group's three developments in London, the UK namely London City Island, Embassy Gardens and Wardian London, as well as a commercial project in Sydney, Australia will be injected into EWI.

"With two listed companies, our gearing will be more manageable," he said, adding that it can achieve its objectives faster through an IPO.

"This is the most efficient way to tap the market," he added.