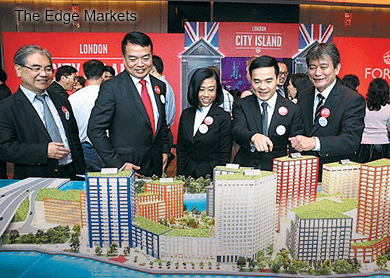 KUALA LUMPUR: Eco World Ballymore Holding Co Ltd launched 417 units out of its 1,145 units in its 12-acre (4.85ha) London City Island project in Kuala Lumpur, London and Singapore on Saturday and saw a take-up rate of 80%.

“I have been informed that we have already sold over 80% [out] of the [417] units,” Eco World Ballymore director Datuk Voon Tin Yow told reporters during the official launch at Le Meridien Kuala Lumpur Hotel.

London City Island will feature 1,145 apartment units on an island in Leamouth Peninsula,  London 14E. It is within 2.4km of Canary Wharf and 4.8km from the Olympic Park in Stratford. The project is expected to be completed in two phases and has an approximate gross development value (GDV) of £614 million (RM3.4 billion).

The project comes with one- to 4-bedroom layouts. The newly-launched units will have built-ups ranging from 400 sq ft to 1,400 sq ft and will sell at an average of £800 psf. The maintenance fee is £4.65 psf per annum.

Its first phase comprises four blocks of apartments, which is almost fully sold. It is expected to be completed in two to three years. Phase 2 comprises six blocks of apartments and will be launched in three sub-phases. The first sub-phase launched on Saturday comprises 417 apartment units. Construction work will commence in the fourth quarter of 2015 (4Q15) and completion is scheduled for 4Q17.

The upcoming Crossrail station, which is expected to be ready in 2018 will allow residents to reach Heathrow Airport within 40 minutes from the Canary Wharf station.

“I hope that with the new government coming in and better infrastructure to be built all over England, the market will grow. Everybody who invests in London will benefit from this great city [because] this city can generate wealth for every one of us,” said EcoWorld Ballymore chairman Tan Sri Liew Kee Sin via a live video conference from London.

“We at Ballymore are very proud for being involved with one of the most important regeneration projects in the capital,” said Ballymore chairman and founder Sean Mulryan

Voon said he is very positive on the outlook of London’s property market.

“The demand [for new homes] is driven by several factors — London being a global financial centre, an educational centre, a cultural centre and it attracts people from all corners of the world. It also attracts students, visitors and those who simply want a home in London. There are also business people who are not permanent residents. So, we have these groups of people that create demand for new homes and [places] to rent,” Voon said, adding that investors may expect an average of 4% yield.

Voon also revealed that the group will be launching a new block of apartments in Hong Kong next weekend comprising about 200 units.

Its upcoming launches include Embassy Gardens (with a GDV of £995 million) and Wardian London, formerly Arrowhead Quay (£591 million GDV). 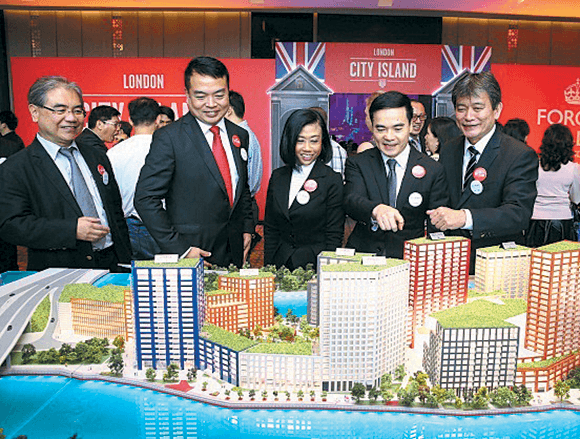 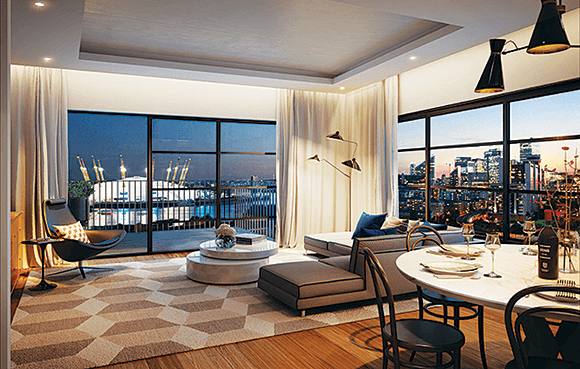