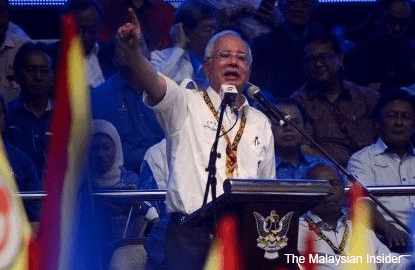 “As usual the AGC will represent the EC,” Aziz said in a text-message reply.

The Malaysian Insider said it understands that the EC legal department which received the writ on Wednesday has referred the matter to the AGC’s civil division.

Lawyer Datuk Mohd Hafarizam Harun, who is appearing for the prime minister, said an application to strike out the suit might be an option.

Hafarizam said this was on the grounds that the action by the plaintiffs was frivolous, vexatious and an abuse of court process.

The High Court has set Sept 3 for case management.

On Aug 3, the Malaysian Anti-Corruption Commission in an unsigned statement said the cash was merely a donation.