Easier, faster for civil servants to borrow from loan sharks 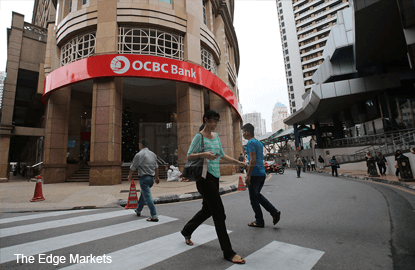 KUALA LUMPUR (March 2): Daniel, a civil servant from Sarawak who works in Selangor, dreams of more frequent visits to his wife and two children who live in his home state.

But on his net salary of RM420 a month as a low-ranking government staff, he can only visit them once a year and even then, only if he borrows more money.

The 26-year-old father of two girls gets a living allowance of RM200 a month that helps him manage with his low salary, but if he uses his earnings to make a trip back to Sarawak, it would eat up half his monthly income.

So Daniel has been using the services of an illegal money lender since 2013 in order to visit his family.

“I borrow just to go back to see my children and wife once a year.

“I’ve borrowed from them three times now,” he told The Malaysian Insider.

But until today, Daniel is still in debt – having borrowed RM4,000 in total. The last payment is due in May.

“Every month, for 10 months, I pay RM270 in capital and RM120 in interest,” said Daniel, whose daughters are aged five and two and whose wife is also a civil servant in Sarawak.

“They take the bank card and keep the PIN number.

“Then when my salary is credited, they will take what is theirs and return the balance of my salary to me through another bank account,” Daniel said.

Before he turned to the loan shark, he sold some gold, motorcycle and even handphone whenever he was short of money.

Daniel is among the estimated 150,000 civil servants or 12% of the government workforce who borrow money from illegal easy credit schemes and loan sharks despite knowing the risks.

The figure was recently revealed by Cuepacs, the umbrella union for civil servants, which said many were struggling to cope with the rising cost of living.

Its president, Datuk Azih Muda, was reported as saying civil servants borrowing from illegal money lenders have been going on since 2012 and mostly included government officials, military personnel, hospital staff earning under RM3,000 a month.

The cafe business is to supplement his income as a grade H11 civil servant but he could not qualify for another loan on an RM1,400 salary and outstanding loan of RM60,000 from a bank.

“I had no other way to get a loan to start my cafe business. I went to the banks to get a personal loan but was rejected because of my high commitments.

“There are many conditions imposed by banks and documents are needed.

“If we apply with the ah long, it can be approved in one day, so it’s better to borrow from them,” said the father of two who said he needed about RM10,000 to start the cafe in Kedah.

A loan shark’s assistant, who only wanted to be known as Alwi, told The Malaysian Insider that illegal money lenders were employing more Malay agents to lure customers from the community.

“Many of the agents are Malays because the ah longs know that most of the civil service is made up of Bumiputeras and they would be more comfortable with an agent of the same race.

“Agents get a basic salary of RM2,000 a month and earn a commission based on the amount of borrowings they are able to secure.”

Alwi said most borrowers were low-salary civil servants who have reached the loan cap of 60% of income deductions imposed by the government.

“With ah longs, it’s easier, because even if they (civil servants) have been blacklisted, they can still borrow.”

Alwi added that it was common practice for loan sharks to take the borrowers’ ATM cards to deduct the monthly repayments.

“Many of them have to surrender their bank cards and we would deduct the amount payable to us monthly and then leave the balance in the account.”