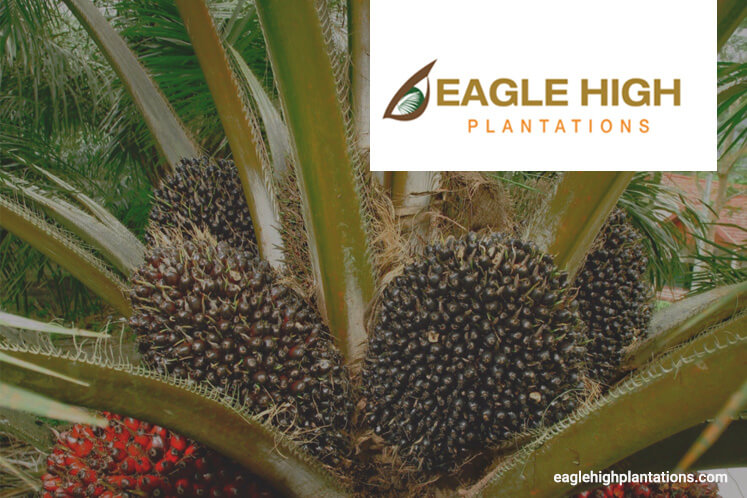 In a statement today, IPOM said Eagle High has not been following the mandatory Indonesian Sustainable Palm Oil (ISPO) initiative.

IPOM said Eagle High, which has yet to obtain its Roundtable on Sustainable Palm Oil (RSPO) certification, will most likely lose its European revenue stream if it does not comply with mandated standards, “as developed countries are now focussing on purchasing only sustainable palm oil”.

The plantation news portal noted that Indonesia’s palm oil exports to the EU have fallen significantly since 2014, mainly after Netherlands, which accounted for 60% of Indonesian and Malaysian palm oil imports to the EU in 2012, committed to using only certified sustainable palm oil, causing imports to the EU from the two countries to halve between 2012 and 2016.

“Further in April 2017, a regulation was passed stating that the EU will ensure that palm oil imported into the EU come from sustainable sources and to only import sustainable palm oil after 2020.

It said Eagle High will lose its entire European revenue stream, tantamount to hundreds of millions of euros, if it does not comply with the required sustainable practices.

The ISPO initiative, it said, was set to ensure industry sustainability at a national level, and to empower the poor and marginalised population of Indonesia.

Back in 2015, Felda Global Ventures Holdings Bhd (FGV) proposed to acquire a 37% stake in Eagle High for RM2.4 billion.

The deal was scrapped amid mounting criticism, with FGV’s 33.67% shareholder Felda, which stands for the Federal Land Development Authority, stepping in later to buy the stake at RM2.24 billion.

In August, Felda chairman Tan Sri Shahrir Abdul Samad was quoted as saying by Bernama that Felda was an intermediary for the Malaysian government in the acquisition of Eagle High, and that Felda was selected due to its expertise in managing oil palm plantations.