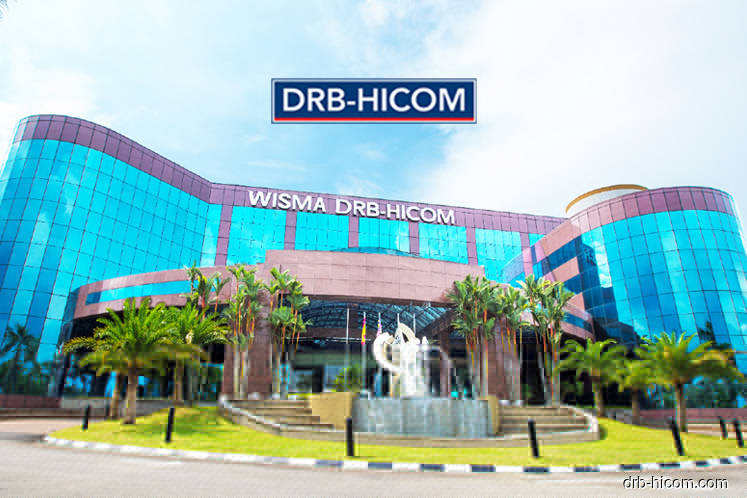 DRB-Hicom Bhd
(July 23, RM2.50)
Upgrade to buy with a higher fair value of RM3.18: As DRB-Hicom Bhd is traded heavily as a proxy for Proton, we are taking a change of view on the group due to the reasons below:

i) Market share is expected to expand due to a shift in consumer preference towards affordable vehicles with value-added features. We are witnessing a shift in the general consumer preferences towards cheaper alternatives with more to offer — ultimately benefitting national marques’ Proton and Perodua. The group has guided that the new 2019 Persona and Iriz have received a total of 13,000 and 3,500 bookings respectively, a jump of 108% and 180% from their 2018 pre-facelift models.

Together with the popular X70 and Saga, Proton has managed to capture a year-to-date market share of 14.7%, edging closer to Honda’s 14.9%. However, by end-2019, we expect Proton to be in the second spot, behind only Perodua, backed by the continuing strong demand of the X70, Iriz and Persona; together with the upcoming introduction of the Saga 2019 facelift in October.

ii) Localisation of the X70 to provide more competitive pricing, challenging the non-national marques in the sport utility vehicle space. Proton has reiterated its aim to begin production of the X70 at the Tanjung Malim plant in the second half of calendar year 2019. We are excited about this as we expect to see a price reduction with the introduction of the completely knocked-down (CKD) to continue supporting the strong demand for the vehicle. We should also see better monthly sales and delivery numbers should the localisation plan take off; which is positive for Proton’s turnaround plan. The group guided that the local content of the X70 will start with 10% which will progressively increase to 80% by 2023.

iii) More Geely models expected to be introduced with attractive pricing to turn around Proton. Recall that Proton has secured the use of intellectual properties and the rights to manufacture and sell up to four Geely cars for five years. In a brief conversation with the management, we were informed that the long-awaited X50 will be introduced in October 2020 as a CKD version.

There will not be a completely built-up version of the model. The group also guided that there is an unnamed model in the pipeline — highly likely to be a Geely-inspired seven-seater multipurpose vehicle. These models will be key in shaping the local automotive sector as they come in with very attractive price tags and are essential in aiding Proton in its turnaround plan.

We think that DRB-Hicom’s share price still has upside as Proton continues to slowly but steadily regain traction in the local automotive space. As we witness the group’s ongoing aggressive efforts to revive and win investor confidence in the Proton brand, we believe that the turnaround plan might come sooner than expected. — AmInvestment Bank, July 23