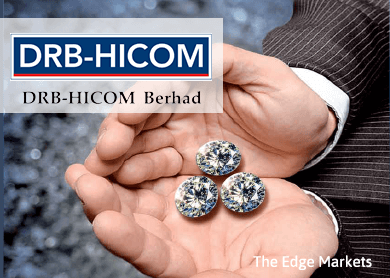 KUALA LUMPUR (Aug 28): DRB-Hicom Bhd fell as much as three sen or 2.3% after the diversified entity reported a first quarter net loss at RM19.72 million on lower revenue from a year earlier.

In a note today, Hong Leong Investment Bank Bhd analyst Daniel Wong said the research firm cut its FY16 to FY18 earnings forecast for DRB-Hicom by up to 42.6%. The downgrade came with a lower target price of RM1.72 for DRB-Hicom shares from RM2.62 previously.

"Proton is banking on its upcoming collaboration with Suzuki for new model development and market expansion by 2016. The upcoming models due for replacement include Saga, Persona and Perdana (based on Honda Accord platform), which may excite the market by end 2015." he said.