The drama at Serba Dinamik continues 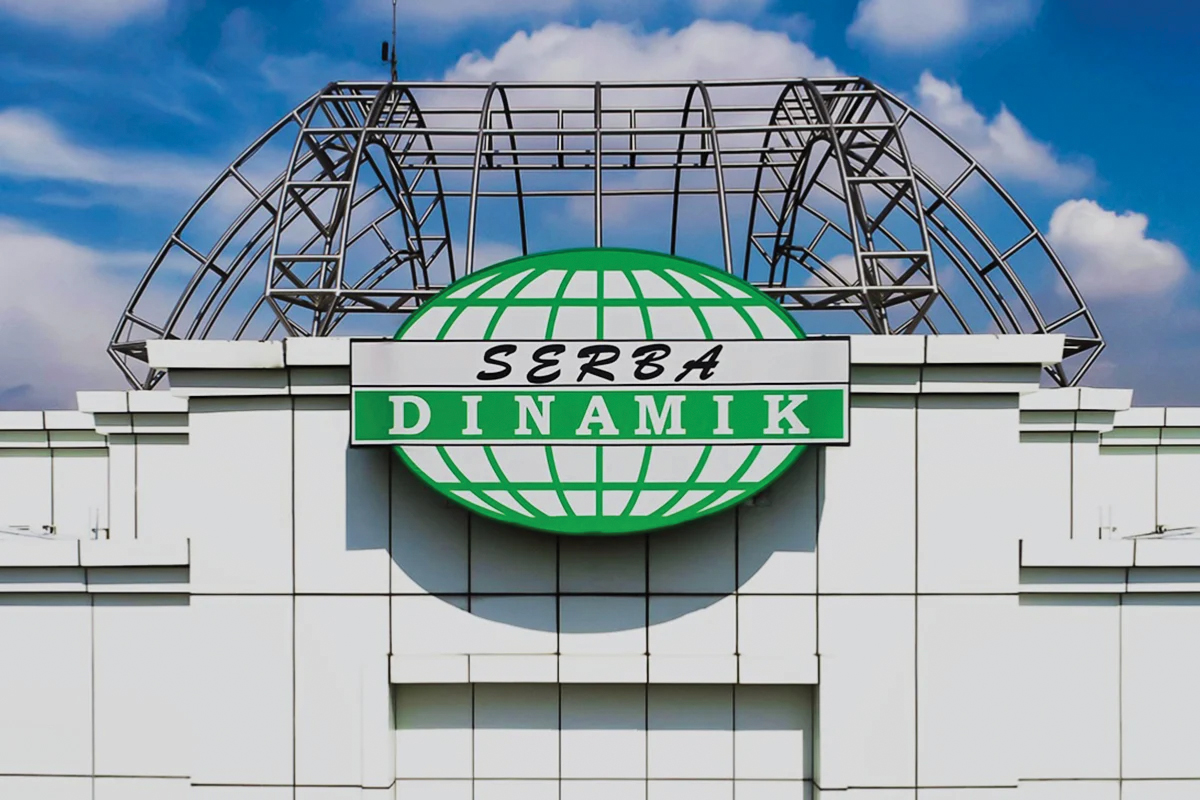 SERBA Dinamik Holdings Bhd has been fighting many battles on many fronts over the past month after its former external auditor KPMG flagged what it alleged to be more than RM4.54 billion in questionable transactions.

At a press conference last Tuesday, Serba Dinamik’s legal adviser Tan Sri Muhammad Shafee Abdullah, after questioning KPMG’s processes, said: “It is the auditor (KPMG) that started the issue, the problem, the nightmare that this company (Serba Dinamik) is having.”

He went on to explain why Serba Dinamik had sought legal redress against KPMG. “We chose to take legal action because first of all, we want to get justice for the company. Number two, we want to stop this nonsense, our reputation being dragged down the drain … The relationship with KPMG is no longer tenable.”

The legal suit appears to have precipitated KPMG’s resignation, which was announced last Thursday. The audit firm said Serba Dinamik’s legal action against it over the on-going statutory audit of the company for the financial period ending June 30, 2021, had compromised its ability to independently continue the audit engagement and discharge its professional duties. Interestingly, towards the end of the press conference, Muhammad Shafee claimed that Serba Dinamik had been sabotaged. “And who sabotaged? We are in the midst of getting to know,” the lawyer said.

Many following the press conference were stumped, and left trying to recall the last time a lawyer questioned an audit firm’s work. And KPMG is not just any audit firm; it is one of the Big Four accounting firms with offices in some 150 countries and over 227,000 employees worldwide.

Other interesting highlights of the press conference include Serba Dinamik maintaining that many of the issues flagged by KPMG were “trivial” and questioning ­KPMG’s move to alert Securities Commission Malaysia (SC) in May, which led to the SC investigating the company.

Last Friday, five of Serba Dinamik’s seven independent directors resigned. While Masleena Zaid, who recently joined the oil and gas company’s board, said her departure was due to personal commitments, the reasons given by the other four were more specific. Rozilawati Basir, Sharifah Irina Syed Ahmad Radzi, Datuk Seri Tengku Hasmuddin Tengku Othman and Hasman Yusri Yusoff said they were leaving as they disagreed with recent decisions made by the board which, in their view, were not in the best interests of the company, stakeholders and, in particular, the minority shareholders. The four said another reason was the decision to commence legal action against KPMG.

Serba Dinamik’s accounts are likely to be delayed due to KPMG’s resignation, and another auditor will have to be appointed.

One auditor who spoke on condition of anonymity says, “Many [auditors] would have been deterred by the red flags [raised] by KMPG.”

An oil and gas official says that among the matters the new auditor will have to address is whether KPMG’s flagging of the issues is deemed as an “adverse or disclaimer opinion” of Serba Dinamik’s latest financial statements, which would then place it in the Practice Note 17 (PN17) category for cash-strapped companies. However, the auditor The Edge spoke to says that talk of Serba Dinamik being a PN17 company is premature. While the damages sought by Serba Dinamik from KPMG seem to be huge — they include the loss of RM4.93 billion in market capitalisation, and loss of confidence by investors, financial institutions, shareholders and customers — there are still doubts as to whether the dispute will make it to court.

At the press conference, Muhammad Shafee said that Serba Dinamik “had a strong possibility of success in the event it (the dispute) goes to trial”.

Could Muhammad Shafee’s use of the phrase “in the event” be taken to mean that the legal wrangling may not end up in court? Will Serba Dinamik drop its suit now that KPMG has resigned, considering legal fees for such cases could go into the millions and the proceedings are likely to be long drawn out? Meanwhile, KPMG said, “The potential claim [by Serba Dinamik] relates to a statutory audit that is still in progress and we are unable to make any comments. The audit is being conducted in accordance with the relevant professional standards … We see no basis for it and will vigorously contest any court proceedings.”

Some of the statements made at the press conference by Serba Dinamik officials — chairman Datuk Mohamed Ilyas Pakeer Mohamed, managing director Datuk Mohd Abdul Karim Abdullah and Muhammad Shafee — could result in KPMG seeking legal recourse as well, but this remains to be seen.

Was Serba Dinamik wrong to sue KPMG, suggesting that the external auditors should have sought to iron out the issues with it instead of going to the authorities?

While Muhammad Shafee appears confident of the company’s chances in the event it goes to trial, others The Edge spoke to are not as certain.

A prominent member of the accounting fraternity who requested anonymity owing to the sensitivity of the matter says, “Everything [under the law] allows the auditor to report what the auditor believes, in his or her professional judgement, to be a breach of the law or a possible fraudulent transaction being conducted.

“What an entity (in this case Serba Dinamik) should then do is to resolve the matter to the satisfaction of the auditors, and the approach should be to get another firm to look at the matter from a fresh perspective and provide its opinion. After that, the incumbent auditor will proceed to conclude the audit and issue the audit opinion, whatever that may be.

“As the relationship between the auditor and the entity is now strained, the logical course of action after finalising the audit would be for the auditors to resign and a new firm can be appointed … That is how true professionals on both sides of the divide should behave,” he explains.

MICPA said the audit of a listed entity is guided by the International Standards on Auditing (ISA), the Companies Act 2016, and the requirements of Bursa Malaysia and the SC. It added that under Section 320 of the Capital Markets and Services Act 2007 (CMSA 2007), “the auditor is required to immediately report to the SC and Bursa if there is a breach which may adversely affect, to a material extent, the financial position of the listed entity that is being audited”.

MIA president Dr Veerinderjeet Singh said in its June 24 statement: “In carrying out their statutory duties, auditors as members of the MIA are bound by the ISA and the profession’s code of ethics. Furthermore, the auditors of public interest entities are required to comply with Capital Market and Securities regulations and are subject to oversight by the Audit Oversight Board.

“As such, auditors are required to comply with the requirements of the ISA as adopted by the MIA and exercise professional scepticism in the conduct of their audits. The objective of audits can be achieved when auditors can perform their audits within a good corporate governance ecosystem and render their independent opinion without fear or favour.”

The SC said last Wednesday that under the CMSA 2007, auditors are bound by a statutory obligation to report anything that may constitute a breach or non-performance of any requirement of securities laws, rules of the stock exchange, or matters which may adversely affect to a material extent, the financial position of the listed company.

“External auditors play an important role in promoting confidence in the quality and reliability of audited financial statements in Malaysia. As such, auditors should be allowed to carry out their responsibilities and render their independent opinion without fear or favour, and discharge their duties free from any retaliation,” the SC said.

Last Thursday, Bursa Malaysia issued a query to Serba Dinamik, requesting an update and time frame on the appointment of independent reviewer Ernst & Young Advisory Services Sdn Bhd, which was proposed by KPMG.

Serba Dinamik in its response said that the findings raised by KPMG “were not substantive in nature” and questioned the need for an independent review, saying that KPMG’s issues were attributable to its own negligence and audit process.

At the press conference, it was also hinted that the appointment of Ernst & Young Advisory Services as recommended by KPMG may not take place.

Minority Shareholders Watch Group (MSWG) CEO Devanesan Evanson says, “There are two matters that are of concern to minority shareholders. Firstly, the matters highlighted by the external auditors, which need to be resolved in a timely manner. Secondly, the audited financial statements should be issued in a timely manner.

“The audited financial statements will take some time to be issued. The pressing need now is the resolution of the audit matters highlighted by the external auditors. This information is vital information for the minority shareholders to see the whole picture and make their informed investment decisions. Without the satisfactory resolution of these matters, there will be much speculation as to the truth and veracity of these audit matters. It should be noted that, generally, rumours tend to abound where there is a vacuum of information,” he says.

Last Friday, Serba Dinamik announced its unaudited financial results. For the five quarters ended March 2021 (the company changed its year end to June from December), it chalked up net profits of RM745.06 million from RM7.4 billion in sales.

Mohamed Ilyas referred to KPMG as a “shoplot auditor” and said the audit firm “behaved like gangsters”. He also said that KPMG had misled the company’s directors, the SC and Bursa Malaysia, and that he would “speak to the government personally” about ­KPMG’s conduct.

His contention was that since Serba Dinamik was paying hundreds of thousands in fees, KPMG should work with Serba Dinamik.

Muhammad Shafee, meanwhile, said that KPMG “should have resorted to meeting the client (Serba Dinamik) and raised the [audit] issues one by one to find out the answers”.

Mohamed Ilyas went on to say that KPMG had “blown the audit issues out of proportion … portrayed that there are a lot of inappropriate things happening in Serba Dinamik … [and] as a result, the company’s market capitalisation has lost over RM3 billion”.

Last Friday, Serba Dinamik closed at 41 sen, translating into a market capitalisation of RM1.53 billion. This means the company has lost close to RM4.5 billion in market value since the accounting issues emerged.