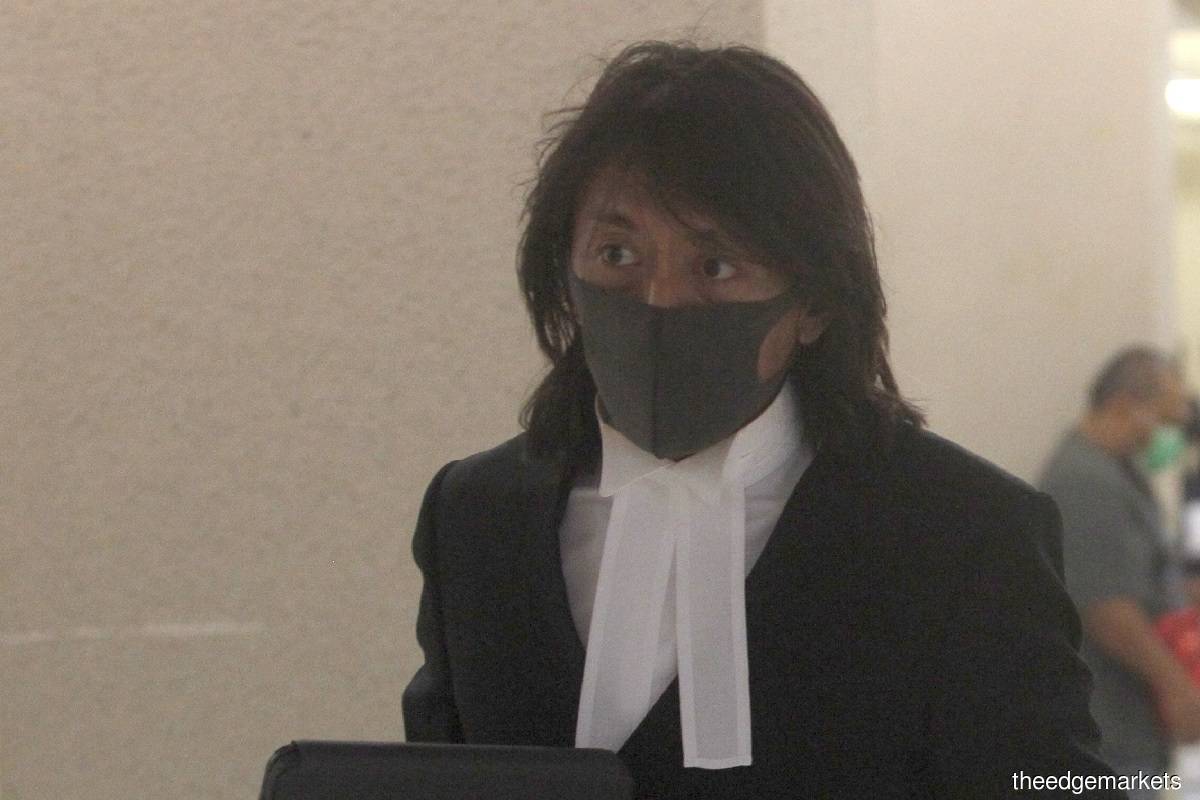 Counsel Amer Hamzah Arshad said the matter that is being challenged occurred within the four walls of the legislature, and as such the court cannot enter into that realm and look into the matter.

"What the former PM and four others are challenging are within the legislature which is non-justiciable. This suit is frivolous, vexatious and an abuse of the court process and should be struck out by this court," said the lawyer, who appeared together with counsel New Sin Yew.

He added that the court is not a proper forum to hear the application due to the principles of separation of powers among the executive, legislature and judiciary.

Amer Hamzah said while he accepts that the court may look to matters of impropriety, it cannot enter into the realm of proceedings in the legislature.

"The doctrine of separation of powers highlights being free from other interferences from other branches of government and hence, the court should not enter into this realm," he said.

He added that the election and appointment of Azhar were legal as it took place in the legislature when there was a vacancy for the speaker's post after Tan Sri Mohamad Ariff Md Yusof was removed and Azhar's name was the only one proposed by Prime Minister Tan Sri Muhyiddin Yassin.

"Furthermore, there is no cause of action against the fourth defendant Nizam Mydin, and hence with this, this is a proper case for the court to also strike out the matter," she said.

Azhar and Azalina were elected as speaker and deputy speaker, respectively, during the contentious July 13 seating that saw Ariff replaced.

Dr Mahathir's counsel Mohamed Haniff Khatri Abdulla, who appeared with Rafique Rashid Ali, countered by saying that they are not seeking the replacement of Azhar and Azalina per se but are instead questioning the manner and the procedure of the appointments.

Hence, Haniff said the matter is justiciable as the court can look into the impropriety of the appointments, as was seen in an earlier case against DAP lawmaker Gobind Singh Deo when he was suspended from the Dewan Rakyat.

"In that case, the court up to the Federal Court upheld and ruled that it could look into the complaint and the MPs' allowances which are constitutionally protected are were restored.

"We are not seeking to interfere with the affairs of the parliament but to revisit the appointments of the speaker and the deputy speaker, including the interpretation of law on parliament's sovereignty.

"This court is not interfering with the proceedings of the house but looking at an invalid proceeding in the election of the speaker," Haniff argued.

Haniff said the parliament's standing orders state that MPs should be given 14 days to nominate someone from within the house or outside to be the new speaker when a vacancy arises.

He said that in this case, there was no actual vacancy of the speaker's post, as the legislature had not dissolved and that the vacancy occurred due to Ariff's removal.

"The MPs should be given 14 days after the vacancy to nominate the candidate of their choice, and not see Muhyiddin who named Azhar only on June 29 after three days earlier making a motion to replace Ariff.

"This was not the proper procedure and there are also questions whether the naming of Muhyiddin's candidates fulfilled the 14 days' notice," the counsel said.

For these reasons, Haniff said the suit should be heard on its merits for the court must decide on whether parliament had followed proper procedures as stipulated in the Federal Constitution and the parliament's standing orders in appointing Azhar and Azalina as speaker and deputy speaker, respectively.

Justice Datuk Ahmad Kamal Md Shahid said he would deliver his decision on the striking out application on Nov 10.

Dr Mahathir and four others going to court over appointment of Speaker, Deputy Speaker