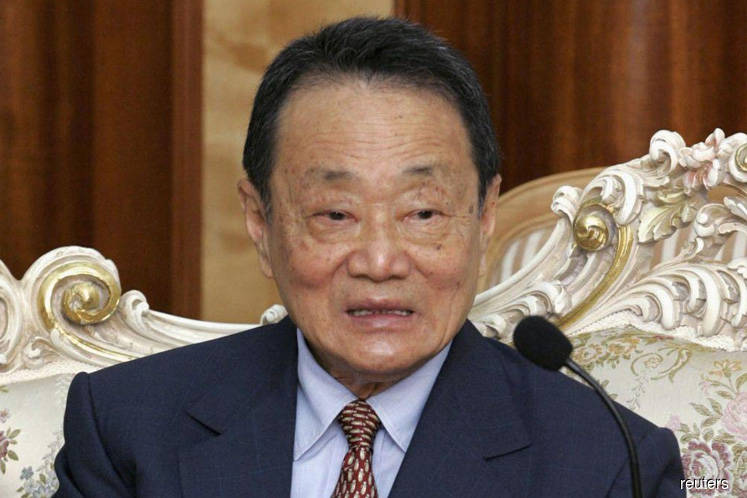 “We know his stand. He was born here, he is a Malaysian. He loves Malaysia and is patriotic to Malaysia, not to any (political) party,” Dr Mahathir said.

“It was a slanderous statement made against him.”

Umno leaders have been criticising Mr Kuok since blogger Raja Petra Kamarudin made several controversial but unsubstantiated allegations against the billionaire last week.

In a series of articles on the Malaysia Today website last week, Mr Raja Petra had accused Mr Kuok of financing The Malaysian Insight news portal, of attempting to engineer the removal of the ruling Barisan Nasional (BN) government — of which Umno is the lynchpin party — and of seeking to install a Chinese government in Malaysia.

They have insinuated, for instances, that Mr Kuok was ungrateful for the wealth he built from his previous monopoly on Malaysia’s sugar supply that earned him his “sugar king” moniker, and of cowardice for allegedly funding parties seeking to unseat the ruling government.

Over the weekend, Prime Minister Najib Razak pointedly said that some of Malaysia’s wealthiest people owed their riches to opportunities created by the government’s policies.

“If we look at the list of names of the richest people in Malaysia, such as Robert Kuok, who gave him the key to become the rice and sugar king? It was given to him by the ruling government,” he was quoted saying by The Star newspaper. “Yes, he is driven, hardworking, industrious and disciplined — but that is not enough. Everyone still needs the key and they are hopeful that government policies are key to creating these opportunities.”

This was followed by a pointed rebuke of the magnate by several Umno leaders including secretary-general Adnan Tengku Mansor, who said Mr Kuok seemed to have forgotten his roots as he appeared unappreciative towards the support rendered by the BN government.

Umno minister Nazri Aziz called Mr Kuok a “coward” and a “pondan” (effeminate) and challenged the businessman to contest in the general election, which is expected to be called in months.

In a statement issued through his office on Monday (Feb 26), Mr Kuok denied Mr Raja Petra’s allegations including claims that he is funding the opposition Democratic Action Party (DAP).

“These allegations are untrue, and Mr Robert Kuok expressly denies them in their entirety,” the statement said, adding that they also “constitute very serious libel”.

Dr Mahathir said on Tuesday that the attacks against Mr Kuok were also insulting to people from Johor, where the tycoon was born.

“Kuok is from Johor. They (Johoreans) are sad too,” said the former premier.

He also said Mr Kuok never provided funds to BN when he was prime minister.

“Back then, we did not need much money. We received funds, but not much. It was enough for us. Kuok never needed to give us (money).”

Dr Mahathir was Malaysia’s longest serving prime minister, administering the country for 22 years until he stepped down in 2003.

He subsequently fell out with Mr Najib, whom he accused of corruption, and went on to ally himself with the opposition as part of his bid to oust the prime minister. AGENCIES