Dr Mahathir: ECRL project to continue if price is right 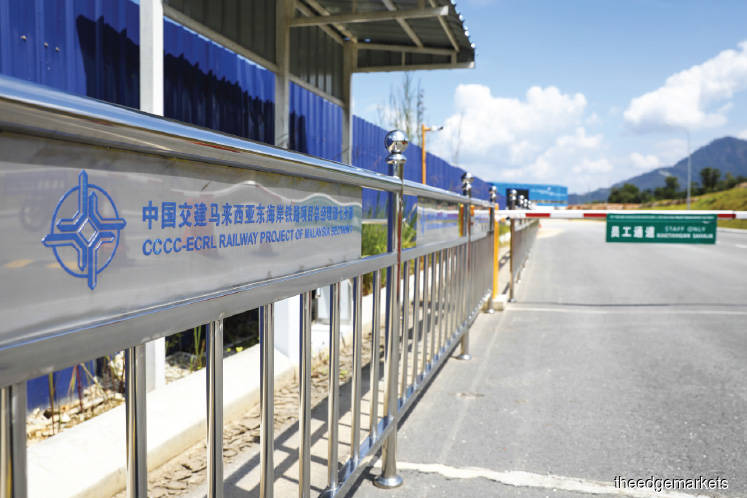 But for now, he said both Malaysia and China have not agreed on the price for the project.

“The government’s hope is to spend less money,” he reiterated.

“This railway project is very costly. More than RM55 billion and it will take us 30 years to repay the loan. We will be saddled with a lot of interest which in the end will amount to RM140 billion.

“We cannot afford [it], therefore, we try to lower the costs. If not, we will postpone it. It is not because we do not want to build (the ECRL), but we have a lot of debts owed by 1MDB (1Malaysian Development Bhd),” he said here after the launch of Metrod Holdings Bhd’s new plant.

Work on the ECRL has been suspended since July last year. A month later, Dr Mahathir said the project was cancelled after visiting China, though he later said it had been placed under review as the government was in talks with the project’s contractor China Communications Construction Co Ltd on the project’s fate.

As recent as late last month, Putrajaya had see-sawed over the project, with one minister saying it had been cancelled while another indicated that the announcement was premature. The episode prompted Dr Mahathir to clarify that some decisions were made but the government was looking to find a better solution.

Subsequently, Bloomberg reported that Malaysia was making progress in talks with China to revive the rail project. Foreign Minister Datuk Saifuddin Abdullah told the newswire in an interview on Feb 19 that China was willing to reduce the project’s RM81 billion price tag — the cost estimated by the finance ministry last July.

Saifuddin said talks on the project were “in the last mile”, and that discussions have been led by Tun Daim Zainuddin, an adviser to Dr Mahathir, with the aim of reaching a smaller project size and cost.

Two days later, a Chinese daily, citing Council of Eminent Persons chairman Daim, wrote that a negotiation team from the Chinese government is expected to visit Malaysia shortly to discuss the project further.

“Let’s put it this way, we are still negotiating. Actually, they (the team) will come to Malaysia this month. They invited me to China last time, but I could not make it, that’s why I’m inviting them to come to Malaysia,” he was quoted as saying.