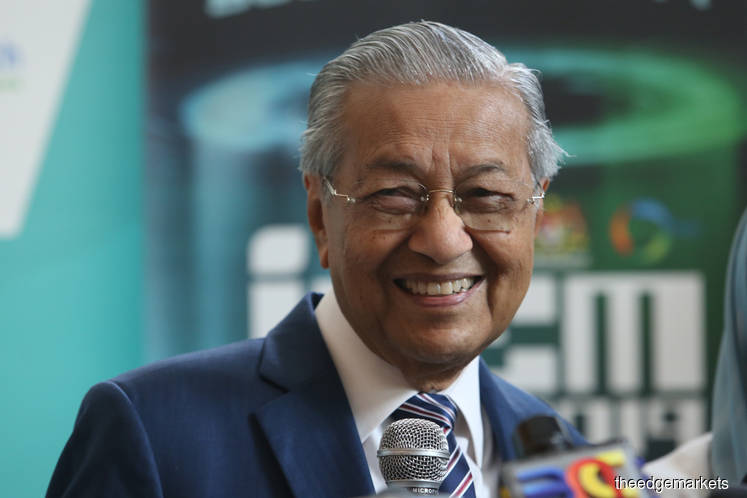 KUALA LUMPUR (Oct 22): Prime Minister Tun Dr Mahathir said he is not retracting his comments on Kashmir at the 74th UN General Assembly despite an Indian trade body urging its members to curb imports of Malaysian palm oil.

"We have to study the fact for the boycott [by Mumbai-based Solvent Extractors' Association (SEA) of India], what is important is their government has not said anything, so we will see what their government policy is going to be like," he told reporters at the Parliament lobby today.

Asked whether this would result in strained diplomatic relationship with India, Dr Mahathir said he has to "speak up".

"Sometimes we have to have strained relationship, but we want to be friendly with people. Malaysia is a trading nation, we need markets, so we are nice to people. But also we have to speak up for people, so sometimes what we say is liked by some, but disliked by some.

"This is not the Indian government, so we have to find out how we can communicate with these people, it is bad [if it] amounts to a trade war," he said.

Dr Mahathir also said that at the moment, the government is not planning to lodge any report to the WTO against potential trade sanctions on Malaysia.