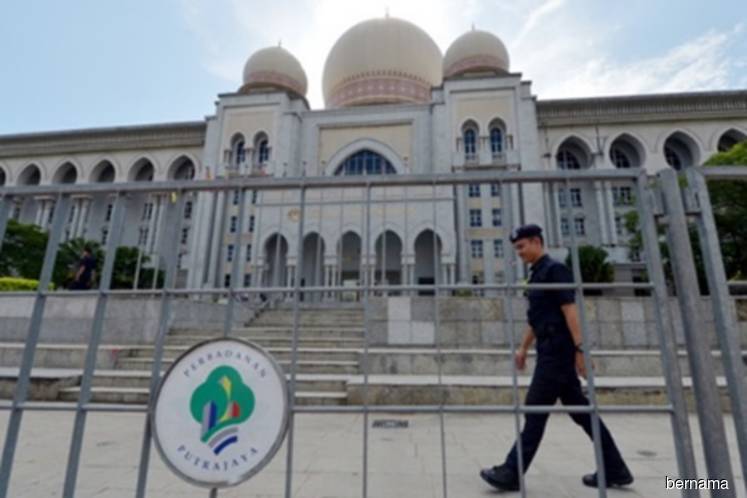 Federal Court seven-man bench led by Chief Justice Tan Sri Richard Malanjum today adjourned the matter to that date after allowing a request by Dr Mahathir's counsel Mohamed Haniff Khatri Abdulla for the review application to be heard on the same day as the appeal by Damansara Member of Parliament Tony Pua Kiam Wee which involved similar issue.

Justice Malanjum asked counsel Datuk Wira Mohd Hafarizam Harun whether by consent of parties, he would agree to the Federal Court granting leave to appeal to Dr Mahathir and Khairuddin to enable their case to be heard together with Tony Pua's matter or for today's matter to be adjourned to wait for the Federal Court's decision in Pua's matter.

Mohd Hafarizam who is representing former prime minister Datuk Seri Najib Tun Razak told the court he did not have instruction to consent to the granting of leave to appeal and conceded for the matter to be adjourned to April 23.

Dr Mahathir and Khairuddin filed the application to review the Federal Court's earlier decision in refusing to grant them leave to appeal, in a bid to reinstate their suit against Najib which was struck out by the High Court and Court of Appeal.

Dr Mahathir, Khairuddin and former Langkawi Wanita Umno member Anina Saadudin sued Najib on March 23, 2016, accusing him (Najib) of having committed misfeasance in public office and acting in breach of his fiduciary duty over the management of sovereign investment fund 1MDB.

On April 28, 2017, the High Court allowed Najib's application to strike out the suit, ruling that the prime minister was not a public officer but a member of the administration.

On Aug 30, 2017, the Court of Appeal dismissed the appeal brought by Dr Mahathir, Khairuddin, and Anina.

On Nov 5, last year, the Federal Court granted Pua leave to appeal over his tort of misfeasance lawsuit against Najib and the government which was struck out by the High Court.

Outside the court, Mohamed Haniff Khatri told reporters the review application would be heard on April 23, after the Federal Court complete the hearing of Pua's appeal.