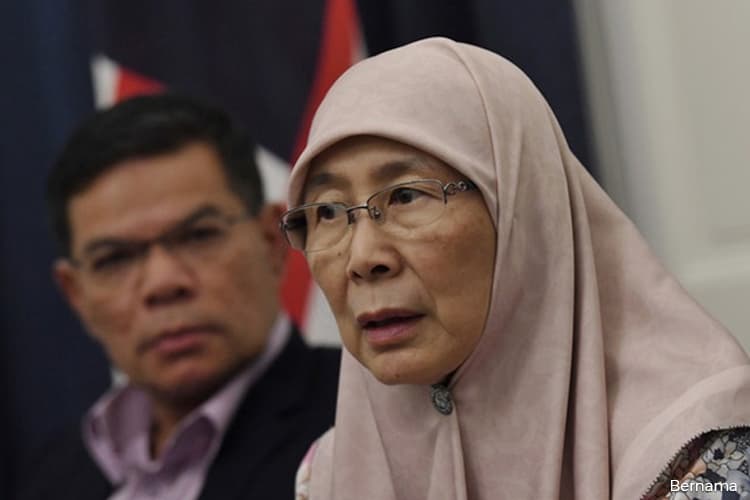 KUALA LUMPUR (March 14): The government is evaluating the seriousness of the air pollution caused by disposal of chemical waste into Sungai Kim Kim before deciding on whether to declare a state of emergency in Pasir Gudang, Johor, said Deputy Prime Minsiter Datuk Seri Dr Wan Azizah Wan Ismail.

She said checks would be conducted to obtain further information and a meeting would be held to discuss measures that could be taken to address the problem.

"We will have a meeting first for us to  consider the options because we have other measures (besides the declaration of emergency) that can address the problem.

"We will have to get to the bottom of this thing, we will consider the measures needed for the time being, as well as mid- and long-term action," she told reporters at the Parliament lobby today.

Dr Wan Azizah, who is also Women, Family and Community Development Minister, said the case was still under the jurisdiction of the state government and that she would be heading to Pasir Gudang also today to look into the situation.

She said the government would do whatever is necessary to ensure the safety of the people around Pasir Gudang, especially children.

The air pollution came about due to toxic fumes emanating from chemical waste dumped into Sungai Kim Kim.

So far , 947 people have received medical attention due to breathing problems. Of the figure, 82 have been admitted to the Sultan Ismail Hospital (HSI), Sultanah Aminah Hospital (85), KPJ Pasir Gudang (39), Regency Hospital (three) while eight individuals are in the Intensive Care Unit (ICU) of HSI.