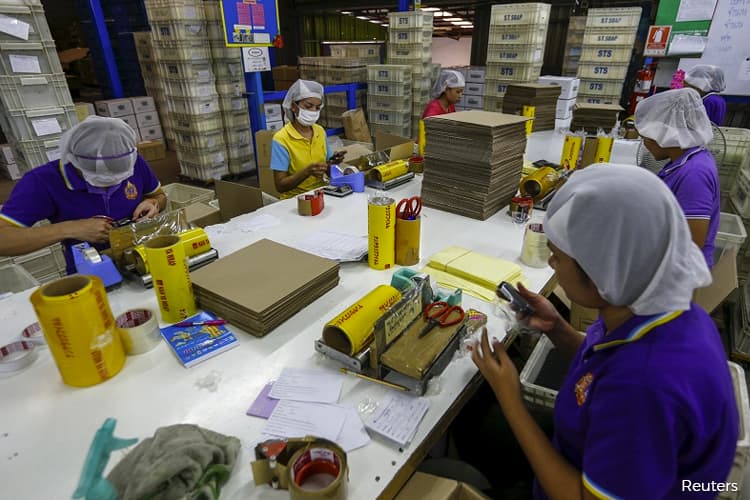 KUALA LUMPUR (April 14): AmBank Group Research said industrial production (IP) in Malaysia in the second quarter 2020  is set to be worse, both in terms of exports and domestic demand.

In an economics report today, AmBank Group chief economist and head of research Dr Anthony Dass however said the downside risk is likely to be contained with the rolling out of the stimulus measures in both the fiscal and monetary aspects.

Having said that, Dass, who is also an adjunct professor in economics at the University of New England, Sydney, Australia, added that until more is known about the probable length of the pandemic, businesses are likely to remain highly risk averse.

“Companies’ future earnings are expected to slide to an all-time low.

Dass said Malaysia’s IP rose to a near 3-year high in February, benefitting from across-the-board increase in manufacturing, electricity and mining.

He explained that the jump in manufacturing output was supported by the strong manufacturing sales which climbed by 7.0% in February from 2.6% in January.

“Despite the strong manufacturing output and sales in February, our Purchasing Managers’ Index manufacturing remained in the contraction region for the third consecutive month, reading below the “50” threshold that marks the division between expansion and contraction.

“With the manufacturing sector having cut production in March in response to the Covid-19 pandemic, it should potentially be reflected in March’s manufacturing output figure under the IP,” he said.

More so with the global pandemic reducing demand and restricting operating capacities due to severely delayed deliveries of inputs, said Dass.

“Expectations are for our manufacturers to make further cuts in production in the next 12 months on concerns over the duration of the global pandemic and how bad it is going to damage sentiments, prospect of sustained supply chain disruption and drop in new businesses from domestic and external clients,” he said.