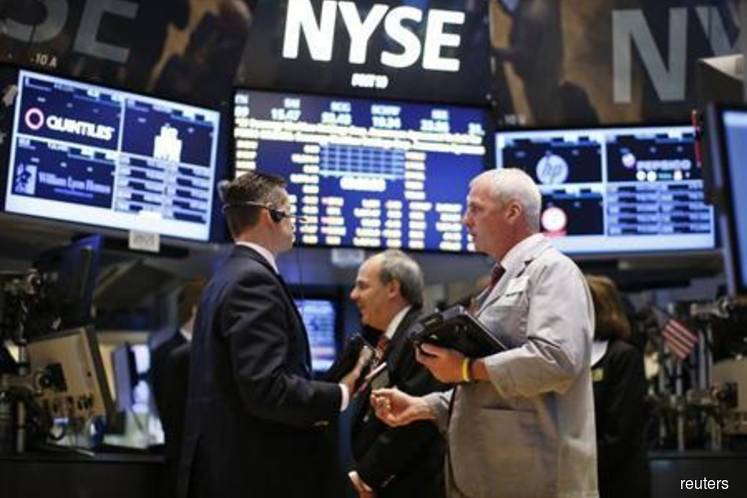 NEW YORK (Jan 10): The Dow Jones Industrial Average on Friday crossed the 29,000 mark for the first time, as gains in technology and healthcare stocks offset concerns from a report showing slower-than-expected US jobs growth in December.

The main US indexes opened at a record high despite futures initially wobbling after government data showed US jobs increased by 145,000 last month, below the 164,000 rise forecast by economists polled by Reuters.

However, the pace of hiring remained more than enough to keep the longest economic expansion in history on track despite a deepening downturn in the manufacturing sector.

Friday's report also showed the jobless rate holding near a 50-year low of 3.5% and average hourly earnings rising 0.1% in the previous month.

"This report is almost in line with consensus except for the wage aspect. That was disappointing. I'm saying that because of the need for the consumer to be (an) active participant in the economy. But the market isn't going to focus on this," said Quincy Krosby, chief market strategist at Prudential Financial in Newark, New Jersey.

"This report is not enough to move the market one way or the other."

The data also did little to change traders' expectations that the Federal Reserve will hold interest rates where they are for most of this year.

Global stock markets resumed their record rally this week after the United States and Iran backed down on further military action following a standoff, and hopes of an initial US-China trade deal kept investors optimistic about economic growth in 2020.

Technology stocks, the market leaders of the last decade, were on track for sharpest gains among the 11 main S&P sectors in the first full trading week of 2019.

Nvidia Corp rose 1.5% after Citigroup added the stock to its "catalyst watch" list.

With the fourth-quarter earnings season set to begin in earnest next week, analysts expect profits for S&P 500 companies to drop 0.6% in their second consecutive quarterly decline, according to IBES data from Refinitiv.

Energy stocks were a laggard, down 0.3%, as oil slipped on easing Middle East tensions.