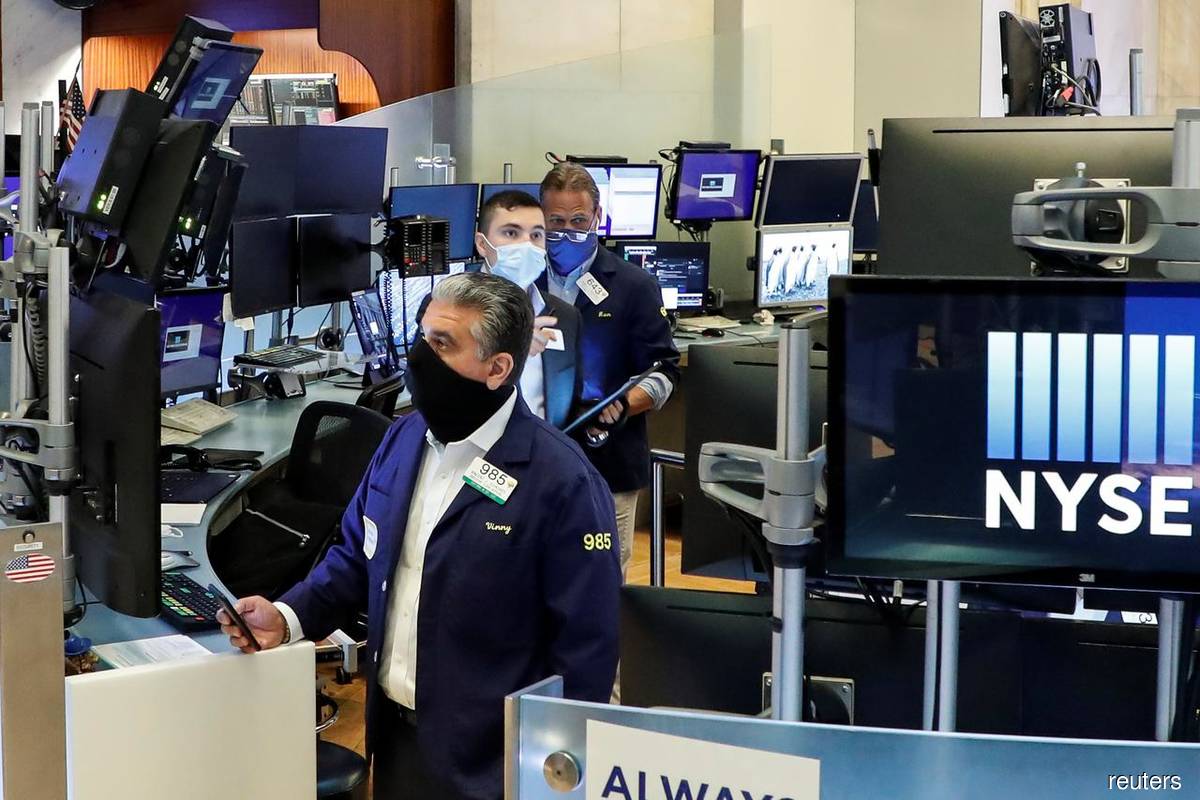 NEW YORK/BENGALURU (May 10): The Dow Jones Industrial Average hit a record high on Monday on hopes that interest rates would remain lower for longer, while the S&P 500 was subdued as a slide in technology shares offset a surge in commodity-linked energy and material stocks.

The materials sector hit a record high as miners and makers of steel products gained after gold, copper and aluminum scaled new peaks.

The energy index jumped to its highest in more than one year, after a cyber attack on top US pipeline operator Colonial Pipeline shuttered a fuel network that transports nearly half of the East Coast's supplies.

The S&P 500 and the Dow ended at record closing highs on Friday, as an unexpected slowdown in monthly jobs growth fueled bets that the US Federal Reserve would remain accommodative for longer.

With latest economic reports depicting that the US economy is not recovering at the explosive pace as previously forecast, inflation numbers and retail sales data this week could chart the next course for US equities.

"Inflation data is pretty important from a market leadership perspective," said Keith Parker, head of US and global equity strategy at UBS.

"The number should come in strong, and probably contribute to another leg in the reflation value rotation."

Breakeven rates on inflation on five-year and 10-year US Treasury Inflation-Protected Securities (TIPS), a proxy to inflation expectations, roared to their highest since 2011 and 2013 respectively.

Economy-linked financials, industrials and healthcare hit fresh peaks and provided the biggest boost to the S&P 500.

Technology, communication services and consumer discretionary that house megacap technology-related stocks were the only S&P sectors in the red.

The Dow transports, considered a barometer of economic health, added about 1.2%.

Cybersecurity firm FireEye rose 4.8% as industry sources said the company was among those helping Colonial Pipeline to recover from one of the most disruptive digital ransom schemes reported.