Dow heads for worst day since 1987 on Europe travel shock 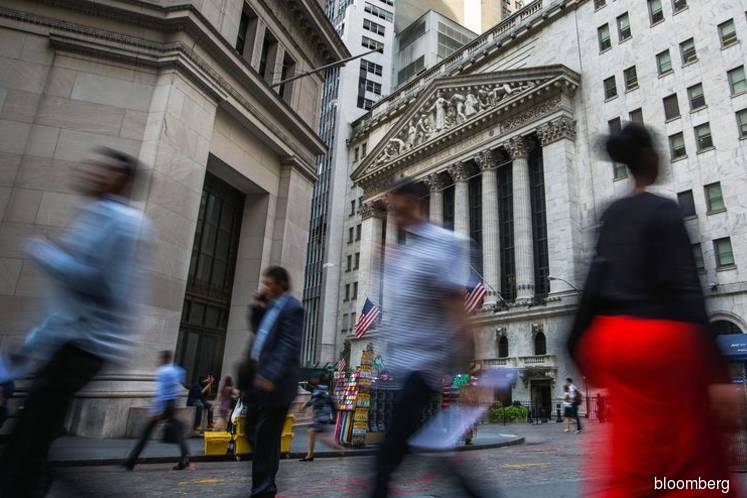 NEW YORK (March 12): The Dow Jones Industrials index was on course for its worst day since 1987, as President Donald Trump's sweeping move to restrict travel from Europe added to growing signs of corporate distress in the face of the coronavirus pandemic.

Airline stocks tanked 14.4%, while cruise liners plummeted between 17% and 23%, as the 30-day travel suspension from Europe worsened the outlook for a sector already reeling under business travel and holiday cancellations.

Boeing fell another 13% as JP Morgan abandoned its long-term buy recommendation on the planemaker's shares, a day after the company signaled major cutbacks and drew on a large chunk of additional reserve cash.

The stock, one of Wall Street's most influential, has lost nearly 40% this week alone and the company's recent actions are symbolic of major US corporations struggling to deal with the outbreak's financial impact.

"When you reach full-blown panic mode, it takes a lot to rebuild confidence, and that seems to be where we are headed," said Scott Brown, chief economist at Raymond James in St Petersburg, Florida.

"We are expecting (an economic) downturn and there is a lot of uncertainly out there."

Wall Street's fear gauge jumped to its highest since November 2008, as Trump also announced several steps to help small businesses, but failed to convince traders he would be able to blunt the virus outbreak's impact on the domestic economy.

Investors were also unnerved by the absence of targeted stimulus measures and the lack of details on a public health response after Trump made no mention of widely expected payroll tax cuts.

The MSCI world equity index crashed into a bear market in early trading, with all three major US stock indexes now also more than 20% below their record highs hit in February.

Trading on Wall Street was halted minutes after the opening bell with the S&P 500 sliding 7% and triggering a 15-minute cutout as traders fled to the perceived safety of bonds and the Japanese yen.

Worries about corporate credit are also heating up as prices of bond funds take a hit and companies start to draw on credit lines.

Bank stocks dropped 10.5% as Treasury yields tumbled on expectations of aggressive easing by the Federal Reserve.

All the S&P sectors were trading were down at least 6%, with energy down nearly 10%.