Don’t rule out the BRICs 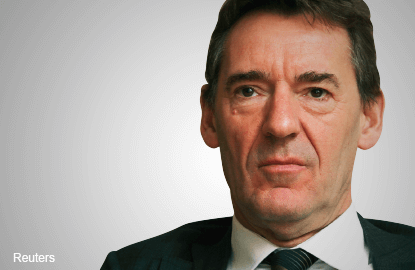 GOLDMAN Sachs Group Inc’s recent decision to merge its BRIC (Brazil, Russia, India and China) fund into a broader emerging markets fund does not signal that the idea of grouping the economies of Brazil, Russia India and China has outlived its usefulness. Rather, the move is a timely reminder that analytically sound concepts need not always translate into durable investment approaches — and for good reasons.

The BRIC concept was coined in 2001 by Jim O’Neill, then Goldman’s chief economist, to reflect the growing systemic influence of the four emerging economies. It designated a group of highly populated countries (totalling almost three billion people) that not only would experience significant internal changes, but also have an increasing influence on the global economy and markets as a whole.

O’Neal was right, and in quite a wide-ranging sense.

His BRIC notion signalled a much broader economic and financial maturation of the emerging world. In well under a decade, these economies went from being beset by domestic financial crises and economic meltdowns (including the 1997/1998 Asian crisis, the 1998 Russian default and the 2002 Brazilian near-default) to taking their place as powerful global growth locomotives that played a critical role in pulling the world economy out of the 2008 financial crisis.

More recently, however, these countries have tended to struggle. All four are experiencing lower growth rates, with the weakest among them (Brazil and Russia) in recession. All but India have gone through notable bouts of internal financial market instability. Brazil and Russia have also experienced a destabilising meltdown in their currencies.

Undoubtedly, part of this economic and financial retracement was caused by internal policy inconsistencies, weak institutions and, in the case of Russia, costly regional interventions (such as those in eastern Ukraine) that have triggered economic sanctions.

Another contributor is the challenge posed — to many countries, including advanced economies — by the world’s major central banks’ persistent reliance on experimental policies that are only partially suited to the policy task at hand and that have considerable spillover effects for the rest of the world.

Under such conditions, a traditional long-only investment fund that is focused on the four BRIC countries inevitably will struggle to deliver satisfactory investment returns, let alone superior risk-adjusted ones. As this becomes clear, many investors will naturally seek other opportunities, leading to a decline in the fund’s assets and further portfolio positioning challenges.

For both investment and business reasons, Goldman made the right decision by merging its BRIC fund with its broader emerging markets offering. Yet these countries remain an important source of external demand for many other countries. They continue to hold large international reserves that are predominantly invested in securities issued by the advanced world, including government bonds.

And whether they boom or bust, their cross-border significance remains a live issue today (recall that the China growth scare in August led to major global market instability and forced the US Federal Reserve to delay its interest rate hike).

If anything, the BRICS concept (expanded to include South Africa a few years ago) is becoming more notable because these countries are demonstrating an increasing willingness to take on a global system that they consider to be excessively (and unjustifiably) dominated by Europe and the United States.

And when they repeatedly fail in working with other powers to secure reasonable changes — such as the long-delayed reforms to the governance, representation and some of the nationality-driven practices of the International Monetary Fund and the World Bank — they no longer hesitate to pursue change by establishing new institutions (the Asian Infrastructure Investment Bank).

Even if Goldman Sachs was correct to redefine its fund, the BRIC idea remains very much alive. If anything, its analytical and policy importance will increase in the years to come. — Bloomberg View