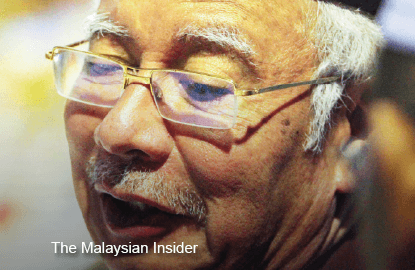 (Aug 19): Bumiputera entrepreneurs should not rely on Putrajaya alone to continue doling out aid to them, Prime Minister Datuk Seri Najib Razak said today as he launched a new government-funded programme for the country's largest ethnic community.

He urged Bumiputera entrepreneurs to also look to each other for support, saying that this would provide the spark needed to raise their community to the next level.

"Aside from turning to the government, we are not leveraging from among the Bumiputera companies on how to support and help each other," Najib said at the launch of the Bumipreneurs of Tomorrow (Bahtera) programme at the Kuala Lumpur Convention Centre.

"If we can add this extra dimension, then I believe it will be another impetus to empower the community of Bumiputeras."

He said there were too few Bumiputera entrepreneurs who could succeed on their own without the help of the government.

He said the government was now entering its "last leg" in its bid to develop the economy of the Bumiputera community, and Bahtera was its latest initiative.

Najib said Bahtera would be a big data platform exclusively for Bumiputera, with information from the Companies Commission Malaysia (CCM); ePerolehan, the portal for the Malaysian Government Procurement; and the Bumiputera Agenda Steering Unit (Teraju), among others.

"With this big data, we can get information which we can extend to the community of Bumiputera enterpreneurs so that they can do marketing, create business contacts, support each other's supply chain, and buy supplies from Bumiputera companies.

"This way, we can create an additional market among the Bumiputera companies," said Najib.

The launch of Bahtera today comes just a week after Najib announced a RM20 million allocation to Teraju as part of the government's efforts to strengthen the Bumiputera development programme. – The Malaysian Insider