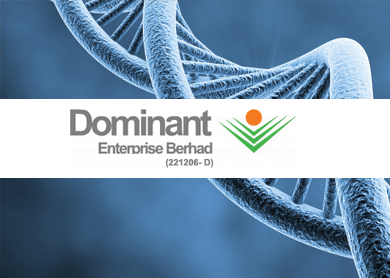 In its filing with Bursa Malaysia, Dominant Enterprise (fundamental: 1.1; valuation: 3.0) said its manufacturing division had posted lower operating profit of RM1.86 million for the quarter, despite an increase in revenue.

“The increase in revenue was mainly attributed to market share expansion and newly developed products, which enables the group to grow continuously,” it said.

The dampened performance of the manufacturing division was partly offset by higher operating profit from its distribution, as the segment recorded a gain on disposal of its warehouse in Puchong and better topline performance for the quarter.

Going forward, the group foresees no downside volatility for wood panel products, due to an expected rise in demand, but added that raw material costs and foreign exchange rates could affect its earnings performance.

“The company will continue to leverage its competitive strengths of its economies of scale to lower its costs of production, in order to achieve satisfactory performance in coming financial year,” said the group.