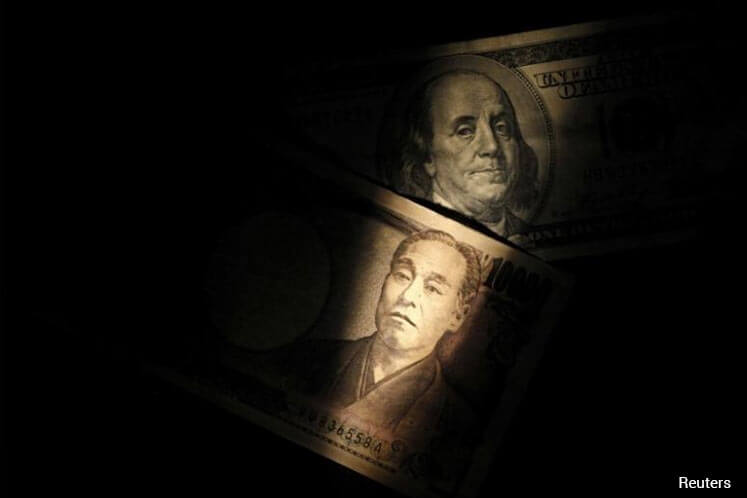 TOKYO (April 4): The dollar wobbled against the yen on Tuesday, buckling against its safe-haven Japanese peer as a risk-averse mood spread through the broader markets.

Investor appetite for risk has been dulled this week by a number of factors, such as caution ahead of the upcoming meeting between U.S. President Donald trump and Chinese President Xi Jinping and a suspected suicide bombing in St. Petersburg, Russia.

"The dollar is feeling pressure against the yen from an interest rate spread point of view, with Treasury yields having fallen to one-month lows as Wall Street despite decent data," said Shin Kadota, senior strategist at Barclays in Tokyo.

The dollar extended overnight losses and was down 0.15 percent at 110.685 yen, its lowest in a week.

The euro was steady at $1.0666 after rising only about 0.2 percent overnight against the dollar, its advance tempered by a sharp decline in German bund yields driven by flight-to-safety following the bombings in St. Petersburg.

Immediate focus in Asia was on the Reserve Bank of Australia's policy decision due later in the day.

The central bank is widely expected to keep its cash rate at a record low of 1.5 percent and focus is on its view of the domestic economy and its implications for the future path of rates.

The Australian dollar was flat at $0.7605, having declined steadily over the past two weeks from a four-month high of $0.7750.

The pound was little changed at $1.2489 after dropping 0.7 percent overnight on data showing British manufacturing lost momentum last month, the latest sign the economy may be running out of steam.